How do I deal with cultural insensitivity? Why aren’t my good intentions leading to flourishing in my community? Why don’t our conversations about race lead to real change? Why can’t I figure out how to actually do something about the division and tension I experience?

Common questions like these led a Christian ministry called Arrabon to develop a study series called Race, Class, and the Kingdom of God (RCKG). The first course, RCKG 101, includes videos, workbooks, and recordings from the band Urban Doxology to foster safe, authentic conversations about culture and race. The 201 content helps communities practically apply the knowledge and language they learn in 101.

"We believe the church should be
a foretaste of reconciled heaven
to our divided world."
— David M. Bailey

“The Greek word arrabon means ‘a foretaste of what is to come,’” says Arrabon founder David M. Bailey, who is also a Calvin Institute of Christian Worship program affiliate. “We believe the church should be a foretaste of reconciled heaven to our divided world.”

Arrabon has tracked at least 150 small groups in churches and educational institutions across the United States that had used either RCKG 101 or both 101 and 201. Arrabon has used feedback to tweak course content, format, and delivery.

Leaders and participants recommend Race, Class, and the Kingdom of God for its biblical foundations, accessibility, and ability to spark conversations.

Pastors, professors, and other church leaders appreciate that Race, Class, and the Kingdom of God doesn’t begin with white nationalism, systemic racism, or other thorny topics that may prompt defensiveness among people new to those topics.

At Messiah College in Grantham, Pennsylvania, Douglas Curry and Todd Allen led a dozen students through the first course. Curry oversees campus worship, and Allen is a communications professor who specializes in diversity and civil rights.

Curry says, “Even though reconciliation is ‘in the water’ at Messiah, Todd and I are grateful that Arrabon starts with biblical and theological foundations for addressing cultural differences. In my twenty-five years at Messiah, we’ve had many trainings and workshops connected to race, culture, and white privilege. Arrabon is unique in that they start with biblical and theological foundations.

“Their work is clearly embedded in a specific cultural context, and they’re doing active urban ministry,” Curry continues. “Yet their specific liturgical approach and language help other communities be attentive to their context and inclusive of the gifts present. For example, the Urban Doxology song ‘Purge Me,’ based on Psalm 51, has a flavor of their context in urban Richmond, Virginia. Yet it’s become part of the musical canon in our rural college’s chapel and for Seven, Messiah’s traveling summer worship band.”

Curry and Allen also appreciate that the course addresses cultural differences besides race. “RCKG includes hard-hitting and detailed analysis of ageism, sexism, and classism, especially in the ‘megagelical’ world. While target marketing helps churches get more people in seats to hear the gospel, there is a shadow side that seems to be increasing trends toward excluding certain groups,” Curry says. 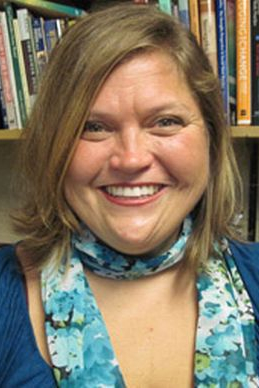 Stacia Hoeksema is a Calvin University social work professor who volunteers at Madison Square Christian Reformed Church (CRC) in Grand Rapids, Michigan. She led RCKG 101 as an adult education option with Laura Pritchard, who served for many years as Madison Square’s director of diversity.

“One huge strength is this course's connection to Scripture,” Hoeksema says. “We spent two weeks on the first session because people wanted to rewatch the video about the diversity God built into creation. It seems obvious once you learn about it, but most churches don’t offer specific teaching on this. Individuals struggle for a good way to think about their own culture and how it’s perceived. Most people at Madison have been exposed to the idea of whiteness as a culture, but RCKG brought a different dimension to the discussion.

“Some people say, ‘We shouldn’t talk about race so much. We should just focus on Jesus.’ This curriculum helps us respond to that critique. Six months later, we still hear participants talking about the Scriptural framework that contrasts empire with the kingdom of God,” Hoeksema says.

When Kafi Carrasco and her family moved to Oregon from Michigan, a Chinese-American friend invited them to Village Church in Portland. At about the same time, Ken Wytsma became lead pastor there. Wytsma and Carrasco are both friends of David Bailey. They talked about how the increasingly multicultural congregation had never had a sustained conversation on race and multiethnicity, so Wytsma invited Carrasco and her friend to lead RCKG 101 during weekly staff meetings.

“Going through RKCG was a really rich time,” Carrasco says. “The curriculum felt pretty new to a lot of people, and the questions gave them language to discuss the topic. It’s such a gentle foray into the conversation because it’s so biblically based. In 101 you talk mainly about cultures, not races. That was a bit frustrating for me sometimes because I wanted to stretch people to think about the power spectrum and current events and how power is worked out in the church. But I realized that the very gracious space created by 101 was exactly where most staff needed to be.”

She notes that conversations about race often center on black/white dynamics, ignoring brown and other racial identities. Village Church describes itself as the most ethnically diverse church in Oregon’s most ethnically diverse county. “Slightly more than half the congregation are people of color—Asian, Southeast Asian, Hispanic, and a handful of black people,” Carrasco says. “Even though RCKG grows out of the experiences of East End Fellowship in Richmond, Virginia, where the main groups are black and white, the 101 material applied really well to our setting and got us ready to talk about all that in 201.”

Hoeksema, Carrasco, Janice McWhertor, and Victoria Proctor Gibbs are all trainers for CORR (Congregations Organizing for Racial Reconciliation). CORR offers an intensive two-and-a-half-day anti-racism training typically attended by groups from local nonprofits, churches, and Christian schools. They see RCKG as both a good introduction and a supplement to programs such as CORR, Crossroads Anti-Racism Organization and Training, DORR (Dance of Racial Reconciliation), and Framework for Anti-Racism and Racial Reconciliation.

“Victoria and I were looking for small group resources on racism, so we decided to try Race, Class, and the Kingdom of God,” says McWhertor, a retired minister of congregational outreach at Church of the Servant (COS) CRC in Grand Rapids, Michigan. “I experienced this course as more of a beginning on- ramp for looking at racism. It’s a relationship-building experience for people who might not choose to be together naturally.” COS hosted a RCKG group of eight women from various churches, ages, and races.

“I was humbled by our group members’ willingness to share,” McWhertor says. “Many had difficult childhoods and still have many life struggles.” She and Proctor Gibbs hope to organize another 101 class and add a 201 class. 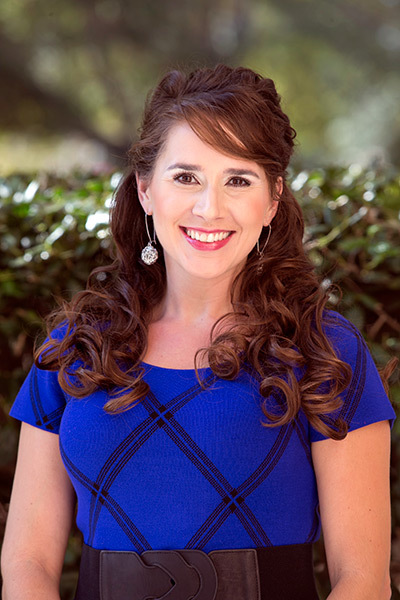 Emily Snider Andrews teaches church music and worship leadership and is a fellow at The Center for Worship and the Arts at Samford University in Birmingham, Alabama. “Our center focuses on worship, teenagers, and the arts, but we've been concerned by the lack of diversity in our work,” Andrews says, “and I know that my university struggles with creating safe spaces for difficult conversations about race and class. We were already familiar with Arrabon and Urban Doxology, so we believed that the class would be fruitful.

“The vast majority of our faculty, staff, and students are white. Our class of five men and three women included six faculty and two local pastors. We reflected metro Birmingham’s fifty percent African-American demographic, though we weren’t as socioeconomically diverse.”

The Samford group’s best conversation happened after Bailey was on campus for three days for lectures, conversations, and screening Arrabon’s documentary film 11AM: Hope for America’s Most Segregated Hour. Andrews says class members talked especially about two of Bailey’s points: all Christians and congregations are called to be agents of reconciliation, but not all congregations are called to be racially diverse. Bailey described his approach as pastoral rather than prophetic.

“I was surprised that our group conversations fell largely along racial lines,” Andrews says. “White members wanted to insist that diversity should be an actual goal and that Christians in these times should be more prophetic. One black pastor explained that he’d turned down calls to two predominantly white megachurches that wanted to become more diverse because he felt called to stay and ‘minister among [his] people.’” While white members voiced feelings of guilt and a desire to act, black members said it was best to first become more aware and stay engaged in the conversation.

Carrasco says the Village Church staff had a great conversation during the RCKG segment about different ways to present the gospel. “Depending on the culture,” she says, “you might emphasize guilt and innocence or honor and shame or fear and power. An older woman, a former missionary, remembered hearing Billy Graham talk about sin and guilt. But she said that younger Americans today use the word ‘shame’ a lot. They don’t want to be made to feel wrong or embarrassed. We all asked each other, ‘What’s cultural about the way you understand the gospel? What has to take center stage?’”

One of Bailey’s favorite stories comes from a church small group going through RCKG 101 who began talking about how to be more hospitable in the worship service. “They observed that during the greeting part of the worship service, where people shake hands and exchange names, members often ask, ‘What do you do?’ They observed that this question often becomes a class identifier, so they asked the pastor to give a non-status-oriented prompt before the greeting time, such as ‘What’s your favorite season of the year and why?’ or ‘What is one of your favorite things to do when you are losing track of time?’ They’ve found that these conversation prompts help people in the church to make deeper connections with each other.”

Feel free to print and distribute this story at your staff, board, or worship committee meeting. These questions will help people start a conversation about cultural differences and racial reconciliation: 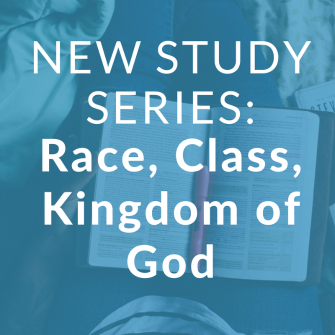 Race, Class, and the Kingdom of God