Amanda Benckhuysen on Preaching from the Minor Prophets

Most congregations have never heard a sermon preached from the prophetic books of Nahum or Obadiah. Other than a few choice passages in Jeremiah or Isaiah, the major prophets are mainly ignored too. That means worshipers are missing out on more than a quarter of inspired Scripture.

Amanda Benckhuysen is an Old Testament professor at Calvin Theological Seminary in Grand Rapids, Michigan. She also writes, speaks, and teaches about biblical hermeneutics, the history of biblical interpretation, and Christian feminism. In this edited conversation, she talks about why and how churches should consider preaching from the prophets.

The Revised Common Lectionary includes very little from the Twelve Minor Prophets. Why?

The RCL follows the seasons of the church calendar, which reflects the life of Christ. The gospels, as such, provide the focus for each Sunday’s lections (assigned Scripture readings). The other lections— that is, the Old Testament (OT) text, psalm, and epistle reading—are paired with the gospel text because they share similar themes. As a result, only OT texts that specifically relate to the gospel lections are listed during the seasons of Advent, Lent, and Easter.

During Ordinary Time, the RCL includes 2 different OT texts for each Sunday. One text pairs with the gospel text, and the other runs semi-continuously through the story of the patriarchs, the history of the monarchy, and, in Year C, readings from the prophets. That means the major prophets and minor prophets only receive sustained focus in Year C for somewhere between 23 and 26 weeks. That doesn’t give much time for more than a text or two from each prophet. For this reason, some prophets, like Nahum and Obadiah, are completely absent from the RCL’s three-year cycle.

Would worshipers know more about the prophets if they were included more often in the lectionary?

I suspect that even if the minor prophets had more presence in the lectionary, they wouldn’t necessarily be popular preaching material. Preaching on them can be difficult because these books often reflect God’s righteous judgment on his people. It can be hard to know what to do with these texts—especially on this side of the cross. Furthermore, these twelve books can feel like a patchwork of material with little rhyme or reason. As such, it can be challenging to know where to begin preaching from these books.

How often (if ever) do congregations hear sermons based on the books from Hosea through Malachi?

I don’t have any stats, but from my own experience, I know it is not very often. There are select texts that show up occasionally in pulpits:

It seems as if the rest is largely ignored. Of course, I would love to be wrong about this. It would be wonderful to hear from pastors who have tried their hand at preaching from these books. They could share their wisdom about how these texts can be heard afresh by the church today.

What themes are unique to the minor prophets?

All the prophets are different because they reflect different geographical contexts (northern and southern kingdoms) during diverse periods in Israel’s history (pre-exile and post-exile). However, a main theme that many of them share is Israel’s failure to keep the covenant and the devastating and destructive effects of this covenant unfaithfulness. Again and again, the prophets call out Israel for rejecting the ways and will of God and behaving like every other nation. For the prophets, this critique is not limited to issues of personal morality, but extends to Israel’s social, economic, political, and religious practices.

God had called his people out to be a holy nation, a royal priesthood, not to adopt the oppressive worldview of the peoples around them. If the prophets make the situation sound pretty dire, it is because they saw Israel’s failure as nothing short of a tragedy. God had blessed them with every good thing and every opportunity to flourish. Yet they chose greed and selfishness and pride over generosity and love and fear of God.

Is there much hope in the minor prophets?

Yes. In this world gone very wrong, the prophets persistently describe a God who longs for his people to return to him and receive mercy. What we learn from the prophets is that God’s natural disposition is not anger but chesed [Hebrew for steadfast lovingkindness]. Thus, God’s nature gives us hope because the God we encounter in the minor prophets won’t let go. He is committed to making all things new, bringing about a world of justice and righteousness. Such justice and righteousness, however, will mean judgment on Israel, judgment in order to dismantle Israel’s sinful behaviors and unjust practices. Israel would go through the refiner’s fire, but God would be faithful and, through that judgment, make all things new.

Can you say a bit more about how the minor prophets understood sin?

The minor prophets are unequivocal about the seriousness of personal and corporate sin. Some prophets focus primarily on idolatry and others on social justice. Yet they see idolatry and social justice as two sides of one coin. Worshiping other gods twisted Israel’s moral perceptions and led to moral decline. The call back to God is also a call back to right living.

That’s why the later minor prophets emphasized rebuilding the temple as the place where the people could gather to worship. In worship, Israel was reminded of its identity as God’s people. In worship, they recommitted themselves to loving the Lord their God with all their heart and loving their neighbor as themselves. In worship, they were reenergized in their calling to be a light to the nations.

How might congregations benefit from hearing more sermons on these books?

Christian communities today often place evangelism and social justice in conflict with each other, focusing on one or the other. Those that focus on social justice are often accused of having left the gospel behind. Those that focus on evangelism are accused of not caring for people’s physical needs. The minor prophets, however, hold these two in balance. They recognize that loving God and loving neighbor properly belong together. Proclaiming the whole gospel means calling people to follow Jesus but also loving people like Jesus did, so that in their experience of our love for them they encounter Christ.

What are good first steps for pastors to begin preaching on the minor prophets?

First, prophetic books can feel repetitive. Thus, instead of trying to preach through the whole book, pick two or three key texts that reflect the dominant themes. Second, prophetic books tend to alternate between judgment and salvation. Just as the prophets hold these two together, our sermons should as well. Without an understanding of what the problem is, salvation rings hollow. Without a recognition of God’s grace, judgment distorts the gospel. Together, however, they have the power to call us to repentance and open us up more fully to kingdom of God.

What pitfalls should preachers be aware of when preaching on the minor prophets?

Learn the historical background of the prophetic books. Historical context is really important for understanding the particularities of prophetic critiques. Elizabeth Achtemeier’s Preaching from the Minor Prophets: Texts and Sermon Suggestions is a helpful resource that gives preachers a quick intro to the life and times of each prophet. This will also help preachers discern helpful analogies between the situation of the ancient Israelites and our lives today.

Also, recognize that we live in a different time and situation than the prophets did. Because we live after the cross, we, as God’s people, do not fall under God’s judgment. Thus, regardless of the similarities that may seem evident between ancient Israel and our day, we cannot simply treat these texts as if they are addressed directly to us. Instead, I suggest that the prophetic texts function as a mirror, reflecting back to us sin that we might not otherwise be aware of and inviting us to repent. Furthermore, the prophets teach us something about God’s character. They give us images of God as angry at sin but also deeply saddened by it. In this sense, the minor prophets give us a glimpse into the heart of God and God’s desire for us and for his world.

Do you have any stories of reactions to sermons you’ve preached from these little-known books?

I preached on Hosea 11:1–11 at a baptism where a number of the people who attended were not familiar with the Bible. Even so, they found this text quite relatable. I remember one person said to me afterward, “First you were talking about me and my child, and then you were talking about God and me. I had this ‘aha’ moment, like I finally understood something of God’s heart.”

More generic reactions are simply astonishment at what is in these prophetic books. Prior to my husband’s sermon series on Habakkuk, very few people in our congregation knew what that book was about. Habakkuk passionately takes God to task for the suffering of God’s people. He asks hard questions about suffering that we also have but rarely dare voice. It was really powerful for people in the congregation to see themselves and their heart reflected in the prophet’s concerns.

Register for the 2019 Calvin Symposium on Worship to hear Amanda Benckhuysen go deep into why and how to preach from Old Testament prophetic texts—and to hear five sermons based on the minor prophets. Read Hidden Prophets of the Bible: Finding the Gospel in Hosea through Malachi by Michael Williams. 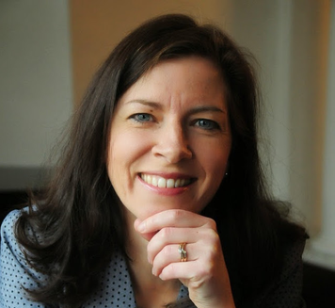 A Random, Crazy List or Really Cogent Lections: Preaching the Revised Common Lectionary
In this session, the panelists discussed the structure of the lectionary system and the advantages and challenges of its use.
Read more »

Here Comes God! - Micah 1
An Advent service plan focused on introducing the book of Micah with not only the judgment, but also the hope and grace pronounced by Micah, which we are reminded of during Advent. This is part of a series on Micah and the hope that he pronounced.
Read more »