In observance of the Good Shepherd Sunday, the fourth Sunday of the Easter season, Pearl Shangkuan, director of choral activities at Calvin University, shares her ten favorite choral settings on Psalm 23.

I think of Psalm 23 as being both deeply personal and universal. This psalm was one of the first psalms I learned as a child at church and home, and through beautiful choral music I learned and performed as a chorister. Over the years my love for this psalm deepens each time I conduct a choral piece based on it.

1. “The Lord Is My Shepherd” by Randall Thompson

Randall Thompson (1899–1985) was an American composer who spent much of his career composing choral music. His heart-stirring setting of “Alleluia” is his most well-known work. Other works that are frequently performed are “The Testament of Freedom” and “Frostiana.” He had an illustrious teaching career at the Curtis Institute of Music; the University of California, Berkeley; Princeton University; and finally at his alma mater, Harvard University.

Leonard Bernstein (1918–1990) was one of the first American-born conductors to achieve worldwide fame. A conductor of the New York Philharmonic, he was also a pianist and a composer of a wide range of music, including the Broadway hit West Side Story.

This is the second of his three-movement work Chichester Psalms, in which Bernstein juxtaposes Psalm 23 and Psalm 2 (at 4:04 in the linked video), especially meaningful in this turbulent time. Sung entirely in Hebrew, this movement calls for a boy soprano or male alto soloist.

Paul Basler (b. 1963) is a professor at the University of Florida, where he teaches horn and undergraduate composition courses. This setting of Psalm 23 is from a multi-movement work entitled Songs of Faith. A prominent feature in Basler’s choral works is the use of French horn obbligato.

4. “The Lord Is My Shepherd” from Requiem by John Rutter

John Rutter (b. 1945) is a British composer renowned for his sacred choral works and for founding and directing the Cambridge Singers in numerous recordings and performances. This Psalm 23 movement is from his large-scale work Requiem, written in 1985. Like the requiems of Brahms and Fauré, among others, it’s not a setting of the Requiem Mass in the Catholic liturgy, but a personal combination of texts from the Requiem Mass and the 1662 Book of Common Prayer.

5. “Ta cao chang de yang (The Sheep of His Pasture)” from Jubilate Deo by Dan Forrest

This setting of Psalm 23 is the third movement of Dan Forrest’s seven-movement Jubilate Deo (O Be Joyful in the Lord), sung in Mandarin Chinese with an erhu (a traditional Chinese stringed instrument) as obbligato. This movement can be done by either an SATB or an SSAA choir. Dan Forrest (b. 1978) is an American composer whose works are performed and loved all over the world.

6. “My Shepherd Will Supply My Need,” arr. Virgil Thomson

Virgil Thomson (1896–1989) was an American composer, conductor, and music critic for the New York Herald Tribune. This setting is his arrangement of Psalm 23 with text by Isaac Watts (1674–1748) and music from William Walker’s Southern Harmony, 1835.

7. “The Lord Is My Shepherd” by Franz Schubert

This setting of Psalm 23 by Austrian composer Franz Schubert (1797–1828) is more often sung in the original German, “Gott ist mein Hirt.” An important bridge of the classical and romantic music eras, Schubert is known today mostly for his symphonies, song cycles, and piano music. This setting for a women’s choir, written in 1820, is the original version.

Srul Glick (1934–2002) was a prominent and prolific Canadian composer who wrote in all major forms and is celebrated for his liturgical music as well. This trilogy for children’s choir and piano or string orchestra was written in 2000.

9. “The Lord Is My Shepherd” by Allen Pote

Known for his sacred music, American composer Allen Pote (b. 1945) is a frequent clinician for festivals and workshops. He and his wife cofounded the Pensacola Children’s Chorus, and he has served as director of music in several churches in Texas and in Florida, where he currently resides.

Randall Stroope (b. 1953) is a renowned American composer and conductor whose music is performed all over the world. A professor at Oklahoma State University, he is also highly sought after as a guest conductor and clinician across the country and internationally. This treble setting is scored for piano, flute, and oboe, here performed under the composer’s baton. 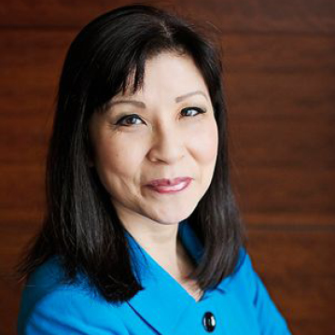