When Helping Heals: Affirming Global Service in our Churches

Providing charitable support and development assistance to people in need can and does work, but, like any important activity, we must learn how to do it well.

As church members, we all participate in various church-based service projects, whether in food pantries, tutoring programs, or short-term mission trips. We do this because the programs target critical needs in our community, most of which result from basic poverty, inequality, and discrimination. At the same time, we are often nagged by the suspicion that these programs are not as empowering as we want them to be. In fact, we might even wonder whether these programs hurt people instead of helping them. This is certainly what books like Robert Lupton’s Toxic Charity lead us to conclude. The same doubts that plague us in our domestic charitable efforts carry over into the international arena. Can we, through our government and through our churches, really help people in other countries? Or do we just create dependency, feed our own god-complexes, and foster corruption?

What we would like to tell you is that providing charitable support and development assistance to people in need can and does work, but, like any important activity, we must learn how to do it well.

As professors of international development for most of our careers, we have witnessed a sea change regarding global service over the last two decades. Global service in our churches is often packaged in short term mission trips () to countries in Latin America or Africa. Often churches also have relationships with international development organizations like World Renew, World Vision, International Justice Mission, and many others.

In the nineties and early aughts, young people especially were enthusiastic about these opportunities to serve globally. Optimistic attitudes were linked with the United Nations Millennium Development Goals (MDGs), a strategy associated with eight time-bound and measurable targets for combating poverty, hunger, disease, and illiteracy by 2015.

Economist Jeffrey Sachs’s The End of Poverty (2005) drummed up considerable support for the MDGs. Sachs argued that countries could end extreme poverty through significant increases in foreign aid. He also noted that foreign aid hadn’t always worked, but that was because aid levels were paltry or distributed to the wrong countries. These might have been strategic, moderate-income countries that didn’t need the aid like Egypt, or corrupt regimes that squandered or stole the money, as in Mobutu’s Zaire. If the West targeted foreign aid to countries that really needed it, extreme poverty would be overcome and countries would take off economically.

The era was especially because the Millennium Development Goals defined a new era of international development. The Global North and Global liberated from the straitjacket of the Cold War, could think about development in broader, more holistic terms that embraced markets and governments, multiple sectors of development, and genuine partnerships between the two.

The Christian community joined right in with this new and optimistic project. Prominent evangelical leaders like Rick Warren and Richard Stearns, originally steeped in soul-saving evangelical efforts, wrote books urging Christians to spread the whole gospel (word and deed) to the whole world. As such evangelical leaders urged the faithful to get involved in fighting global poverty, younger Christians were participating in STMs in unprecedented numbers. In 1989 120,000 Americans participated in STMs; by 2006, that number jumped to 2.2 million. Christians in the 1990s and early 2000s exhibited an unbridled enthusiasm to ‘serve the world’s poor’.

And then the pendulum swung the other way. Steve Corbett and Brian Fikkert’s wildly successful book When Helping Hurts (2009) suggests that STMs, sometimes plagued by poor preparation and questionable tactics, are often cross-culturally inappropriate and paternalistic. Economists William Easterly and Dambisa Moyo weighed in with serious criticisms of Jeffrey Sachs’s work. They both wrote books arguing that foreign aid doesn’t end poverty or spur economic growth; instead, it creates dependency and contributes to corruption. These and other discussions about the opportunistic and self-serving nature of international development led to a growing skepticism about its goals, motives, and ability to really help. As the pendulum swung toward skepticism, just as with the optimistic period, the same mood that prevailed in secular circles infiltrated the church community. Churches as well started questioning the value of their own charity-based activities.

How do we resolve the reality of the swinging pendulum? Which of the swings is based on the more accurate picture of aid effectiveness? To answer this question, we have written a short book called When Helping Heals, published by Calvin College Press. This book evaluates the debates about global service by looking back over the history of international development from the end of World War II to the present. The goal is to discover what we have learned over the last 70 years about helping people. What we discovered is that, even though it is not always true that the best answer is to be found in the middle, that’s the way it seems here. Yes, sometimes has been and is harmful, but other times it has been extremely positive and helpful. As is so often the case, if we want to do good work, we must avoid harmful practices and adopt ones that really work.

The book makes three main points. First, we must acknowledge the fact that God calls Christians to “Love your neighbor as yourself” (Luke 10: 27). Numerous scripture references—the story of the Good Samaritan, the reminder that we are extending our hands to Jesus himself when we meet the needs of people who are hungry, thirsty or in prison (Matthew 25: 34-40), or the vision of shalom and the call to action in Amos 5: 24 to “Let justice roll on like a river, righteousness like a never-failing stream”—encourage us to reach across cultural and religious lines to help out our neighbors wherever they may be to bring about human and community flourishing. It would be strange if God asked us to help each other if such “helping” is always harmful.

Second, although we live in a world that has made tremendous progress in terms of combating poverty and respecting human rights, there is still a lot of work that needs to be done. 800 million people still go hungry every day (Bread for the World says that 48 million people in the US don’t have enough good food either). 30 million people are held as slaves. 60 million refugees have no safe place to be. And numerous countries, from Honduras to South Africa, continue to struggle with government. Our world begs for wholeness.

And finally, if we’re going to be engaged in the world, we need to do it well. A powerful misperception exists that anyone, anytime, anyplace can “do international development.” STMs have encouraged this idea, but the idea is not helpful or necessarily true. Global service is hard work.

When Helping Heals cautions Christians to take stock of their situation. Like Corbett and Fikkert, we know that God intends us to help our neighbors, but we want to learn how to do a better job of it. So if your heart is tugging at you to respond to the call of global service, you should feel affirmed. But you should also learn as much as you can about the field of international development and the practices that actually work. Today, large-scale programs like the Sustainable Development Goals and grassroots development organizations like the Mennonite Central Committee, World Renew and the Association for a More Just Society incorporate many of these lessons. Here are a few of them:

These lessons, we would argue, apply to global service, but also domestic service. What changes might we envision for our church service projects if we applied these lessons? Would they be structured differently? Would their mission and goals be different for both churches and global partners? What changes might come about if church leaders talked about domestic or global service from the pulpit, in , or in prayers? What re-learning might take place?

Whatever the specific changes in our churches, we have noted in our book that building on what works and learning from our mistakes will allow us to commit ourselves to working with our neighbors in a more fruitful way. In the process, God willing, we can contribute to building where the dignity of everyone is respected, the voice of everyone is heard, and the well-being of everyone is assured. 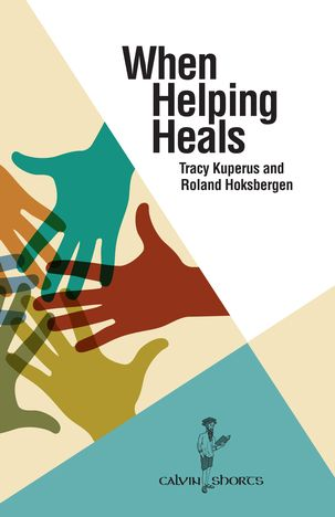 Mark Mulder on Debunking “the Culture of Poverty”
It is important for financially stable churches and Christians to build relationships with those in poverty. But the reason may be different than what you might assume.
Read more »

When Helping Heals: An Economist and Political Scientist Affirm Global Service
Is it possible to work in international development without hurting those we are helping?
Read more »

Jonathan Brooks on Ministering with the Community
The pastor of a church where love makes the difference explains why they no longer do outreach ministry.
Read more »