Mark Mulder on Debunking “the Culture of Poverty”

It is important for financially stable churches and Christians to build relationships with those in poverty. But the reason may be different than what you might assume.

Mark T. Mulder teaches sociology and congregational and ministry studies at Calvin College in Grand Rapids, Michigan. He co-authored his most recent book, Latino Protestants in America: Growing and Diverse. In this edited conversation, Mulder talks about why churches should rethink belief in “the culture of poverty.”

Where did the phrase “culture of poverty” come from, and what does it mean?

American anthropologist Oscar Lewis first used the term in his 1959 book, Five Families: Mexican Case Studies in the Culture of Poverty. He argued that there’s a culture of poverty—values, behavioral patterns, ways of understanding the world—that makes poor people different from others. Daniel Patrick Moynihan wrote a U.S. Department of Labor report in 1965 to figure out why African American families remained mired in poverty. He talked about a “tangle of pathology” that produces families led by single moms. He called for national action to end “the cycle of poverty and disadvantage.”

Some would say that the culture of poverty concept was born on the left, because Moynihan became an influential Democratic U.S. Senator. But the people who gravitate to this concept now want to end this cycle by getting poor people to live and behave more like the middle class. They think poverty is about bad choices and lifestyles. These tend to be the same people who want to cut welfare because they think it breeds dependency.

What common decisions or actions flow from a congregation’s assumptions about the culture of poverty?

In churches that assume there is a culture of poverty, there’s a lot of emphasis on individual control and cultural behaviors. This focus has a lower cost for the rest of society. It’s also easy to understand—middle-class individuals just have to build relationships to show the poor how to live and disrupt their patterns. Adopting this focus means we don’t have to change structures and address inequities in healthcare and transportation and real estate and employment. We don’t have to broach difficult conversations about costly and abstract topics.

Have you come across culture of poverty assumptions in churches you’ve been part of?

Yes. I’ve been a deacon twice, and benevolence has been a significant component each time, as it should be. The idea of building relationships to address poverty appeals to evangelical Christians. It’s not wrong, but it’s not enough to show someone how to budget, because that doesn’t necessarily influence their rate of eviction or quality of their children’s education or their access to healthcare.

Evangelical churches frequently want to mentor them out of certain behaviors into something the congregation defines as virtuous. Financially comfortable people tend to judge because they’re blind to the fact that it takes money to save money. A middle-class family can afford to buy in bulk in Costco. A poor family might not have transportation, money to buy in bulk, or a freezer to store all that frozen meat.

Have you noticed other assumptions when churches reach out to poor people?

Michael Emerson and Christian Smith discussed “the miracle motif” in their book Divided by Faith: Evangelical Religion and the Problem of Race in America. They explain the miracle motif as a theologically-rooted idea that racism will go away if more people become Christians—and behave as if every person they run into really was an image bearer of God. But Christians can be racists. More than that, they can participate in and benefit from a racist political and economic structure. However, their highly individualized sense of Christianity makes some people unable to see institutional and structural racism. Similarly, some Christians have trouble grasping the systems that cause poverty.

Divided by Faith has a good parable to help reorient thinking about structural injustice. Two friends go to a fat camp. One gets put in a cabin with nothing but healthy food in her cupboards and refrigerator. Likeminded people and a personal trainer visit her. The other friend gets put in a cabin all by himself. It’s full of junk food; no one visits to go for a run together. So, they have very different structures in place. They go to their first weigh-in, and she is disgusted to see that her friend has gained weight. But she’s assuming everything in her cabin is the same as in his cabin. When we assume that everyone lives in the same kind of cabin we do, we don’t understand the systems and structures that can limit other people’s opportunities to thrive.

Many churches, schools, and multicultural conferences use Ruby Payne’s Framework for Understanding Poverty to build bridges between socioeconomic classes. Is it helpful?

I appreciate that her books start from an interest in caring. Ruby Payne and her associates are pained by poverty. My concern is that their approach trades heavily on the idea that people in poverty have different values and behaviors compared to the middle class, and that’s why they remain poor. The social science evidence tells us the opposite. Payne’s “framework of poverty” gets the causation arrow wrong.

I recommend reading Tally’s Corner: A Study of Negro Streetcorner Men by Elliot Liebow. The people he profiled made calculated decisions that anyone in their position would make. When I was a deacon, we would get requests for help paying Smartphone bills. Some deacons thought that was a want, not a need. But a landline doesn’t give you access to the internet to look for jobs or stay in touch with colleagues. If you don’t have wi-fi or a computer, you’ll depend more on a Smartphone. It’s easy to suggest using a public library computer instead. But that assumes you have discretionary time and a way to get there when the library’s open.

How do you suggest framing discussions about how churches can help people rise out of poverty?

Churches are not social service agencies, but we should be involved. To be in solidarity with poor people, congregations need to know more about their context, their neighborhood. Churches do a pretty good job of meeting emergency needs through food pantries, but they should also be asking about the systems and structures that perpetuate those needs. Building relationships, of course, is great. However, it’s wrong to assume that your relationship is so powerful that it can undo the structural forces of the political economy.

For instance, people may assume that neighborhoods are segregated because people naturally sort themselves. But federal housing policies and racial redlining prevented black people from buying homes and building wealth. Federal policies subsidized white suburbs with cheap loans and federally-funded highways that made those subdivisions more accessible. You can learn about this from Richard Rothstein’s book The Color of Law: A Forgotten History of How Our Government Segregated America. Relationships alone cannot address a half-century of government-supported residential segregation.

As congregations become more aware of structural injustice, they could begin using their resources to engage their neighborhoods. Churches aren’t always aware of their own assets, like industrial kitchens, unused spaces, and volunteer networks. They don’t always realize how much more they can do by collaborating with other congregations, such as some churches do in Grand Rapids, Michigan, through Gatherings of Hope. These kinds of groups can help congregations build relationships across socioeconomic contexts while also addressing structural inequalities.

What resources or first steps might help churches reexamine their assumptions about income inequality and why people are poor?

I’d suggest looking at how generously the early church gave. They thought of themselves as giving to Christ. When giving requests come up in churches today, there’s so much judgment. I’d be nervous about someone examining my budget. I have privileges I didn’t earn.

It’s also good for churches to read and discuss two books—Divided by Faith: Evangelical Religion and the Problem of Race in America by Michael Emerson and Christian Smith and Blaming the Poor: The Long Shadow of the Moynihan Report on Cruel Images about Poverty by Susan D. Greenbaum. Both are easy to read.

Attend the 2018 Calvin Symposium on Worship to hear speakers and panels discuss poverty, income inequality, and helping that heals. Mark Mulder will co-present on the future of Latino Protestants in America.

Read Mulder’s essays “Right Diagnosis—Wrong Cure,” about why and how Christians should commit to racial reconciliation, and “The Short and Tragic Lives of Black Youth.” 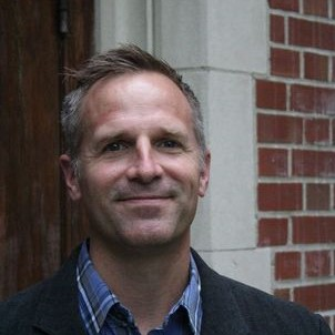 Jonathan Brooks on Ministering with the Community
The pastor of a church where love makes the difference explains why they no longer do outreach ministry.
Read more »