The Dramatic Story of the National Baptist Hymnal

In the late 19th century, African American Baptists had organized the National Baptist Convention as a means to facilitate foreign missions, home missions, and higher education. Out of the home missions agenda, came forth a publishing concern that would be called the National Baptist Publishing Board led by Richard Henry Boyd. Boyd’s vision was to produce Sunday school literature and a hymnal specifically for African American Baptists. When the first edition of the National Baptist Hymnal appeared in 1906 the hymns reflected the heritage of English hymnody as there were no Spirituals or other Public Domain songs included. This workshop explores the context of this hymnal, and possible reasons why it is a product of English hymnody. 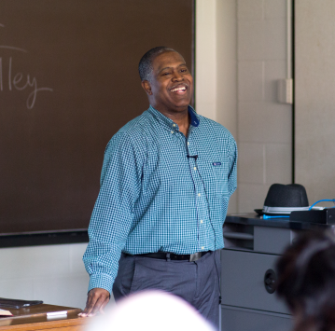 Your Brain on Arts
An Art Professor’s Insights on What Brain Science Is Telling Us About Creativity, Imagination and Congregational Life
Read more »