Richard Henry Boyd was determined to give Jim Crow-era African-Americans their own voice in worship. Calvin College history professor Eric Washington tells the story of how the hymnal he published helped do that.

This organizational and denominational structure serves as part of the context that Richard Henry Boyd operated within. Boyd’s story, however, begins in the late history of American slavery.

Boyd was born into slavery in Noxubee County, Mississippi in March, 1843. Because he was a slave of the Gray family, his birth name was Richard Gray. After living in Mississippi and Louisiana, his master’s family settled in Texas in 1859. When the Civil War broke out in 1861, Boyd’s master took up arms in defense of the Confederacy and took young Dick Gray along. Gray survived the war and received his freedom when the Thirteenth Amendment was passed in 1865. Then came two more important events: He learned to read, and in 1869, he became a Christian. Then, as many former slaves did, he changed his surname. The man who had been known as Dick Gray became Richard Henry Boyd. He also became a licensed preacher at the Hopewell Baptist Church in Navasota, Texas. During the 1870s and 1880s, Boyd rose as a leader among African-American Baptists as he pastored churches, helped (along with Southern Baptists) to organize a district association in southern Texas, and was instrumental in founding the Texas Negro Baptist Convention. During his tenure as education secretary of the TNBC, Boyd entered into a working relationship with the Southern Baptist Sunday School Publishing Board in Nashville. Boyd was part of a faction within the TNBC that distrusted the Northern Baptists and their American Baptist Publication Society's monopoly of distributing Sunday school literature to African-American churches. In 1893, Boyd and others of this faction formed a new state convention, the General Missionary Baptist Convention of Texas. The new convention was intent on publishing its own Sunday school material, and owing to Boyd’s relationship with the Southern Baptists he received $120 worth of literature from them. Unlike the Northern Baptists, the Southern Baptists supported the publishing initiative of their African-American brethren.

Boyd and other members of the General Missionary Convention attended the 1895 organizational meeting of the National Baptist Convention in Atlanta, where they pressed the new organization to form a publishing board and publish its own educational material. The Convention did not form a separate publishing board but did agree to begin publishing material under the supervision of its Home Missions Board, of which Boyd had been elected secretary. So Boyd’s dream of African-American Baptists publishing their own educational material was underway under his own oversight in 1896.

In addition to its own Sunday school literature, the Parent Body of the National Baptist Convention allowed Boyd to publish a hymnal in 1901. In 1906 it published the famous National Baptist Hymn Book, which is still being published. In the book’s preface, Boyd stated that its purpose was “to aid the song service of the Lord’s house, and thereby make his praise more glorious.” Boyd envisioned the hymnal as “regularizing” and improving congregational singing in the churches by making sure everyone was on the same page, as it were.

The 1906 publication of the National Baptist Hymn Book is part of a larger history of African-American Baptist publishing that began in the very late 19th century. It should be understood in the context of African-American attempts to forge their own way and lift themselves in the face of post-Reconstruction pressures and Jim Crow. From a narrow ecclesiastical perspective, the hymnal helped regularize congregational singing in National Baptist worship. But it also indicates Boyd’s desire to show that National Baptists were no different than white Baptists in what they sang in worship. How they sang is another story. 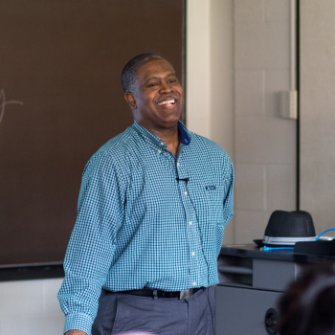 African-American Church Music: Beyond the myths
Do you think spirituals and gospel music pretty well sum up African American church music? Here's an invitation to discover the riches of African American sacred music, no matter who you are.
Read more »