African-American Church Music: Beyond the myths

Do you think spirituals and gospel music pretty well sum up African American church music? Here's an invitation to discover the riches of African American sacred music, no matter who you are.

Dr. James "Jimmie" Abbington likes to lecture while sitting at a piano or organ. It's the best way to get his favorite points across.

At the 2004 Calvin Symposium on Worship and the Arts, he flew through a sampling from choral anthems he's edited and songs in the African American Heritage Hymnal.

"Now you'd probably expect this hymnal to have a spiritual, like 'Wade in the Water,' or 'Oh Happy Day,' written by Edwin Hawkins. He's considered the father of contemporary gospel music.

"But you certainly would not expect to find 'Guide Me, O Thou Great Jehovah' or 'When in Our Music God is Glorified.' Yet there are African-American congregations that do sing those hymns-and will probably keep singing them till Heaven gives the word," Abbington said.

He hummed, played, and invited workshop participants to sing along. Ragtime. Nathan Carter's lyrical setting of Psalm 1. Jazz. Charles Garner's meditative "The Lord's Prayer." Dramatic, crashing gospel chords. A call-and-response song: "Death comes knocking at the drunkard's door. 'Are you ready to go?' 'No, no, 'cause I ain't got my travelin' shoes on.'" A spiritual as slow as a dirge.

Many churches, many stories

"One misconception about the African American church is that it is monolithic. It's more accurate to talk about the churches of African Americans. Whether Catholic, Lutheran, Episcopal, Baptist, Methodist, Pentecostal/Holiness, African Methodist Episcopal, whatever, they all have different worship styles and preferred music genres," Abbington said.

"Please understand that all African American religious music is not spiritual or gospel," he said.

Abbington is as musically multilingual as the tradition he studies and shares. Raised Pentecostal in the coal mining town of Gary, West Virginia, he started learning piano from his mom at age five.

At Morehouse College, a historically black college for men, he studied organ with the legendary Dr. Wendell Phillips Whalum who introduced him to the concept of using the Christian liturgical year. "Using the Christian year as a focus for musical selections made so much sense to me," Abbington says.

While earning his doctorate in music arts at the University of Michigan, he was organist, choir director, and lay minister of music at Detroit's Hartford Memorial Baptist Church, a place Abbington describes as "the most liturgical, Baptist Pentecostal Episcopal church in the country." He has served as music coordinator for the NAACP and Progressive National Baptist Convention.

Now a lecturer at Morgan State University in Baltimore, Abbington is constantly busy-directing choirs, leading workshops, writing books, and generally living up to what Martin "Daddy" Luther King Sr. asked of him before Abbington left Atlanta.

After all, he explains, good music often goes straight to the heart by touching on universal experiences. For example, Fanny Crosby, blinded in infancy by a quack doctor's mistake, was from a poor white family in New York. Thousands of black congregations sing her songs, such as "Pass Me Not, O Gentle Savior" and "Blessed Assurance," because they identify with her experience.

Thomas Dorsey wrote "Precious Lord, Take My Hand" after his beloved wife, Nettie, died in childbirth, followed a day later by their newborn son. Thirty-six years later, Mahalia Jackson sang the song at Dr. Martin Luther King Jr.'s funeral. Whether or not they know the story behind the song, Christians of many ethnicities and denominations find comfort in "Precious Lord."

For many Christians, singing classic hymns-or new hymns with traditional structures and harmonies-makes them feel connected to the worldwide, age-old body of Christ. At his symposium workshop, Abbington played a Christmas carol that was lovely but new to most participants.

"If I didn't tell you, would you have believed that the composer was a 35-year-old African American? Well, who would have known?" he asked. The composer, Rev. Nolan E. Williams Jr., was music editor for the African American Heritage Hymnal,which includes dozens of his hymns and arrangements.

During a symposium worship service, Abbington demonstrated several ways that any church can use church music with African American roots. For example, he asked worshippers to intersperse a responsive reading of Psalm 116 with "I love the Lord; he heard my cry," the refrain from a spiritual based on the same psalm. Singing those words together, and then elaborating on them through reciting the psalm, somehow made God's intent come through more clearly.

This song's for you

At the symposium and wherever he lectures, directs, plays, or leads, Abbington delivers this message: "This is not 'our' music. It is music for the whole church."

Which leads us to the myth that Abbington especially wants to dispel. After regaling workshop participants with an especially fast, bouncy rendition of "We've Come This Far by Faith," he said, "I want you to release this myth: 'I'm not African-American, so I can't do this right.' Otherwise all any of us could sing or play would be folk music from our own traditions. And that would make this a pretty boring world."

It's true that some musicians are more gifted than others at riffs, arpeggios, and spontaneous embellishments. But Abbington pointed out that in the last 15 years, it's become much easier to find printed notations of music recorded on CDs. What's more, the African American Heritage Hymnal contains songs that have been carefully notated according to how they are actually sung in black churches.

Dr. Jimmie Abbington's life and example show that everyone can reach back into their own sacred music tradition to find gems worth sharing within their religious or ethnic community-and far beyond.

Hear Thomas A. Dorsey, Horace Clarence Boyer, and other notable scholars tell the stories behind black gospel music. You can watch Episode Three of the six-part PBS series This Far by Faith: African-American Spiritual Journeys, read the transcript, or peruse Juan Williams' book about the series.

Educate yourself about the many-faceted world of gospel music at the annual Gospel Music Workshop of America. Learn from African American pastors, theologians, and church musicians at the annual Hampton University Ministers' Conference.

"By singing each other's songs of faith, we remember that the community of faith into which we are called is much larger than just our congregation," writes Dr. Marian E. Dolan.

Include African American worship resources in your liturgies. Explore suggestions in Going to Wait and Waiting to Go, edited by Drs. Linda Hollies and James Abbington, and from the National Council of Churches.

What is the best way you've found to use more African American music and resources in your congregation's worship?

Whether you do these or any other things, we'd love to learn what works for you: 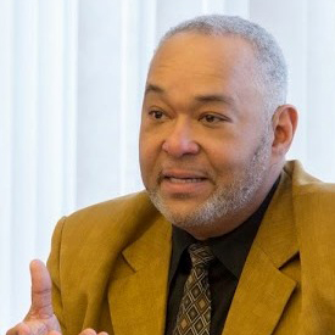 Grounded in God: A Faith-filled Testimony of the African American Church in Song
2019 Calvin Symposium on Worship | Vesper
Read more »

Birgitta Johnson on New African American Ecumenical Hymnal
One Lord, One Faith, One Baptism is a new Protestant hymnal compiled by a core committee of worship arts ministers and scholars. It goes deep and wide into the multiple streams of black Christian music and worship.
Read more »