Mental Illnesses and the Church’s Calling

This topic showcase highlights resources to help churches reclaim their role in including and befriending people who live with mental illnesses.

In Mental Health: The Inclusive Church, Jean Vanier and John Swinton write, “The greatest pain of people with mental illness is to be seen as different, to be stigmatized as ‘abnormal,’ pushed away into a horrible world of loneliness, isolation, anguish and pain; trapped in a space where no one desires to meet with them. The call of the church is a simple one: meet people where there are. . . . Meeting people in love destroys stigma and gives the person back their name” (Dartman, Longman and Todd, 2014).

Every congregation has people who will at some point in life be diagnosed with a mental illness. But few congregations talk about it. Imagine if Christians were known for their hospitality to and friendships with people affected by mental illnesses—both the diagnosed and their care partners.

Troubled Minds: Mental Illness and the Church’s Mission, by Amy Simpson. Simpson’s dad was a pastor. Her mom has schizophrenia. Simpson gives an honest yet compassionate account about how clergy and churches deal with (or ignore) people with mental illness, even though statistics suggest that a quarter of all people will experience a mental illness. (InterVarsity Press, 2013)

Darkness Is My Only Companion: A Christian Response to Mental Illness, by Kathryn Greene-McCreight. The author is a theologian and Episcopal priest who lives with bipolar disorder. She draws deeply on Scripture to explain what it’s like to maintain hope and trust in the triune God while dealing with mental illness. (Brazos Press, 2015)

The Struggle Is Real: How to Care for Mental and Relational Health Needs in the Church, by Tim Clinton and Jared Pingleton. Two Christian doctors involved with the American Association of Christian Counselors wrote this book to help churches break the stigma about mental illnesses and the silence about how common they are among Christians, pastors, and society overall. They gathered experts to write chapters on understanding and ministering to people dealing with specific mental illnesses and disorders. (WestBow Press, 2017)

National Alliance on Mental Illness. These statistics and infographics show that nearly a fifth of adults in the U.S. experience a mental illness in a given year.

“Five Fake Facts That Fuel Mental Illness Stigma.” A YES! magazine issue devoted to mental health addressed myths about people with mental illnesses, such as that they are violent or cannot be treated.

“’Guide for a Clergy Leave of Absence for Mental Health Reasons’ Toolkit.” The Christian Reformed Church in North America (CRCNA) developed this set of documents to help congregations because pastors are as likely as their parishioners to experience mental illness.

“A tale of mental illness—from the inside.” In this TED Talk, Elyn Saks—a chaired professor of law, psychology, and psychiatry at the USC Gould School of Law—explains that she lives with chronic schizophrenia. She says, “The humanity we all share is more important than the mental illness we may not.”

How language can create a safe space

Grace for the Afflicted: A Clinical and Biblical Perspective on Mental Illness, by Matthew S. Stanford. The author is a church leader and professor of psychology and behavioral sciences. He uses the Bible and science to describe various mental illnesses—and make the case that, while mental illness can cause sinful behavior, being sick is not a sin. (InterVarsity Press, 2017)

Living with Schizophrenia, by Stuart Emmons, Craig Geiser, Kalman J. Kaplan, and Martin Harrow. This book is written by a poet and an artist—both of whom live with schizophrenia—with two psychologists. Read it to understand the courage, creativity, and resilience of two people who are so much more than their diagnostic labels. (Routledge, 1997)

“Speaking Well in Worship about Mental Illnesses: A Beginner’s Guide to Language and Resources,” by Charlotte van Oyen Witvliet. This stellar article appears in an issue of Reformed Worship devoted to mental health. It explains why and how to “use language that acknowledges and values people who live with mental illnesses as image bearers of God who fully belong.”

“When It Comes to Mental Illness, Watch Your Language,” by Amy Simpson. This article will help you accurately talk about mental illnesses with dignity and respect for people affected by mental disorders.

Study of Acute Mental Illness and Christian Faith (LifeWays Research, 2014) found that most pastors personally know at least one person struggling with clinical depression, bipolar disorder, or schizophrenia—and 23 percent of pastors said they’d personally struggled with mental illness. Yet the study found that two-thirds of pastors spoke of mental illness in a sermon or large group meeting only once a year, rarely, or never. The study recommended that pastors and churches be more proactive about letting congregants know about mental health resources available through the local church and community.

How churches can help people reclaim their names

Mental Health: The Inclusive Church, by Jean Vanier and John Swinton. Vanier is the Catholic philosopher who founded L’Arche. Swinton is a divinity professor who has worked as a mental health nurse. This slim book begins with first-person accounts from Christians who rarely find support at church in their struggles with mental illnesses. Next the book develops a theology of the church’s calling to develop “Christ-shaped friendships” that go beyond inclusion to the lived realization that everyone—no matter how mentally well or ill—matters to and belongs in the body of Christ. (Dartman, Longman and Todd, 2014)

Resurrecting the Person: Friendship and the Care of People with Mental Health Problems, by John Swinton. Although some churches stigmatize mental illness as the result of sin and a failure to trust God, this book persuasively offers a practical and theological alternative. (Abingdon Press, 2000)

Ministry with Persons with Mental Illness and their Families, Robert H. Albers, William H. Meller, and Steven C. Thurber, editors. Read this to discern the difference between what psychologists and psychiatrists can do and what clergy and churches can do. This resource is for churches interested in starting a ministry for and with people affected by mental illness. (Fortress Press, 2012)

“Warren Kinghorn on Mental Health and Our Deepest Identity.” This edited conversation with a Christian psychiatrist asks church members to see each other as fellow wayfarers on a journey home to God. It explains how Christians and churches are uniquely suited to walk alongside people with mental illnesses.

“Beyond Stigma to Hospitality: Creating a Gracious Space for People with Mental Illness.” Rev. Cindy Holtrop offered this practical handout in a 2018 Calvin Symposium on Worship workshop.

Pathways to Promise offers many free online resources on companionship with people who live with mental illnesses.

Part of companionship is getting to know each other’s stories. You can read first-person accounts of mental illness on the websites of CRCNA Disability Concerns, Sojourners, and Time to Change (UK).

Fresh Hope for Mental Health is a network of peer-led Christian support groups for those with mental health challenges and for their loved ones. Besides 50+ face-to-face groups in North America, the U.K., and South Africa, Fresh Hope has an online group for clergy and an online group for non-clergy. 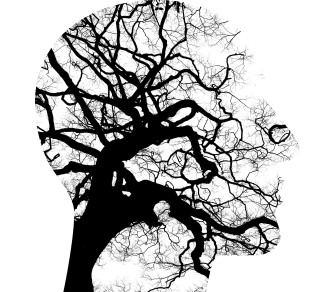 Worship and Mental Health
What we say or fail to say about mental health concerns in worship settings can be profoundly formative for how Christian communities respond to these challenges.
Read more »

Beyond Stigma to Hospitality: Creating a Gracious Space for People with Mental Illness
Worship and fellowship are sometimes difficult for people with mental illness because few people understand their experience and their needs in worship.
Read more »