Kyle Meyaard-Schaap on the Arts as a Climate Tipping Point

Music and the arts have fueled major movements for justice. Evangelical Christians have the potential to shift climate action. That's why Christian leaders and musicians are creating worship songs and candlelight climate vigils to address climate crisis and work toward environmental sustainability.

Kyle Meyaard-Schaap recently became vice president for the Evangelical Environmental Network (EEN). Before that he was the national organizer and spokesperson for EEN's young adult ministry, Young Evangelicals for Climate Action (YECA). He is an ordained minister in the Christian Reformed Church in North America. In this edited conversation, Meyaard-Schaap explains why he thinks the arts will create a tipping point in inspiring evangelical Christians to act on climate change.

You've said that musicians, philosophers, poets, and artists will bring about the tipping point in addressing climate change. Why?

The climate crisis has been mired in statistics. Yet research has revealed the key to moving people from being apathetic, wary, and ignorant to becoming concerned and taking action. Changing someone's mind very rarely results from sharing more knowledge. Instead, as Christian climate scientist Katharine Hayhoe constantly explains, people decide to take action on climate change when you connect with their emotions and values. Science can give us a good understanding of what's happening and why. But to address shifting weather patterns, we need to help people imagine and catch a positive vision about what the world could be. Music and the arts can connect with, unite, and inspire people.

But why write songs when so many laws and policies need changing?

There's a particular urgency in my generation and younger people that leads us to the activism route of politics and nonviolent action. It might feel like indulgent navel gazing to write a song or poem about climate crisis. But I'm afraid that ignoring the arts might make us ignore what it means to be humans in crisis. The Israelites wrote laments in captivity. While in desperate straits, they were still engaging the arts, wailing to God about what they had lost and pleading and hoping for God to restore them to the promised land.

Have the arts created a tipping point in other major social movements?

Every major movement for justice has songs that inspire, guide, and sustain them. Think of the images and songs from the U.S. civil rights movement, such as "We Shall Overcome." The song "We Shall Not Be Moved" bound together people from all over the country in the 1930s labor movements and the 1963 March on Washington for Jobs and Freedom. Youth-led climate action groups such as the Sunrise Movement and SustainUS have been singing "Rise Up" and "We Shall Be Known" for years at climate marches and the United Nations Climate Change conferences (also known as COPs, which stands for Conference of the Parties).

EEN and our partners share an audacious vision: millions of Christians streaming into world capitals and holding candlelight vigils for the climate, demanding bold action from elected officials in the name of Jesus. We're calling it the #ClimateVigil campaign. The Christian climate movement needs worship music and arts that help the church wake up and tip the scales rather than be dragged at the end of the bus into climate action. Resound Worship, a collective of British worship songwriters, produced Doxecology, a wonderful thirteen-song collection with a study guide and worship resources about creation care. For the #ClimateVigil campaign, EEN is working with The Porter's Gate Worship Project to record the first major Christian worship album specifically focused on climate crisis.

Can you say more about The Porter's Gate and their forthcoming album?

The Porter's Gate gathers Christian musicians to write and record worship songs about theologically pressing issues in our times. They've done albums on work, loving neighbors, justice, and lament, including songs like "Wood and Nails," "Little Things with Great Love," and "Wake Up, Jesus."

Where can people hear these new climate justice songs for Christian worship?

The #ClimateVigil campaign will kick off on Saturday, November 6, 2021, in the middle of COP 26, the climate change conference in Glasgow, Scotland. Activists from around the world will be in Glasgow to figure out how to make the 2015 Paris Agreement actually work. As a witness to them, our #ClimateVigil website will premiere new music from the Porter’s Gate album and messages of prayer and encouragement from special guests, including Katharine Hayhoe. We hope to have at least twenty-five communities around the US host a candlelight vigil, share a liturgy, and enjoy the music together.

How will the #ClimateVigil campaign keep up momentum?

Learning together about our climate crisis calls us to respond as Christians: with faith, hope, and love. The Porter's Gate will release their entire album of climate crisis worship songs in spring 2022, and we hope to start a concert tour soon thereafter. We hope church leaders will embed these new songs into worship life so we can face the unique and specific challenges of climate change.

Meanwhile, we'll use what we learn from November 6 gatherings to add resources to our #ClimateVigil website. Through YECA and EEN, we hope to create thousands of #ClimateVigil groups. The pattern of Christian worship gathers us to remember the Story that shapes our lives, so that we can be nourished and sent out to enact that Story faithfully with the help of the Holy Spirit. Similarly, we envision Climate Vigils that gather family, church, or community groups in a regular rhythm of candlelit lament, prayer, song, and action. This will nourish them as they go out to advocate for renewal, perhaps planting community gardens or meeting with legislators about local climate resolutions. "Regular rhythm" could be anything from weekly to quarterly.

We want to make people feel motivated and connected, to experience the joy of belonging to something that matters. Together we will pray, with the Holy Spirit, to become the answers to our prayers about the climate crisis.

You're also working on a book?

Yes, InterVarsity Press will publish my book in fall 2022. I describe my journey toward awareness around climate change and how inseparable it is from my faith. The faith community I grew up in was beautiful. And yet it was largely silent about respect and awe for creation. It gave me few tools to connect spiritual disciplines with practical care for creation. That was a similar theme among people I met and worked with in YECA.

My book addresses biblical and theological issues only briefly because that's already been done so well by scholars such as Calvin B. DeWitt and Steven Bouma-Prediger. My book is more a field guide for faithful climate action in a dangerously warming world. I've learned how to teach the value of nonviolent direct action and do effective political advocacy, and why it's important to bring our bodies to the street for moral issues.

My audience is ages 18 to 35 or 40, but I hope my book will resonate with anyone looking to connect faith and climate action. I assume readers will identify as Christian, but I'm not assuming that they are currently involved in church. I want to reach those who've had a history in the church but have walked away because of the evangelical church's silence on or hostility to addressing climate crisis. The epilogue will be a letter from the future about how churches helped renew and restore God's creation so there's enough for everyone to thrive.

Any final thoughts on the potential for Christians to make a difference in the climate crisis?

Christians lit the spark that ignited the environmental justice movement. Back in 1982 in Warren County, North Carolina, the state chose to locate a toxic waste dump in a small, mostly Black community. The NAACP and leaders from the United Church of Christ (UCC) staged a massive protest. The protest led to a 1987 UCC study, "Toxic Wastes and Race in the United States," which showed that race was the decisive factor in choosing hazardous waste sites. It found that 60 percent of African Americans and Hispanics live in communities with toxic waste sites. A follow-up UCC study in 2007 detailed the persistence of environmental racism.

We know from countless U.S. elections that shifting even some evangelicals can make a major impact. Our EEN Summer of Action 2021 trained people to meet with legislators and advocate for a flourishing future for all. I've learned that if you meet often enough with a legislator, you can change the political calculus. That's why EEN spends so much time building relationships across the aisle. EEN has relationships that span the partisan spectrum, from senators Sheldon Whitehouse (D-RI) to Lindsey Graham (R-SC) to Mike Braun (R-IN). We try to call them to recognize the moral demands of the moment. Because solutions exist all along the political spectrum, anyone can recognize a problem and start debating solutions. We desperately need people in all U.S. federal districts to raise up a grassroots groundswell to take action on climate crisis rather than gum up the works by casting aspersions on the “other side.”

Connect with the #ClimateVigil candlelight campaign. This Grist article tells how Kyle Meyaard-Schaap became a Christian environmentalist. A Million Prayers to Solve Our Climate Crisis, by Peter Eugene Fargo, explores climate change from a biblical perspective. This short video (00:07:35) can help you picture a green future. 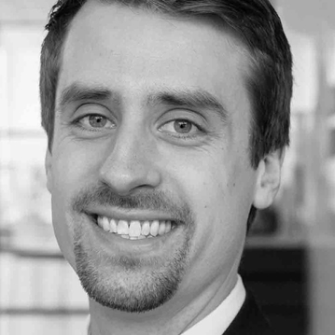 Kyle Meyaard-Schaap on Earthkeeping, the Church, and Generational Differences
Many young Christians despair of finding communities that view environmental sustainability and justice as biblical mandates. Here is advice for helping churches catch a vision for biblical earthkeeping.
Read more »

Becoming People of Refugia
Extreme weather, declining church influence, and environmental protests affect Christians around the world. Debra Rienstra explains why the biological concept of refugia offers a metaphor for seeing the Spirit at work despite deep disturbances in God's creation and among God's people.
Read more »

Worship Songs about Care for Creation
Caring about God’s good creation includes lamenting whatever harms it and joining God’s mission to make all things new. Songs from around the world explore these ideas.
Read more »