If You Want Justice, Work for Beauty

Really? In the face of so much global need, the arts are a necessity? 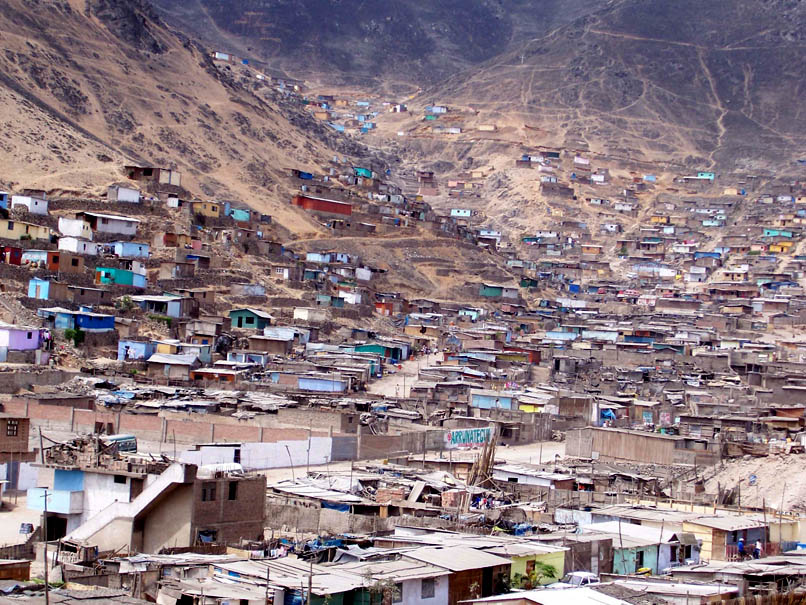 Yet what sticks with her is hearing her mom play the piano in the dark and staging neighborhood shadow puppet plays with a candle and an old sheet.

John August Swanson, son of humble Mexican and Swedish immigrants, joined a Catholic Bible study called Young Christian Workers. Asking the question “What of the gospel can we do?” led them to register Latino voters in California, protest for civil rights and form a labor union. At age 30, Swanson began college to become a community organizer but instead became an artist.

Nick Wolterstorff was a philosophy professor interested in the arts and international struggles. In 1975 he attended a conference on Christian higher education in South Africa. There he met people of color who told how apartheid systematically demeaned them. The next semester he went to a conference about Palestinian rights. The Palestinians there, most of them Christian, cried out for justice. Coming face-to-face with such suffering profoundly altered him.

These experiences inspired all three to explore how the arts, love and justice interlace in God’s unfolding mission to renew all things. Gonzalez-Andrieu, Swanson and Wolterstorff spoke at the Who Is My Neighbor? conference in Grand Rapids, Michigan.

God’s image in others 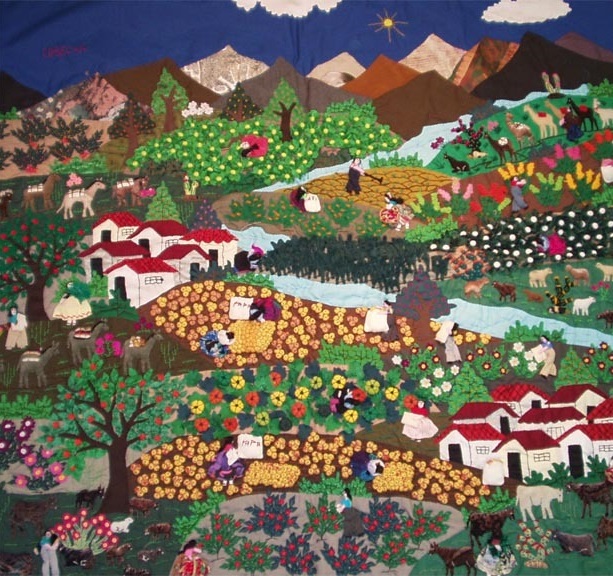 You might not imagine much in common with someone who lives in a shantytown outside Lima, Peru. But seeing pictures hand-sewn by its residents might change you. Perhaps you’d wonder why people who lack water, food and shelter make time to create art that, as Cecilia Gonzalez-Andrieu says, “brims with beauty.” She showed both images in her Who Is My Neighbor? keynote.

“Artists notice beauty’s absence and unmask what is most destructive. They recall beauty’s memory or imagine a possibility of what could be,” she said.

Gonzalez-Andrieu teaches theology at Loyola Marymount University in Los Angeles, California. Her book, Bridge to Wonder: Art as a Gospel of Beauty, describes how art can point us back to “the One source of all that is beautiful.”

In her keynote, she said that God created each of us with creative potential through which God still speaks. “Our neighbor is one, who as made by God, shares our imago dei, image of God. We are all variations on the same image. Is there anything in creation that is not a neighbor to us? And, what do we do, now that we see?” she asked.

Gonzalez-Andrieu answered her own question: “If you want justice, work for beauty. Justice is the work of making all things beautiful for all of us, restoring beauty to everything that is neither good nor true.”

Cecilia Gonzalez-Andrieu’s favorite contemporary work of religious art is “The Procession” by John August Swanson. The original 1982 painting hangs in the Vatican Museums. “Looking at this piece creates an experience of wonder. It’s the best expression of Latino Catholic community in the U.S.,” she said when introducing Swanson at the conference. 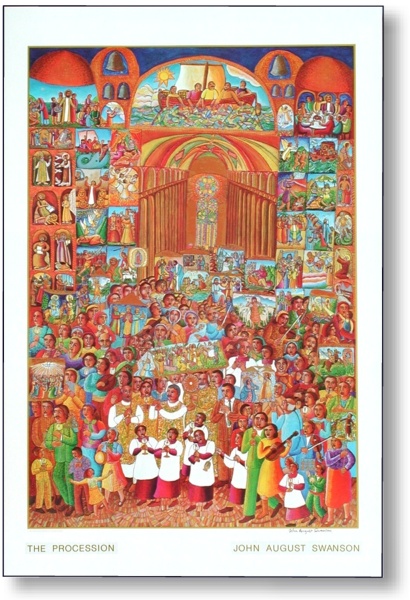 Swanson’s art was in a 1994 LIFE magazine cover story on Jesus. His work hangs in the Tate Gallery, Victoria and Albert Museum and Art Institute of Chicago. Yet he told attendees that he practiced for 26 years before feeling confident to retool “The Procession” as a serigraph, created by making a stencil for each color. Printing all 89 colors, one at a time, took 14 months.

“Processions are part of my background,” he said, recalling processions at Catholic missions and cathedrals and marching for civil rights and farm workers. He said that communities of faith are “a procession of stories,” gathered to respect each person’s story and celebrate “the story we are becoming together. But we need more voices about how we harm the earth and harm poor people. We all need to work together.”

He loves images and ideas that connect on different levels. He hopes that “The Story of Ruth” helps people be more kind to today’s immigrants. “God chose this poor woman, Ruth, to be the grandmother of King David,” he marvels. Swanson 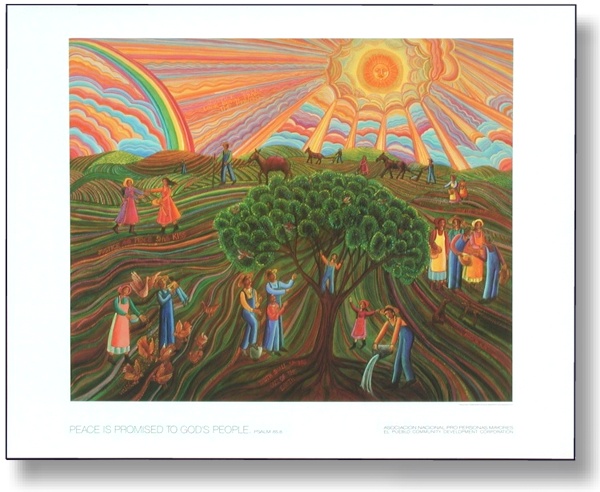 intends his “Psalm 85” to reveal that God’s abundance is meant not for a wealthy few but “for all of us to share.”

“It’s impossible to narrate social justice movements without noticing the role of the arts. It’s impossible to envision human life without music. My neighbor is one in whom visual arts, songs and verse are part of his or her life,” Nick Wolterstorff said at the conference. He is retired from teaching philosophical theology at Yale University and has written more than 20 books.

Wolterstorff is interested in the arts, philosophy, worship, education, human rights and justice, because all are aspects of shalom. Shalom is a Hebrew concept that means wholeness and flourishing in all aspects of life. He said we demean and disrespect our fellow human beings when we deprive them of education or don’t care when they “live in surroundings that cannot possibly give any sensory refreshment.”

Some Christians pit Old Testament justice against New Testament love, because they see justice as mainly retributive. But in Journey Toward Justice, Wolterstorff writes, “Love incorporates justice because shalom incorporates justice, and love seeks the shalom of the community. The love that seeks shalom is both God’s cause and our calling.”

Eyekons organized the Who Is My Neighbor? conference and art exhibit. The conference featured everyone quoted above.

Read Bridge to Wonder: Art as a Gospel of Beauty by Cecilia Gonzalez-Andrieu. Follow her on Facebook to know when she’ll speak at an event near you.

Enjoy the artwork of John August Swanson. You can license his images for use in worship through Eyekons. See the work of Sister Corita Kent, who inspired Swanson to become an artist.

Read Journey Toward Justice: Personal Encounters in the Global South  by Nicholas Wolterstorff. Watch his brief videos about art and justice. Listen to his 2015 Calvin Symposium on Worship workshop on beauty, justice and shalom.

Feel free to print and distribute these stories at your staff, education, worship arts or justice meeting. These questions will help people think about the arts as a path to healing relationships with God, ourselves, others and the earth. 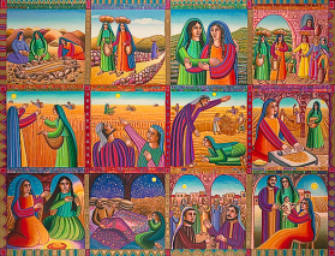 Cameron J. Anderson on How Beauty Reveals God
Some churches think of beauty - apart from nature - as superficial, or a distraction from how God calls us to live. Cameron Anderson makes a case for how beauty and visual arts can help us encounter God more deeply.
Read more »

Jamie Skillen on Creation Care and Sabbath Rest
Christians often talk about the doctrine of creation as mainly about origins and God’s glory. Jamie Skillen goes deeper by looking at God’s purpose in creation and how that applies to creation care.
Read more »