Gregory Heille on the Dominican View of Preaching

The Dominican Order is dedicated to preaching—in and out of the pulpit. Eight hundred years after its founding, the order includes more lay members than sisters and nuns and friars combined.

In this edited conversation, Gregory Heille of Aquinas Institute of Theology gives an overview of the membership, preaching mission, and 800-year history of the Dominican Order.

Would you tell us a little about the Dominicans and the Order of Preachers?

The Dominicans take their name from their founder, St. Dominic Guzman, a Spaniard who lived in the 13th century. In his travels through Europe with his bishop, he became increasingly concerned with the ineffectual preaching of his time in response to the Albigensian heresy. The Albigensians, or the Cathars, were a very stern sect who in Dominic’s view—and I think, correctly—had a skewed view of the human person. They basically viewed creation as utterly evil and they were outcompeting one another to be ascetic and world-denying, even to the point of denying marriage.

Both the Franciscan and the Dominican movements in many ways were a response to this sect. Francis, in Italy, responded by embracing a radical poverty in order to have credibility in his response to the concerns of this age. He was a charismatic personality and very successful.

St. Dominic was more of an academic, and he founded a community of friars in 1216 called the Order of Preachers, which also embraced voluntary poverty. The Order of Preachers was dedicated to preaching. At the time, preaching was pretty much the purview of bishops, and Dominic observed that these bishops often were ostentatious, traveling on horses with retinues, and did not have credibility in preaching amidst the Albigensian reality.

Dominic received permission from Pope Honorius III for his community to preach. The community was quickly associated with urban centers like Paris and Bologna, and with universities. Very quickly in its early years it was involved in itinerant preaching and in the study and teaching of philosophy and theology.

Those are, very briefly, the origins. The Dominican Order is now just over 800 years old. We are not diocesan priests, and we are not monks in monasteries. The Dominican family has four branches:

When Dominic got started, the nuns were the first branch of the Dominican Order; they were founded in 1206, before the friars. Strictly speaking, there are more professed religious women by far in the Order of Preachers than there are professed religious men—more sisters and nuns than friars. (There are 25,500 sisters, 3,000 nuns, and 5,000 friars.) And there are many times more Dominican laity than sisters and nuns and friars combined.

What can you tell us about the 800th Jubilee of the Order of Preachers?

The 800th jubilee year, 2016, was a whole year of events hosted in various places around the world. A global jubilee colloquium about preaching was hosted here at Aquinas Institute of Theology in St. Louis, and we’ll talk about that later. The concluding event was called the Congress for the Mission of the Order. It was held in Rome, and there were about 600 of us from all branches of the Dominican family. Our meeting was held at the Angelicum, a Dominican school of philosophy and theology in Rome. There were a number of Dominican speakers, workshops, cultural events, and prayer events.

Mass with Pope Francis concluded the event at the Lateran Basilica. It was a mob scene. We were there with about 2,000 Romans, and it was a grand event.

During the Congress for the Mission of the Order, we talked a lot about our preaching ministries—which for the women of the Order, who do not always have pulpit access, is a ministry of evangelization and of action for justice and education. But as the Master of the Order, Bruno Cadoré, said, preaching, in all of its modes in the Order, expresses God’s conversation with humanity. It’s really an act of solidarity of the church with the world and the culture. He said that the language of the Dominican Order and the Order of Preachers is one of friendship, of building bridges.

And I think his main point was that encounter is the primary mode of preaching. Preaching, in the Dominican view, is not limited to the pulpit. It is a ministry of encounter with people.

Preaching, in the Dominican view, is not limited to the pulpit. It is a ministry of encounter with people.

For example, we love to tell the story of St. Dominic and the innkeeper. Dominic was traveling through France with his bishop; they stayed at an inn whose innkeeper was an Albigensian. Dominic stayed up at the bar with the Albigensian all night, engaging him in dialogue and debate. And by the time they had breakfast, the innkeeper had repented of his Albigensianism.

That’s an example of encounter, this person-to-person transforming experience. It’s all about relationship, friendship, whether it’s in the pulpit, which should be very dialogical in its inherent nature, or in campus ministry, or teaching and the intellectual life, or in action for justice.

All of these are modes of encounter, and the bottom line of this whole jubilee year, I would say, was the idea that encounter is the primary mode of preaching.

You’re thinking of “encounter” in the sense of engagement rather than confrontation, right?

Yes. As a friend of mine used to say, an encounter is a person-to-person transforming experience. We evangelize in the name of Jesus Christ, who has encountered us. We encounter because we have been encountered.

Read the homily that Pope Francis delivered at the closing mass of the Dominican Order’s 800th anniversary. 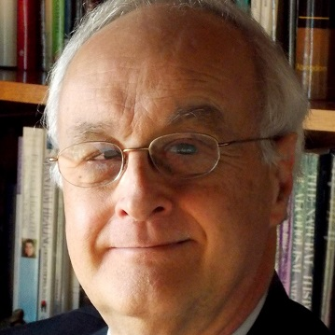 The Most Important Word in Preaching: Story or Exposition?
Presentation, dialogue, and discussion on the biblical text by Graves, Hoezee, and Wilson.
Read more »