Christians who see themselves as "people of the book" read about the Word made flesh. They may treasure "I Love to Tell the Story" in their hymnals yet feel skeptical of Christians who prefer to express and pass on faith through oral culture. A Nigerian worship scholar explains the benefits of oral practices in church worship.

Emmanuel Olusola Fasipe has served as music minister in several Nigerian Baptist churches and earned his master's degree in church music from Nigerian Baptist Theological Seminary (NBTS) in Ogbomoso, Oyo State, Nigeria. He was the acting dean in the NBTS faculty of music before moving to Louisville, Kentucky, to earn a PhD in Christian worship from Southern Baptist Theological Seminary. In this edited conversation, Fasipe discusses oral practices and Christian worship in West African cultures.

How is oral culture different from book culture?

I am from the Yoruba ethnic group, the largest people group in southwest Nigeria. The Yoruba culture is very religious, and religious principles govern every part of social, religious, economic, and political life. Since ancient times, Yoruba societies have transmitted information orally from one generation to the next. They verbally taught, preserved, and passed on values, morals, history, religious practices, and traditions. Yoruba people historically disseminated news and messages through talking drums, music, and town criers.

American, British, and European missionaries came to Yorubaland from book cultures that prefer Christian worship to be guided by the Bible, hymn books, and liturgies. Sometimes Christians from a book culture doubt that Christians can meaningfully lead or participate in worship without literacy. But I can tell you that, undoubtedly, authentic Christian worship is made possible among people in West Africa as a result of oral culture. I encourage Christians not to condemn worship that is different from their own.

What are some key aspects of Yoruba oral culture?

Yoruba people educate, instruct, and worship through an oral tradition that manifests itself in storytelling, dance, music, symbols, and proverbs. This happens in both traditional religious settings and the Christian church. Sermons are typically presented through storytelling, drama, or both. Jesus, while he was on earth, did not write books. Instead he taught theology through stories and parables. Yoruba and other West African preachers in oral culture often dialogue with listeners after the narration. People learn to own the story by singing it, dancing it, drumming it, and dramatizing it. This involvement helps them pass on what they've learned to others.

Do Yoruba Christians use talking drums in worship?

Music, dance, and drumming go together in Yoruba culture. Linguistic anthropologist Ruth Finnegan explained in her classic study Oral Literature in Africa (1970) that talking drum communication is more a form of oral literature than a type of music. Yoruba is a tonal language, and talking drum tones and rhythms can mimic human speech. Early missionaries identified talking drums and other indigenous instruments as pagan and banned them in worship. However, these instruments were allowed in African independent churches.

My father was a Nigerian Baptist pastor, and when I was growing up we used upright drums and a harmonium in church worship. We didn't use talking drums in worship. Today the use of the talking drum is permitted in worship in Baptist and other denominations. Richer churches now use indigenous instruments along with pianos and electric keyboards to accompany congregational singing. Western instruments are good for melody and harmony. Yoruba indigenous instruments can play melody and harmony but also supply rhythmic accompaniment, which Yoruba Christians like to dance to. I play piano and electric keyboard, guitar, autoharp, a bit of trumpet, and all types of Western and indigenous drums.

What part do proverbs play in oral Yoruba Christian worship?

Oral poets are held in high esteem in traditional Yoruba culture, and using proverbs shows you are a master of language. Proverbs are used to search for the deeper meaning of a conversation. As we Yoruba often say, "A proverb is the horse of the word." In worship, proverbs function as memory hooks to remember the message. Sermons without proverbs are regarded as meaningless. The talking drum speaks in proverbs and drum poetry. People want to hear and listen to it. A drummer will play proverbs from his drum, not speaking the words with his voice. Most of the audience already knows what the talking drum is saying, like "Praise God for what he has done" or "There is none like God." The congregation echoes in words what the drum says.

From when we are young, we listen to people repeating proverbs all around us and at various functions. These things are on the radio, broadcast on outdoor speakers, in church. . . . You begin to pick out words in the drumming. My children understand at least some talking drum proverbs. Still, not every member of a Yoruba congregation can understand what the drum is saying.

How did western Protestant missionaries respond to Yoruba oral culture?

They learned to speak Yoruba so they could reduce it to writing and translate the Bible, hymns, printed liturgies, personal prayers, and devotional materials. They opened schools to teach people to read and write so they could understand and spread the Good News. However, merely translating an English word into an African language may not bring out the exact meaning of the word.

Despite Western influence and regardless of denomination, oral culture still exists in Yoruba Christianity. West African societies include people who are literate or semi-literate (exposed to some education) and those who cannot read and write. Even among those who use technology, print, and writing in their daily lives and work, most Christians prefer to worship and express their faith in oral forms.

Especially in the villages, it is not unusual to find uneducated individuals who cannot read or write. They may not be able to sing songs by reading from a song book or read verses of the Scripture directly from the Bible, but they can usually sing songs and recite Scripture passages from memory. Worship leaders might not use a written order of worship, yet they generally follow the same sequence of worship each week, and worshipers can memorize that.

What are the blessings and challenges of oral culture in worship?

West Africa is made up of sixteen nations, and in some West African cultures it is taboo to have anything to do with the church and literacy. Yet such people groups could be easily reached through oral communications. Using oral communication to teach and preach is effective especially in areas without electricity, technology, and Western education. Using your whole body in worship and memorizing songs and Scripture helps you remember and repeat the Good News in daily life.

Orality is God-given, and it is not peculiar to Africans only. It is a feature of every culture in the world. No matter where one travels, one can find people who love to tell and listen to stories. Therefore, worship leaders and pastors must not ignore the importance and significance of oral communication.

Oral culture also has risks. Since oral tradition depends on people's memory, facts can be changed or easily altered when someone forgets. There is a greater risk of taking a passage out of context. A preacher narrating it in storytelling may develop it into what the Scripture does not say.

What are the blessings and challenges of book culture in worship?

Book culture is valuable too. In Yorubaland and elsewhere in Nigeria, we learned about evangelical Christianity from written Bibles and written hymnals. Text lasts from generation to generation, so we cannot just push aside the concept of worship by the book.

In the book Music in the Life of the African Church, ethnomusicologist Roberta King differentiates between "book music" (singing from a hymnal) and "body music" (which involves the whole body in dancing or swaying). Dancing is part of worship in Yoruba and other West African cultures. Christians want to raise their hands or dance, especially during the processional, the offering, and the recessional. That is hard to do if you are holding a hymnbook.

Let there be a recording, writing, and blessing of oral materials so that they remain accessible and are not lost. Let there be more compositions of indigenous songs that integrate orality and literacy. 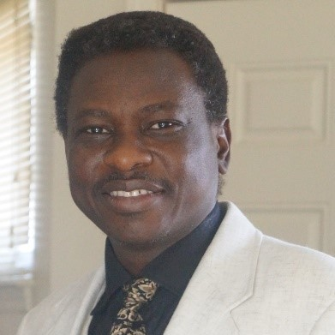