In this edited conversation, David M. Bailey talks about using narrative in worship to reach across demographic differences.

How would you describe the demographics of East End Fellowship?

It’s between 50 and 60 percent white, and 30 to 40 percent black, and 10 percent various non-American groups. In our part of town, if someone is going to be poor, it’s probably not going to be a white person. Five years ago, my wife and I, and our co-pastor and family, were the only black college-educated, home-owning people in the neighborhood.  That number has grown to 10 or 15 percent.  Our church elders are mostly in their 30s. The co-pastor I mentioned is in his early 50s. Older people are very treasured. We have older people who have been investors or donors, and some have moved in to live near their grandkids.

Who chooses your preaching style, liturgy and music?

Choosing the liturgy, preaching or music is a collective experience. Our staff goes through the text and service together, asking, “Who or what demographic is in our community? What medium do they normally use? What medium works best for this Sunday’s message or this movement within the service?” We ask how something like Advent looks in the urban context. We don’t avoid a “high church” thing like Advent because of the urban context. However, instead of an Advent candle we did a bare tree with a few budding leaves to show what Advent could mean in our neighborhood, where there isn’t a lot of grass, trees or greenery.

Can you say more about your belief that the medium is the message?

How things are done shapes the way things come across. We see our diversity as a gift. So we think about spiritual gifts, like, ‘is this person a prophetic voice or a pastoral voice or an evangelist?’ We think about race, gender and religious tradition. We have a whole mix of people who might be Pentecostal, people who might have been suspicious of Pentecostals before we started worshiping together, various Lutheran and Presbyterian traditions…Socioeconomics is hardest to think about to make sure that all voices have a place at the table and shape where things are going in our service.

Your church spent a year exploring the best worship practices for people of diverse educational levels and learning styles. Where did you start?

We decided to preach from narratives, to exegete a story and see what God was saying through that. Scripture is an example of “the medium is the message.” There’s a lot of diversity in the types of scripture that God uses to reveal himself. But because of the Reformation and the Gutenberg press and the evolution of Western thought, those of us from the Reformed tradition really value the medium of argument. We love the Book of Romans.

One narrative we preached on was Genesis 15, where God makes a covenant with Abram. Abram splits animals in half, and God does the ancient covenant ritual of walking between them. It’s like saying, “Hey, if I break this covenant, let this splitting happen to me.” But God doesn’t make Abram walk through and make promises in return. Understanding that story and seeing the preacher walk through the split halves of something speaks volumes about grace—and in a whole different way than arguing, through the Book of Romans, that we’re saved by grace.

What else did you do in your Greatest Story Ever Told sermon series?

We read and studied about narrative preaching, and we realized there’s a lot of collective wisdom and expertise in our community. We had a Broadway actress from “The Lion King” in Richmond for a season. She helped us see how we could perform scripture and give illustration. We have a dancer and people who love to dance. We have visual artists and interns who can plan worship. We had never thought to ask or give permission for them to use their gifts.

We did the story of Ruth during Advent and connected it to longings we all have. An actress told the story of Ruth from the perspective of a neighborhood gossiper. A choreographer danced the story. A string quartet played a retuned hymn version of “O Come, O Come, Emmanuel” while a rapper expounded on whatever truth was being said.

How well did the storytelling approach work?

It was a big eye opener, because, no matter how much money you have or do not have, no matter what demographic you come from, everybody appreciates a story. Story has been a great unifier in our community. We have economists and homeless people in our church, and storytelling helps them tap into their humanity and have more conversations. We realized there’s a difference between oral culture and literacy culture. It’s not a racial thing or educational difference, just two means of communication.

What didn’t work as well for including diverse educational levels and learning styles?

The Broadway actress had the skills and ability to do a great acting thing, but she didn’t have the relationships to rally people together. It would have been better for me to partner her with somebody who had relational leadership and capital in our church. It may have been one of those ‘oral culture versus literacy culture’ things. In some communities, they’d look at your résumé and think, “Oh, I want to do this because so-and-so did this.” In ours it’s more like, “If I know you, I’ll try—because I know you. If I don’t know you, it’s not as high of a priority.” 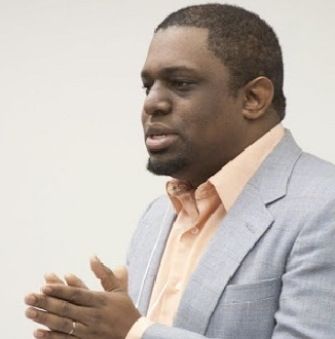