Duane Kelderman preached and presented at the Soul Repair Center’s first congregational consultation on helping veterans heal from moral injury. In this edited conversation from April 2013, he gives the basics for understanding moral injury. 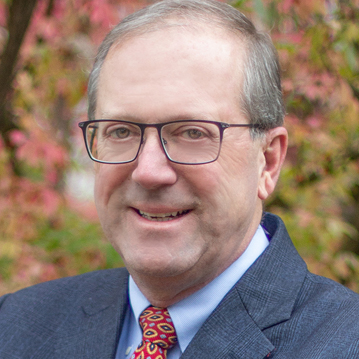 Duane Kelderman preached and presented at the Soul Repair Center’s first congregational consultation on helping veterans heal from moral injury. Kelderman is an interim co-preaching pastor at LaGrave Avenue Christian Reformed Church (CRC) and an adjunct professor at Calvin College in Grand Rapids, Michigan. In this edited conversation from April 2013, he gives the basics for understanding moral injury.

How do you explain moral injury to people who’ve never heard the term?

Moral injury is distinct from physical injuries or PTSD (post-traumatic stress disorder). Moral injury is damage to the soul that occurs when war combatants violate deeply held moral beliefs in the conduct of war, even just war. Not limited to people of faith, moral injury results from heinous acts of war that “unmake the character” of soldiers.

What is the Soul Repair Center and how is it helping veterans heal from moral injury?

The Soul Repair Center is lodged at Brite Divinity School, Texas Christian University, in Fort Worth, Texas. It is dedicated to research and public education about recovery from moral injury. The Soul Repair Center has a particular interest in strengthening the church's capacity to support and minister to veterans suffering moral injury. They've already held one national conference with church leaders and are building networks of support that developed from that conference.

Why did you get interested in helping veterans heal from moral injury?

I got interested through years of conversation with my colleague Herm Keizer, a retired director of chaplaincy ministries for the Christian Reformed Church in North America. He and Rita Nakashima Brock co-direct the Soul Repair Center.

Herm Keizer has been both supportive and critical of the United States military policy and practice. For example, he has long advocated that soldiers be given the option of selective conscientious objection. Currently one can only claim conscientious objection to all war, not just particular wars. Through Herm, I have watched this concern for moral injury gain traction with more and more people.

Does anything stand out from your experience of planning and participating in the February 10, 2013, worship service for the Soul Repair congregational consultation?

For many years I have heard Herm say, "The military establishment trains soldiers to kill people and break things." The conference made it clear that in the process of training solders to kill people and break things, we harm soldiers. We ask soldiers to do things which go against the grain of how God made us to live in human community. Soldiers are changed in profound ways through this training. Some recover from the military chapter of their life. They regain equilibrium. But many do not. It's staggering to realize that more US soldiers die from suicide than combat.

How have you been able to include what you call “a third conversation” in your interim preaching assignment at LaGrave CRC or elsewhere?

My assignment at LaGrave is narrowly defined in terms of preaching, and I have not addressed this subject in a sermon there. But I find myself championing the idea of a third conversation in many daily conversations with friends and colleagues. My wife and I have been part of a movie group for 13 years. The last movie we watched was Zero Dark 30, a movie about the killing of Bin Laden. Our animated discussion moved toward this third conversation.

I actually believe the fostering of this third conversation could be the most strategic and valuable contribution of the Soul Repair Center. And by the very nature of what I call "conversation," it must happen at a grassroots level, "when you sit at home and when you walk along the road, when you lie down, and when you get up" (Deuteronomy 11:19). The Christian community should "talk differently" than a polarized society talks about serious issues of war and peace making.

What first steps can congregations take to help veterans deal with soul repair from moral injury?

They can inform themselves of the broad range of returning veterans' struggles. Greater awareness of these struggles and of the high incidence of depression, anxiety, and suicide among veterans is creating a sense of urgency in some congregations to learn more and do more to help.

I think the most effective way to both learn about and minister to veterans in general—or to veterans with moral injury in particular—is to engage in deep conversation with veterans. Deep, respectful listening enables us to learn. But it also is the main gift we have to give to veterans, and a key component of healing. Storytelling heals in every direction.

Dealing with Moral Injury
A showcase on the concept of moral injury in war and the responses and tools of religious communities.
Read more »