As in the second century, people come to churches today not knowing much about Christianity. Discoveries about early church worship can help Protestants and Catholics disciple newcomers.

What ancient worship elements do Protestants and Catholics need to recover?

One element from the early church is well on its way to being recovered. That is the stress on communion and the Lord's Day as a joyful time of reunion with the risen Lord, rather than a funereal looking back to the cross. Another element, one we have yet to recover, is understanding baptized Christians as a priestly people, able to intercede before God for the entire world.

How does understanding baptized Christians as priestly people shed light on a New Testament theme?

The reference to Christians as a royal and priestly people comes from 1 Peter 2:9. The early church anointed the newly baptized with oil, just as priests and kings were anointed with oil in Israel. This continues an understanding of Israel’s role in the world, seen in the continued tradition of gathering ten Jewish men who pray for the good of the city in which they dwell.

How can these insights promote discipleship in church worship today?

We need to expand the "prayers of the people" beyond just praying for congregation members and their friends. Our prayers must include the world—places of suffering and food production, children and the elderly everywhere, those in power and more. Members need to understand that their baptism not only gives them the right to appear before God on behalf of others, but it also pushes them to do so. They are the voice of the world to God, and they therefore need to be aware of and concerned about world needs. 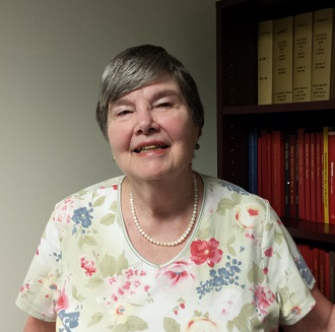 Worship Arts in the 21st Century
This syllabus provides a guide for a course that explores the current status and evolution of the worship arts culture within contemporary Christendom.
Read more »

Crucified—by My Hand
Readings for Nicodemus and the Centurion, along with a service plan for the Centurion.
Read more »

Indonesians on Diversity among Indonesian Christians
Indonesia comprises thousands of islands on both sides of the equator. Its Christians and seminarians come from many islands, languages, and cultures. They have a lot to learn from each other.
Read more »