This service takes place at Baylor University in Waco, Texas.

A worship service from the virtual Worship Symposium 2021. 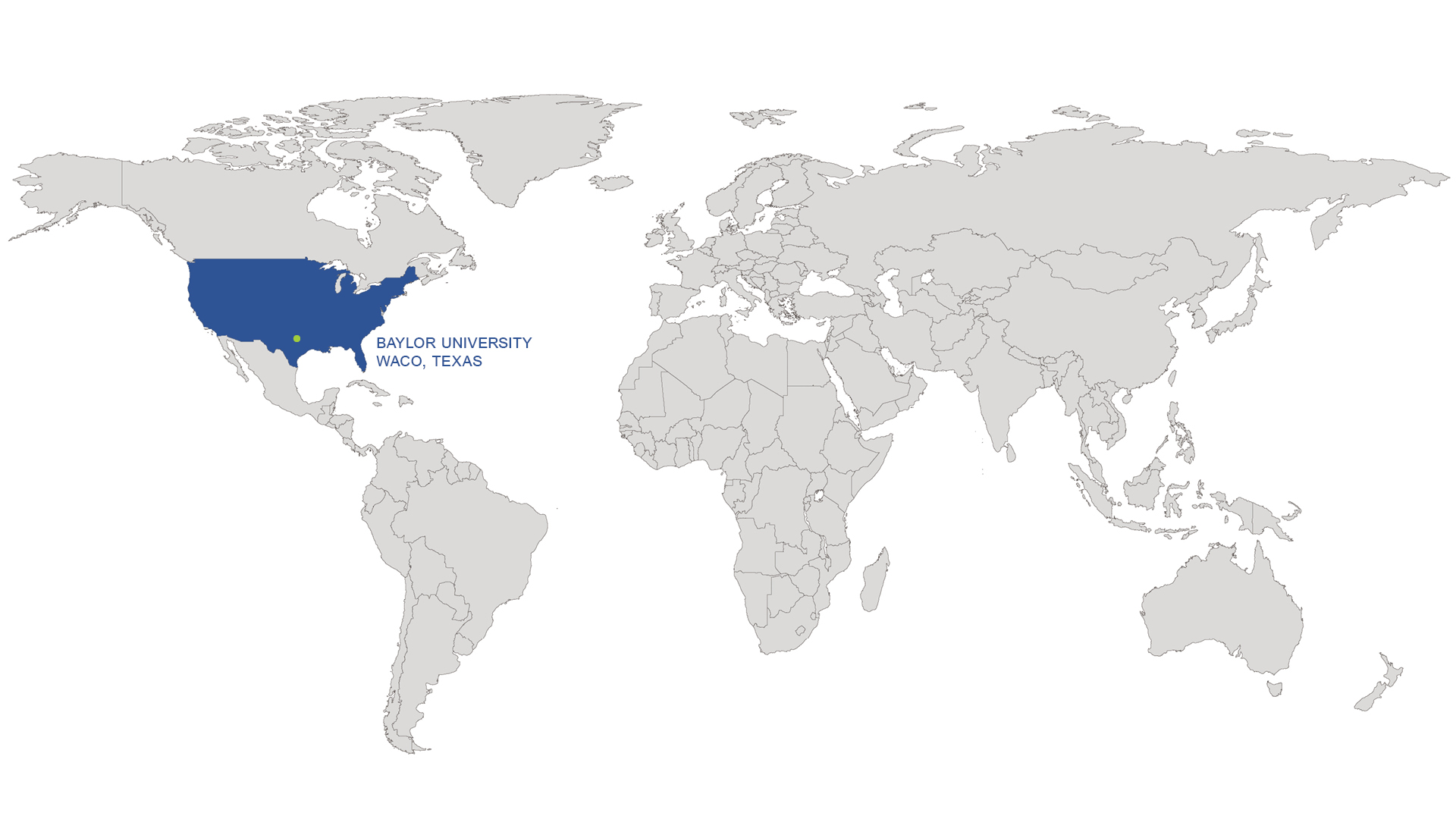 W.H. Auden wrote, “I know nothing, except what everyone knows—if there when Grace dances, I should dance.”

It’s clear that David knew that good truth, but I’m going to have to disagree with Auden, because not everyone seems to know how important dancing can be.

For instance, did you know that up until 1995—1995!—dancing was forbidden at Baylor? We changed that on our 150th anniversary, and the president at the time sponsored a big dance on 5th Street. It was amazing.

Centuries and centuries before Baylor’s first dance, King David danced when he finally got to Jerusalem with the ark of the covenant. We’ve not heard about the ark yet in our chapel, but the ark of the covenant was this beautiful, holy, sacred box, designed, actually, by God, and it goes with Israel in those days when they’re wandering everywhere. It goes way back, and they would always reverently worship before it. It led them into battle. It was a very big deal. It contained the Ten Commandments, and know they understood it to contain God’s presence. In many ways for these people, it carried God.

God, for our sakes, condensed the divine presence, the divine truth, for a time.

We all begin our journeys—in fact, right there with this container of truth—for God’s ancient people the ark of the covenant contained God’s glory, and they had lost the ark along the way. They lost it after a battle, and they had never stopped grieving. So when young King David, when he found out where it was, he knew how important it was to go and get it and to bring it back to God’s people. He was a new king, and the ark was immensely important militarily and politically; most of all, it was very important spiritually. To bring it to Jerusalem was for them to usher the presence of God into their city, into their midst.

It was an awesome and reverent thing—so much so that while they were getting it into the city, they wouldn’t even touch it with their hands. Moving it to Jerusalem was wonderful, but a little bit dangerous, too. Every few steps they had this sort of holy fear about it. They would stop, they would pray, and they would make a sacrifice, trying to show God how much they reverenced the ark.

When they finally got it to Jerusalem, David is just beside himself, and he’s out in front of the ark, and he’s dancing. He’s lost in this celebration that the presence of God is with them in this way. And what’s more, the great King David, he’s not dancing there in his regal, restrictive robes; he actually takes them off so that he is dancing in his linen ephod. He’s in his underwear—ancient, Middle Eastern tighty- whities.

And as the music plays, and the joy just explodes, he is dancing out in front of the ark. He’s not simply beside himself with joy; he really is—and I think you understand this moment—he really is beyond himself with joy, completely lost in the goodness of this moment, filled with exuberance for God, and that God was with them.

He’s in the street dancing. The writer of the text says “dancing with all his might.” With everything that he’s got, David is dancing before the Lord. That just seems right to us, right? Regardless of what those old Baptists thought, I know nothing except what everyone just knows: when grace dances, I should dance too. David knew that, but not everyone does.

Eventually, after David gives everyone in town some cake to take home so they can continue the celebration, David has to go home. And you can imagine that he’s on cloud nine. He’s still singing and dancing just a little bit, and when he gets home, his wife Michal meets him at the door. And she’s more than mad. You heard in the text the kind of sarcasm that was there.

She had been watching him from the window, and here’s a loose translation of what she said: “Way to go, Dave. You really distinguished yourself as king today, dancing out there in front of everyone half-naked. I’m embarrassed to be your first lady.”

That’s Michal. That’s Michal’s spirit. It’ll help you a little bit to know her story— which always helps, doesn’t it, to know somebody’s story? She was King Saul’s daughter. Saul was the first king of Israel, David’s predecessor. And early on David had actually courted the daughter, Michal, it seems probably for political reasons. He basically traded for her, sending the father, Saul, 200 Philistine foreskins. Michal’s father basically sold her to David even though she was in love with somebody else at the time. It was for sure the way of the day; I know that. But imagine the pain and impact; it helps to know the story.

Somehow, she wound up actually, as things worked out, back with her true and first love. But then here’s what happened. When David finally becomes king, he gets strategic in his thinking, and he just sent for her to seal the royal deal—even though he had other wives and she had someone else. He took her for his political needs.

So yes, Michal’s a little bit bitter. And she’s living this life in bitterness. And I want you to take note of that. She’s holding on to something she’s now living from. The pain in her past has everything to do with how she’s seeing the present. And that pain is keeping her from that celebration that everybody else is a part of. She’s in the window critiquing; she’s judging. David’s in the street, and he’s celebrating, and she’s in the window watching, and, you can kind of imagine, wagging this condemning finger.

A teacher I know says often, “What is not tranformed will be transmitted.” Whatever it is that is in (one’s heart) unhealed will absolutely be projected out there. And I think that’s what’s happening from the window, where Michal is separated from the celebration, and she’s missing it.

Did you know that many of the religious professionals in Jesus’ day had a pretty big problem with Jesus because of the way he celebrated life? He ate and drank with sinners, they said. He enjoyed himself a little too much. And in their minds, maybe they were a good bit like Michal at this point, and that determined everything that they saw and things that they were thinking about Jesus, and certainly what they said. “You shouldn’t be having dinner with these sorts of people” is the way they put it. And I can imagine them maybe going on and saying, “If you’re going to go there, you at least ought to be preaching to them, prophesying, or talking about sin, or witnessing, or doing something really, really holy. Don’t just go there and have a good time.”

I’m wondering how you picture Jesus, though. Does Jesus watch in the window, or is he living his life with all his might before the Lord?

Listen to me carefully: If you cannot picture Jesus enjoying himself with his friends at a dinner party, if you cannot imagine Jesus living, you may misunderstand his dying. Jesus lived an abundant life, I think, and invites us to do the same. This is why he came, he says—that we might have life, and life abundant.

There’s David out in the street dancing because God is present; grace from above is comingling with what is below, and anywhere that heaven and earth meet is always this moment of incarnational grace, and David enters into it fully.

And then there’s Michal in a window, watching and preaching about all that’s wrong.

We dance in life. Grace has found us again and again, maybe through what is joyful, or what is deep, or what’s lovingly sacrificial, anything that’s beautiful—a true friendship, a gift well used, a good nap, any moment of divine comingling that moves us beyond ourselves. We know David’s dancing spirit.

And we know Michal’s too, watching from the window, comparing, summing up, critiquing, justifying, avoiding, complaining.

I know the choice is not easy for many of us to make. The story does matter. It’s hard, but yes, there is always a choice. Grace is always doing this: it’s like the hand of God, through life and through so many people, always inviting us down to the celebration. Those in the church are doing this. You know, the church is ekklesia in the Greek, and that means “the called-out ones.” Called out from what? What is it that we’re in, some window we’re stuck in in life, a frame that causes us to see everything this way. And the grace of God goes like this [beckoning motion].

You all are being called out from that which has you alone in the window. Come down, won’t you? Join the celebration. Know what everyone knows: when grace dances, you should dance too. Amen. 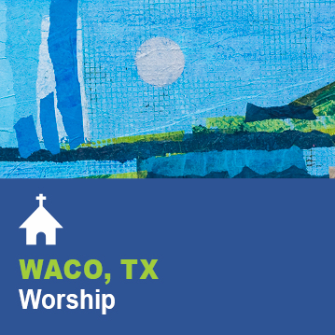 Juana Bordas on Leadership for a Multicultural Age
In this episode, Juana Bordas talks about the power of leadership when each person, culture and community can contribute equally and show respect for all, and how leaders who embrace gratitude and forgiveness offer their communities hope for the future.
Read more »