We discover easily that visual communication is often most effective. So if we are going to teach the Christian Year to our congregation, some diagram or picture of the Christian Year is needed, or at least some helpful metaphor that will portray it’s dynamic.

The word “year” really is inadequate. It only says that this is something which you can expect to find repeated every twelve months.  It sounds too much like dead data from a calendar.  Two other possibilities must be considered.

We can talk about the cycle of the Christian Year, since a cycle involves movement. It is dynamic and repeats itself.  It is also progressive, with each part flowing naturally into the next. Whereas it may be easy to think of a year as a succession of months, beginning with one and ending with another, a cycle is continuous so that at the end it returns to the beginning point to start all over again.  There is no beginning and no ending. Therefore many churches prefer to speak of the “Cycle of the Christian Year” because it captures these marks of the year best.

In doing so, they will picture it like this 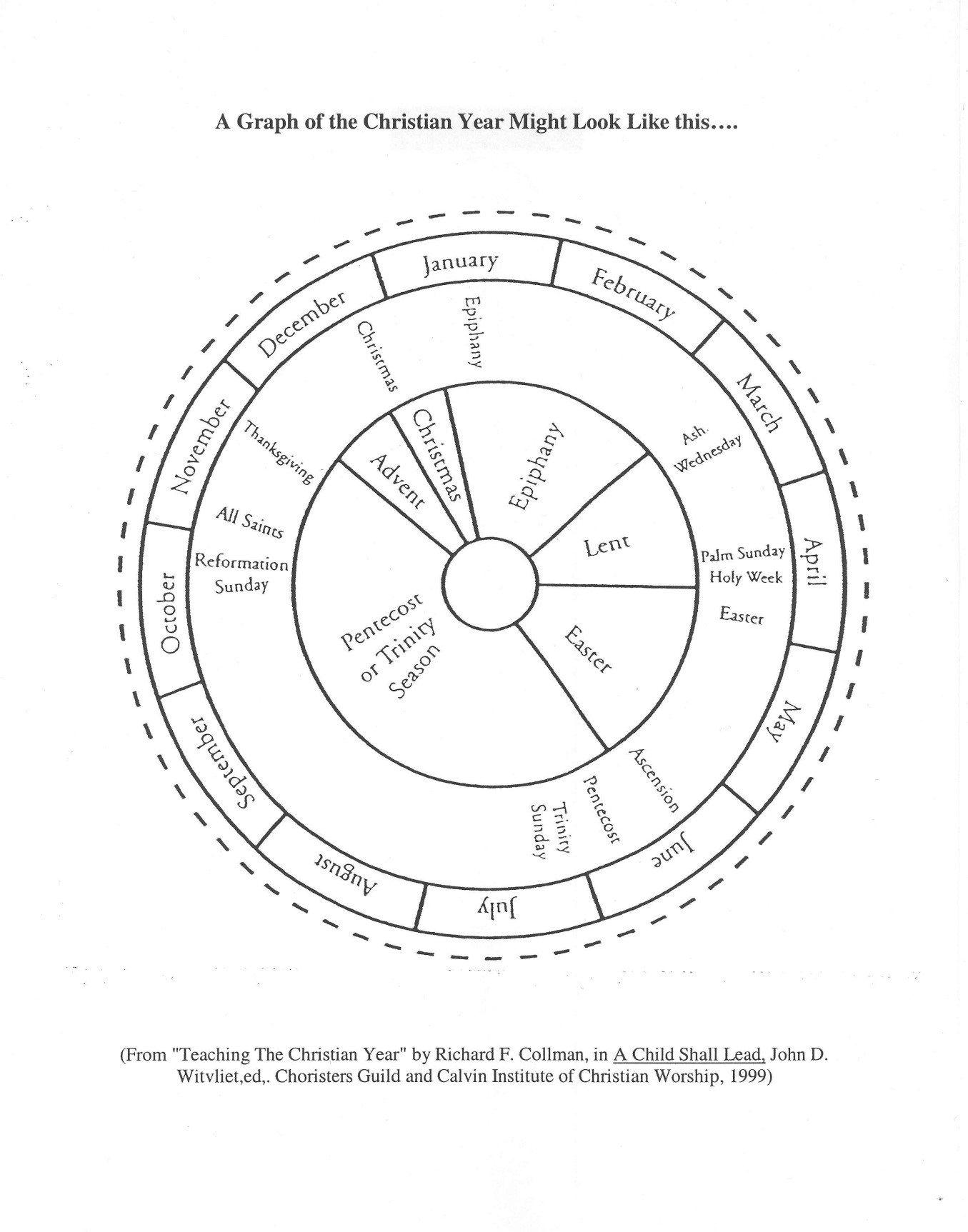 Or we can talk about the journey of the Christian Year. A journey also is dynamic; it has a point of beginning and a point of conclusion. It involves steady movement from one location to the next.  A journey also assumes that some stages are necessarily prior to others; there is a gradual escalation of fulfillment as the journey progresses. Therefore you will find churches talking about the “Journey of Advent” or the “Journey of Lent”, etc. Yet the concept or picture of a journey lacks the continuation of the process repeatedly. Once a journey is done it’s done, whereas cycle immediately returns to the beginning again.

If you select journey as your picture, you will likely design it something like this:

However in both of these instances, you will have to make a decision about the number of stages into which the cycle or journey is divided. Some will speak of two stages, some of three, and some of four.

Whichever you select, take care to be consistent. 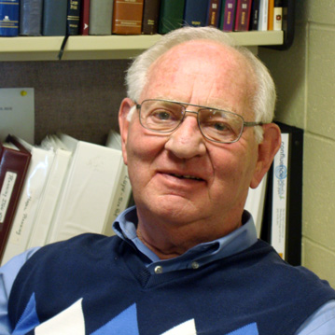 Howard Vanderwell was a Resource Development Specialist of Pastoral Leadership for CICW and an adjunct professor of worship at Calvin Theological Seminary.

Preparing Students for a Lifetime of Worship
An article encouraging teachers to introduce their students to a lifetime of worship through healthy, thoughtful worship practices in the classroom.
Read more »

With Every Good Thing Series - Morning Devotions - Hebrews 12
An order of worship planned around Hebrews 12, originally held at the Calvin Symposium on Worship. The fifth of a six-part series on the book of Hebrews from the 2008 Symposium on Worship. These services are designed to rejuvenate the vigor of the faithful by returning us to our first love: our wonderful Savior Jesus Christ.
Read more »

Weekday Chapel: The Wind of the Spirit
Because the first Pentecost was such a dramatic multi-sensory event, with surprising sights and sounds and experiences, we celebrated it in worship accompanied by visuals and sound effects.
Read more »