A majority of U.S. Christians born before 1965 are white. However, the fastest growing groups in the U.S. as a whole and in its churches are people of color. Preaching must change to reflect this diversity so that all generations and nations can encounter God through the Word

Sandra Maria Van Opstal is executive pastor at the Grace and Peace Community Church in Chicago, Illinois. She has reached many through her leadership and preaching on topics such as justice, poverty, racism, racial identity, reconciliation and global mission. Sandra has been featured at Wheaton College, North Park University, the Christian Community Development Associationand InterVarsity Christian Fellowship. In this edited conversation, she talks about multiethnic preaching that reaches beyond a single demographic.

Your book The Next Worship: Glorifying God in a Diverse World says that the greatest opportunities for growth in U.S. churches are among communities that are becoming younger, browner and less connected to “church.” When did you start noticing this?

During my years on InterVarsity campus staff (1999-2013) with Chicago Urban Program and as worship director for Urbana Missions Conference, I increasingly saw young adults who were interested in faith for the first time. They hadn’t grown up in a church and were skeptical but curious when they met Christian students who shared their interests in social engagement, service and social justice. Those of us leading on campus and at leadership training camps also noticed more ethnic diversity among the student attendees. We wanted to be proactive and intentional in our worship planning and preaching.

What have you learned about how culture shapes Christian worship?

In cross-cultural conversations and experiences, my friends and I have noticed archetypal themes—things that are generally true about a group. (Note: this is different from a stereotype that generalizes every individual within the group). Denomination and theology also influence these archetypes in worship. Their lived experience as communities leads different cultures to focus on specific attributes of God’s character.

In many urban black or Latino churches, the function of worship is to be inspired and fueled to make it through another week, to “hold on,” as many of our songs say. Many of our churches are in communities that experience poverty, scarce housing, police brutality and educational inequity. The Exodus story and themes of liberation, of God’s great power overcoming suffering, resonate with many African Americans regardless of socioeconomic status. Latino worship is a communal celebration of the presence of the Holy Spirit. We are ready for whatever God chooses to do though his Word and worship—regardless of what we have prepared. This means preaching and worship work hand in hand as pastors interpret what the Holy Spirit is doing in the community.

In many white churches, especially in an upper middle class context, the purpose is to instruct, so you come away with a new thought. You receive tools that remind you of who God is. You use apologetics and evangelism to convince peers that your faith is true and relevant. Even historical hymns read like theological statements. The focus of spirituality is discipleship of the mind. White, Western-influenced worship talks a lot about a personal relationship with God and the need for repentance and forgiveness.

We all have different reasons for being at church, and these approaches shape how we practice the ministry of the word.

Your church neighborhood is mostly Latino and black. Your denomination, the Christian Reformed Church in North America, was begun by Dutch immigrants. How do you choose a cultural emphasis in your preaching?

At the Grace and Peace Community Church, we’re an intergenerational and multiclass community in a black/brown context in northwest Chicago. Most of our congregants come from Catholic and Pentecostal backgrounds. I like to say we are “reformacostal.” These merged traditions teach us that the Bible is truth and that the Spirit’s gifts were not just for one dispensation or season in the church. We are always straddling many culturally shaped values while trying to be true to our theological center. Given our two worlds at Grace and Peace, we try to do both—teach and preach, inspire and instruct.

How do you do that?

We shape sermons to include historical context and modern relevance. If I don’t give the historical context of the Scripture, congregants don’t understand its force. If I don’t connect the Scripture to their modern experience, they can ignore it. Preachers have the opportunity not only to quote books, but also to reference current events, popular culture and our personal lives. Building this bridge is especially important for youth and millennials, since they live in a world so culturally removed from biblical times.

Ethnodoxology, the study of music and culture, has a concept called “heart language.” It is when people experience particular intimacy while singing in languages and styles rooted in their culture. I believe we also have “heart scriptures,” passages that speak powerfully not only to an individual person but to individual communities. For Latinos, themes of exile, of being foreigners and aliens, ring loudest. In a series on the book of Ruth, I described Naomi and Ruth in their historical context. “Can you imagine,” I asked, “being a vulnerable woman, not knowing the language, trying to glean leftovers from the harvest field, wondering if you’ll be safe and accepted?” Many women in church were crying, because they have experienced that as immigrants and women of color in a dominant culture. I connected their “heart scripture” to a current global issue by explaining that refugee women today still face these same fears. We used Refugee Sunday resources from World Renew in that service. We also asked two Syrian Christians with whom we had relationships to lead us in prayer.

How does culture influence the way you apply Scripture to current life?

For a series on the cost of following Jesus, I chose the story of the would-be disciple who asked Jesus to wait until he’d buried his father. Jesus replied, “Follow me, and let the dead bury their own dead.” That is a very hard and confusing thing for Latino or Asian Christians to hear, given the importance we place on family obligation and honoring and respecting parents and their lives and legacies. One congregant told me he thought the text meant that the earth is all going to burn up anyway, so don’t worry about earthly things like funerals. Focus on the eternal instead.

I explained that, in Jesus’ context, the elder son was responsible to make sure his father was buried well. The burial process took a whole year. Jesus was saying, “I can’t wait. Forget the reason you exist in your family. I have to be first.” In following Jesus, the man would be risking disgrace and dishonor to himself, his family and his neighbors. That’s a difficult choice in shame-based and honor-based cultures. I explained that Jesus wasn’t asking his followers to disrespect their parents. He was saying that in order to love your family well, you have to love Jesus Christ more.

My husband, Karl Ostroski, said, “Oh, I get it. It’s like explaining the cost of discipleship to white suburban Christians (at least those whose largest family value is financial stability) like this: ‘go and sell everything you have and give the money to the poor.'” That “go and sell” passage wouldn’t illustrate costly discipleship so well at Grace and Peace. Everyone already operates with a “what’s mine is yours, what’s yours is mine” mentality, because, if we don’t rise together, we don’t rise at all.

How do you integrate music and preaching in a given worship service?

People come to church to be inspired. Worship is a huge part of touching both your mind and affections. Some churches at times have a disconnect between worship and preaching. At Grace and Peace we try to make connections between the sung word and the written word. We want to acknowledge the work of the Holy Spirit in prayer. Throughout the sermon and especially at the end during the invitation, I use words from songs we have sung. When preaching from Matthew 8, I used Hillsong’s “I Surrender.” It asks, “Like a rushing wind … like a mighty storm … Lord have your way in me.” I said that when you sing it, you’re basically asking God to come into your life like a hurricane. You’re giving the Holy Spirit permission to move in and turn everything upside down.

How do you integrate the sermon with the Lord’s Supper?

I write the communion liturgies. The words of institution are always there and always bilingual. But I vary the other wording according to what season we’re in, such as Lent or Advent, or what sermon series we’re in. The invitation is the same, but nuanced for the aspect of God we see via the Scripture.

I learned from The Emmaus Community, an African American church on the South Side of Chicago, to sometimes invite congregants forward as families. So, in an Ephesians series about unity and maturity in the body of Christ, here’s how I did the invitation to the table: “Because of the life, death and resurrection of Jesus, we are being united into one body. As you come forward, think about how you are living into community.” I invited congregants to come forward with their family or friends or small group. Each group stood in a little semicircle. As each group member received the bread and grape juice, they waited until they could all take it together. We celebrate the table once a month, but we have the freedom to place it with a Scripture that really highlights Christ’s work on the cross. One of my favorite seasons was partaking of the Lord’s Supper every week during our sermon series in Colossians, which exalts Christ’s work in a distinct way.

Get current statistics on increasing diversity in U.S. churches and religious differences among millennials. Read The Next Worship: Glorifying God in a Diverse World. Listen to Sandra Maria Van Opstal’s Urbana 2015 presentation, “The Next Worship: Practicing Hospitality & Mutuality in Diverse Worship.” 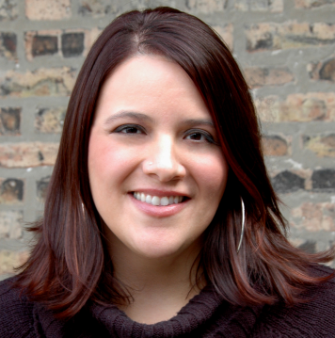