In observance of the Good Shepherd Sunday, the fourth Sunday of the Easter season, Michael Hawn, professor emeritus of church music at Southern Methodist University, shares his ten favorite hymns on Psalm 23.

Metrical and Responsorial Paraphrases of Psalm 23

This venerable versification of the Authorized (King James) Version of the Bible (1611), now often ascribed to Cornish nobleman Francis Rous (1580–1659), appeared only four decades after the KJV and remains one of the most assuring versions of Psalm 23 nearly four centuries later. For many, Psalm 23 was the first psalm memorized as a child. It may also be the psalm spoken at our gravesite. A side-by-side comparison of the metrical psalm with the biblical psalter reveals that the sung version is very close, having attempted neither to add anything nor take away any aspect of the scripture. CRIMOND, a tune by Jesse Seymour Irvine (1836–1887), is one of many tunes used with this text, though it is by far the most enduring. It may be sung as an unaccompanied solo or with orchestra as in the YouTube recording.

Anglican clergyman William Henry Baker (1821–1877) provided another metrical version of Psalm 23 about two centuries after the famous paraphrase in the Scottish Psalter (1650). Though at first it seems quite similar in that it follows the entire psalm verse by verse, there are some significant differences. Baker’s description of the pastoral setting is more vivid, perhaps drawing upon experiences in England’s famed Lake District; the translation of the scripture upon which the metrical paraphrase is based is not the KJV, but the translation by Miles Coverdale (1488–1569), used in the Anglican Book of Common Prayer and thus beloved by many. Some phrases were taken directly from this translation. Baker’s paraphrase incorporates New Testament images such as the cross, “unction grace” (anointing grace, 1 John 2:27), and a “pure chalice,” a symbol of communion. Several tunes have been paired with this text, including DOMINUS REGIT ME (the Latin title for Psalm 23) by John Bacchus Dykes (1823–1876) and ST. COLUMBA, an Irish melody first paired with this text by the famous English composer Ralph Vaughan Williams (1872–1958).

The Grail Psalter (1963) was a collection of English psalm translations designed to be both faithful to the originals and more natural in speech patterns. Jesuit priest Joseph Gelineau (1920–2008) developed responsorial settings based on the concept of “sprung rhythm,” musical settings that respond to the natural flow of speech rather than falling into regular metrical poetic patterns. Fr. Gelineau’s setting of Psalm 23 is his most beloved and has been sung by congregations whenever this psalm appears in the lectionary as well as at times when comfort is needed.

Composed in the mid-1980s at Holden Village, a retreat center in the Northern Cascades of Washington state, this responsorial paraphrase of Psalm 23 composed by Marty Haugen (b. 1950) is imbued with comforting metaphors: “rest in the meadows of faithfulness and love” (st. 1); “heal my weary soul” (st. 2); “My spirit shall sing the music of your name” (st. 3), “Your rod and your staff, my comfort and my hope” (st. 4); “You [crown] me with love beyond my power to hold” (st. 5). The refrain invites God to gently “shepherd” us “from death into life.”

Hymns that Allude to Verses in Psalm 23

This childlike hymn is of unknown authorship, though it is usually attributed to Dorothea Ann Thrupp (1779–1847), an English woman who included it in the fourth edition of her Hymns for the Young (1836), one of several collections she prepared for the devotional life of children. Drawing both on Psalm 23 and Jesus’ description of the good shepherd (John 10:11–18), it is not difficult to imagine how reassuring the images of the hymn were to children with references such as “tender care” and “pleasant pastures.” The musical setting by American composer William Bradbury (1816–1868) repeats the final two lines of each stanza beginning with the word “blessèd,” a word related to “blessing.” This provides an sense of assurance and comfort: “Blessèd Jesus, thou has bought us, thine we are; Blessèd Jesus, hear us when we praise and pray; Blessèd Jesus, early let us turn to thee; Blessèd Jesus, thou has loved us—love us still.” As some hymnals do today, the singer may substitute “you,” “your,” and “yours” for “thou,” “thy,” and “thine.”

This hymn was written during the Civil War by Joseph Gilmore (1834–1918), a New England seminary professor and Baptist minister. Preaching at First Baptist Church in Philadelphia, Gilmore described the hymn’s origins: “I set out to give the people an exposition of the twenty-third psalm, which I had given before on three or four occasions, but this time I did not get further than the words ‘He leadeth me.’ Psalm 23:2, ‘he leadeth me beside the still waters,’ became the theme of the song.” The hymn lyrically follows the flow of the psalm and is anchored in the refrain added by composer William Bradbury (1816–1868), which states the theme “He leadeth me” four times, offering abiding assurance.

7. “We Shall Walk Through the Valley in Peace” (African American)

Drawing upon Psalm 23:4, the roots of this spiritual run deep in the antebellum South. It is found in the famous post-Civil War collection Slave Songs of the United States (1867) as “We Will March Through the Valley in Peace.” Some versions begin, “We shall walk through the valley of the shadow of death; we shall walk through the valley in peace.” It is understood that “Jesus himself [would] be our leader.” The arrangement by Moses Hogan (1957–2003), dedicated to Dr. Pearl Shangkuan and the Calvin College Alumni Choir (2001), is the most common one in use today.

8. “I Want Jesus to Walk with Me” (African American Spiritual)

The scriptural roots of this spiritual may be found in several biblical narratives, but Psalm 23:4 would certainly be one: “Yea, though I walk through the valley of the shadow of death, I will fear no evil.” It has been associated with people experiencing deep crises, including African Americans facing poverty and oppression during the Reconstruction Era through the Civil Rights Movement and in many other contexts. This spiritual is one of several “journey” songs, including “Poor Wayfaring Stranger” and “Jesus Walked This Lonesome Valley,” that is especially comforting for those who are physically or emotionally alone and seeking the abiding companionship of Christ on their journey.

This song, the composer’s most famous, shows the imprint of several psalms but draws especially on Psalm 23:1 and 23:4. Doris Akers (1923–1995), also known as the composer of “Sweet, Sweet Spirit,” was one of the leading voices in African American gospel music on the west coast in the mid- to late-twentieth century. African American scholar Horace Clarence Boyer call this a “gospel song set as a lullaby,” an interpretation reflected in the recording. Each of the three stanzas lifts up a thought that draws the singers closer to the leader of our journey:

Some have noted the song’s affinity with “Just a Closer Walk with Thee.”

A meditation was found in the breviary (prayer book) of the Spanish noblewoman Teresa de Ávila (1515–1582) that centers on the word nada (nothing). American poet Henry Wadsworth Longfellow (1807–1882) offers a poetic translation:

Let nothing disturb thee, nothing affright thee;
all things are passing, God never changeth.
Patience endureth, attendeth to all things.
Who God possesseth in nothing is wanting;
alone God sufficeth.

It is possible that this meditation was inspired by Psalm 23:1, which in Spanish reads, “El Señor es me pastor, nada me falta” (The Lord is my shepherd, I want for nothing). St. Teresa’s meditation amplifies this word. A portion of this meditation has been set to music by the Taizé Community. 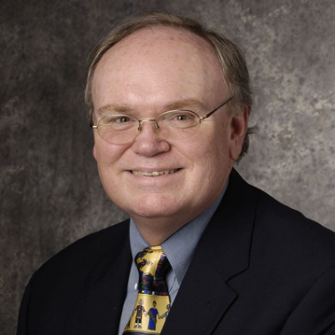 Chapel for Lent: Jesus Our Shepherd
A chapel outline focusing on Jesus as our shepherd.
Read more »