Maria Eugenia Cornou is from Buenos Aires, Argentina. In this edited conversation, she discusses the most-used Spanish-language Bible translation. 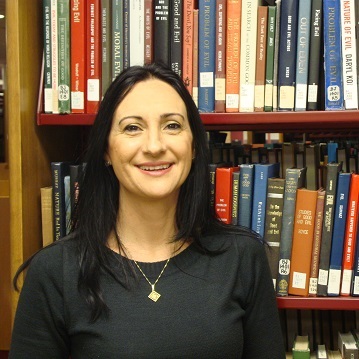 Maria Eugenia Cornou taught biblical studies and was administrative director at International Baptist Theological Seminary in Argentina. She holds degrees in public accounting and theology and is finishing a PhD on the topic of Protestant worship in Argentina.

What is the Reina-Valera and why is it important to Spanish-speaking Christians?

“Reina-Valera” is the usual name for a Bible translation into Spanish (Castillian). Translated by Casiodoro de Reina (1520-1594), it was first published on September 26, 1569, becoming the first Protestant Bible in Spanish. In 1602 it was revised by Cipriano de Valera (born in 1532), and since then it’s usually known as the Reina-Valera Bible.

Who were Reina and Valera?

Casiodoro de Reina and Cipriano de Valera were two Catholic monks in a monastery called San Isidoro del Campo, near Seville, Spain. In the mid-sixteenth century, one of the earliest and most important centers of Spanish Protestantism arose from this monastery. The works of Luther and other Reformers were read, studied, and copied. Very soon these "Protestant" monks started being persecuted by the Spanish Inquisition (1557). Reina, Valera, and others were able to escape, while other monks were burned at the stake.

Fleeing from country to country and after twelve years of hard work, Casiodoro de Reina finished the first complete Bible in Spanish, translated from Hebrew and Greek. About 2600 copies of this Bible were printed in Basel, Switzerland. This translation was later known as the “Bear Bible,” due to its cover emblem of a bear tasting honey. After the death of Reina, Cipriano de Valera revised this translation and had it printed in Amsterdam in 1602. Reina and Valera also made other significant contributions to the expansion of the Protestant faith.

What were their connections with other Protestant Reformers in Europe?

Spanish Protestants had many connections with other Reformers in Europe. Reina and Valera first ran away from Spain to Geneva, where they met John Calvin. Besides writing several books themselves, Reina and Valera translated other Reformers’ works. Valera translated John Calvin’s Institutes of the Christian Religion into Spanish. Reina became disappointed with the ultra-Calvinist doctrinal rigidity and the events concerning Miguel Servetus and decided to be closer to Lutheranism, while Valera remained closer to Calvinism.

For how long did Spanish-speaking Christians use the Reina-Valera Bible translation at home and in worship? Do people still use it?

This Bible has been revised several times throughout its history and these revised editions of Reina-Valera are still used by Spanish-speaking Christians. It remains the emblematic Protestant Bible in Spanish. This translation with its several revisions has become the best-selling Spanish language book of all times.

What else did you learn about the Reina-Valera during your trip last fall to Spain?

I planned well ahead my visit to the San Isidoro del Campo monastery. It was on my bucket list since my first year in seminary. So, I already knew almost everything about this story. However, being in the very same place where Reina and Valera (and other monks) became Protestants, I realized two things. First, the San Isidoro del Campo monastery is very close to Castillo San Jorge (Castle of St. George), in Triana, Seville. This castle was the Spanish Inquisition headquarters. How courageous these “Protestant” monks were, facing such a terrible danger so close to home!

Is the Reina-Valera roughly equivalent to the English-language King James Bible translation? If so, what biblical and archaeological scholarly insights do Reina-Valera users miss out on?

Interestingly, Reina’s translation is 42 years older than the King James Bible. Both translations were done from the Textus Receptus, and these two translations played a key role in the history of each language. Other translations (as well as most Reina-Valera revisions since 1960) work with the Critical Text. Each translation has its beauty and its particular contribution. So, it’s important for Bible students that are not familiar with Hebrew and Greek to read different translations and to make comparisons among them.