Larry Visser on Planning a Lift Up Your Hearts Hymnfest

Larry Visser is minister of music and chancel organist at LaGrave Avenue Christian Reformed Church in Grand Rapids, Michigan. In this edited conversation, he discusses the hymn festival that LaGrave hosted on February 10, 2013. 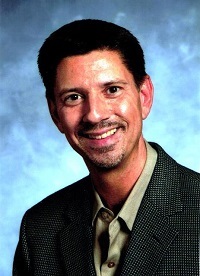 Larry Visser is minister of music and chancel organist at LaGrave Avenue Christian Reformed Church in Grand Rapids, Michigan. GIA Publications and Wayne Leupold Editions publish his compositions and arrangements of choral and organ music. Visser has an arrangement and composition in Lift Up Your Hearts, the new hymnal due to release in June 2013 from Faith Alive Christian Resources. In this edited conversation, he discusses the hymn festival that LaGrave hosted on February 10, 2013.

How did you decide on the format for your Lift Up Your Hearts Hymnfest?

Faith Alive employee Lynn Setsma is a member of LaGrave, and she approached me last fall to explore possibilities of hosting a hymn festival for our congregation and the greater community. Lynn shared with me a draft copy of the hymnal and a sample hymn festival from a church in Canada. Their festival program showcased the various sections and themes laid out in the hymnal. It also reflected the terminology used by the Calvin Institute of Worship about singing the whole story of God.

I chose our hymn festival title, “Through the Church the Song Goes On,” from the end of verse three of the hymn “Holy God, We Praise Your Name.” I used that hymn as the opening hymn. I also wanted to use arrangements from the new hymnal in the prelude, offertory, and postlude and in the choral introit at the beginning and the choral blessing at the end of the hymn service.

Who chose the songs, readings, readers, and other festival elements? Were they the same people who normally plan and lead worship?

I planned the musical portions of the service, including the prelude, offertory, postlude, and all congregational hymns and songs. Rev. David Bast, one of LaGrave’s interim ministers of preaching, planned the readings with me, although I had several ideas from my personal research and the service in Canada. Ann VanEerden, a member of LaGrave, chose readers from our congregation. I hired two LaGrave members to play flute and trumpet. The ministers of preaching and music generally plan worship, so, yes, the same people who plan worship on a weekly basis also planned this service, although I contributed much more input in this service than normal.

Lift Up Your Hearts includes dozens of musical styles from scores of cultures and Christian traditions. How were your hymn festival choices the same or different from your congregation’s usual musical style and instrumentation?

LaGrave’s worship is traditional and formal. We use the organ as our primary instrument for every worship service and to accompany congregational singing. We occasionally also use instrumentalists.

The hymn festival used a bit more piano than we usually do for congregational singing. I tried to select a variety of hymns and songs that come from all traditions, and yet that would fit our traditional worship style. We used the Chancel Choir to introduce new hymns and songs, which we haven’t done often. We also used instrumentalists playing melody lines or descants, which we do occasionally. The congregation sang one verse of the spiritual “Give Me Jesus” a cappella, which our congregation also does on occasion.

LaGrave worship service bulletins already present worship as a conversation between God and gathered people. How has or might your Lift Up Your Hearts event change how you relate to God, worship together, and life?

The overall flow and theme of the service (“Through the Church the Song Goes On”) helped the congregation understand, first, that they are part of a long line of worshipers throughout history that have expressed their faith through many types and styles of music, and, second, that they are very much a part of the entire story of God. That story includes creation, the fall and human condition, God’s covenant faithfulness, Advent, Christmas, Christ’s passion and exaltation, justice, trusting in God, confessing, the second coming, and doxology. Expressing that story through song was very moving for many worshipers. Hopefully, the service taught that we are living God’s story as we worship, both in corporate worship on Sundays and in all of life.

How do you expect to use Lift Up Your Hearts when it is released later in 2013?

LaGrave is approaching a committee within the church to secure funding for the new hymnal, which we hope to order in the spring. We would use the hymnal much as we used the gray Psalter Hymnal, choosing three or four hymns or songs for worship services, but also hopefully expanding the congregation’s repertoire to include many new hymns and songs. To do that, we may use our Chancel Choir and soloists a bit differently than we have in the past. We also hope to use many of the prayers, forms, and other liturgical resources within the hymnal.

For groups that haven’t hosted a Lift Up Your Hearts festival yet, what tips can you offer on setting up the worship space or tweaking sound systems?

Because of LaGrave’s traditional worship style, we do not typically use any sound equipment other than microphones for readers. So, all went as planned without any technical difficulties in our service.

One thing I’d like to relate is that the new hymnal offers a rich variety of hymns and songs, both time honored and new, and allows churches of all worship styles to adapt hymns and songs to their own unique tradition. For instance, Keith Getty’s and Stuart Townend’s worship songs have become beloved the world over. Though often this music is heard in a contemporary format, this does not mean the music cannot be used in traditional worship settings. We use these songs periodically at LaGrave—sung to organ or organ and piano accompaniment—and they have become an important part of our repertory. At our hymn festival, we presented newer hymns and songs in ways our congregation is used to, that is, with organ, piano, traditional instruments, and the choir.

Pablo Sosa on Congregational Singing
Songs put words in people's mouths, knowledge in their bones, and conviction about whose voice counts. Songs shape how a worshiping community lives out its faith. A feature story exploring the importance of congregational singing.
Read more »