John A. Azumah on Fostering Respect between Muslims and Christians

John A. Azumah grew up in a family that practiced traditional African religions and Islam. He became a Christian in high school and has dedicated his life and scholarship to building bridges between Muslims and Christians, especially in Africa.

John A. Azumah is a scholar, author, ordained minister in the Presbyterian Church of Ghana, and executive director of The Sanneh Institute at the University of Ghana. He is a visiting professor of world Christianity and Islam at Yale Divinity School in New Haven, Connecticut. In this edited conversation, he explains what it means for Christians to view Muslims as people created in God’s image.

Growing up in a Muslim family in Ghana, what were your stereotypes about Christians?

The main ones were that Christians are not clean because they don’t do ritual cleansing before prayer. They’re not prayerful because they don’t pray five times a day. And they are corrupt and corrupting, so you should avoid them. For example, they will try to get you to drink alcohol, to watch and read things you shouldn’t, and to corrupt you into rejecting Islamic traditions and values. Christians want to draw you into conversation not necessarily to make you a better Muslim, but to inject doubt into your beliefs and convert you.

And what Christian stereotypes did you encounter about Muslims?

They were almost the exact opposite. Christians said Muslims are not clean, meaning not hygienic. Muslims in Africa have been generally less educated and poorer than Christians. Many Muslims live crowded together in slums with no proper toilet facilities. Christians also think of Muslims as an impenetrable community prone to violence. If you offend one, you offend all, so you should avoid them. There is one good Christian stereotype about Muslims, which is that they are the most loyal. So, if you employ Muslims to be watchmen, they will take their duties much more seriously. They’ll speak their mind and are not known for hypocrisy.

What part did colonialism play in Muslim-Christian relations in Africa?

When Christian missionaries came to Africa, especially sub-Saharan Africa, there were Muslim areas, but most people practiced traditional African religions. The colonial rulers didn’t want trouble, so they didn’t allow missionaries into Muslim areas. They didn’t want to be seen by Muslims as imposing Christianity. The missionaries also brought education, so people who converted from traditional religions to Christianity had more access to education and better jobs. Muslims became seen as uneducated people who do menial jobs. This has played into the stereotypes and into Muslim-Christian relations.

When did you get to know any Christians?

I tested into a secular public high school that was a boarding school. Our school was predominantly Christian. The Christian church was in the heart of campus, and our mosque was very small and further away. But Muslim and Christian students didn’t obviously look different from each other. Our relationships grew more from the life we shared in classes than from our religions. We lived in the same dormitories and got to know each other close up. Christian students were sometimes surprised to meet Muslim classmates brighter than themselves.

Our stereotypes disappeared quickly. Kids are kids. We fought on the soccer pitch, not about religion. Going to boarding school became transformative not just because of the course content, but also because of what we learned subliminally from others. I made lifelong friends there. I became a Christian because of watching how my roommate studied the Bible, prayed, and lived as a disciple of Jesus. His friendship helped me through difficult times.

How did those difficult times shape you?

My dad was upset after I became a Christian. But my Muslim uncle supported and even later paid for my theological education. Some Christians tried to use me as a triumphalistic trophy. The more I went negative against Islam, the more they applauded me. But my friend Thomas helped me work through anger, fear, and guilt. My Muslim name is Karim, which means noble one, and is one of God’s names in Islam. I adopted the name John after my conversion. Karim is Arabic, so it’s also a colonial name!

I decided to become a bridge between Muslims and Christians.

You’ve lived in several countries. Are Muslim-Christian stereotypes the same all over?

In Africa, despite stereotypes, people still get along. You don’t often see Muslims discriminated against on the basis of faith. If you qualify, you get the job or the place in school. Discrimination here in Africa is more along ethnic and tribal lines. Ghana has only 30 million people but 72 language groups.

In India, the caste system predominates even in some churches and mosques. If you come from a lower caste and become a priest, some so-called higher-caste parishioners won’t take communion from you. In some cases, after worship, priests and pastors will shake hands with people of the same caste. They’ll just bow to—or not even acknowledge—people of lower caste. Marriage between persons from different castes causes problems even among some Christians and Muslims.

In Europe, before 9/11, stereotypes were more racial than religious. There were Muslims all over the place, but people talked against someone for being Pakistani, Indian, or African—not Muslim. At the time, I didn’t face much racism, or maybe I was too naive to notice it. When I went back in the late 2000s, people of color had become “the other.” On public transportation, you could see the fear of Muslims as people avoided them or made Muslim women uncomfortable. I felt “othered” because of my race. People with Muslim names like Mohammad worry they won’t be considered for jobs.

You’ve said you try to teach without needing to change your words in case a Muslim hears you.

Yes. I value personal integrity, so I do my homework on whatever subject I teach and look for alternative viewpoints from credible sources. When I teach about Islam, I look for Muslim authors, and when I’m teaching in the US, I look to books by Western-educated Muslims. I remind my students that we need to say truthful things in respectful ways. Jesus said that the gospel is food and drink, and I can’t be fruitful if I’m caught lying about Islam. I have to be gracious to Muslims because they are created in the image of God. In a recent course I taught (virtually) at Yale Divinity, I realized that my students included a Jew and a Muslim along with Catholics, Protestants, and various kinds of Pentecostals.

How might words in Christian worship hurt or welcome Muslims—and how would Muslims even hear those words?

In Ghana, many extended families are like mine, with Muslims and Christians living together. Muslims go to church for family occasions. For my ordination, the first people at church were my Muslim relatives. Many churches employ Muslim cleaners, drivers, and other staff. So in church you want to be mindful about what you say about Islam and Muslims.

Nothing truly Christian in worship would be offensive to Muslims because Christianity is pre-Islamic. That means our liturgies and Scriptures have nothing to say, negative or positive, about Islam. So I wouldn’t compare Jesus and Mohammed from the pulpit. Nor would I ever weaponize a text against Muslims. There are Bible texts that can be misused as anti-Semitic, so I’m always mindful to speak well of Jews as well as Muslims. If Muslim violence is in the news, I’m careful not to stereotype all Muslims as violent. Even though the Qur’an denies that Jesus died on the cross, Muslims who hear me preach the death of Christ know that’s my belief, so it doesn’t bother them.

What challenges do you sometimes face in talking about Islam and Christianity?

People ask me, “Is Mohammed a prophet, yes or no?” I say, “Whether God made Mohammed a prophet, I don’t know. I wasn’t there. He is not a prophet to me. If I said he was, then I’d have to be a Muslim. But there are 1.6 billion people in the world who see Mohammed as a prophet, so he is to them.” Religious claims have consequences for participation and fellowship. I choose to speak truth with grace and nuance because these are not all binary issues. I honor Muslims as neighbors and guests. I don’t need to denounce what they hold dear.

I grew up in a family that made space for both religions. As family, we help each other. One of my sisters asked for a ticket to Mecca for the pilgrimage, so I paid for it. Also, Islam has taught me to be more Reformed. Islam teaches about sovereignty, holiness, the otherness of God, and why I must be humble. I don’t know everything, but God does, and I can trust him to live into my questions.

What have you noticed about current Christian attitudes toward Muslims?

It deeply worries me when Christian truths, values, and biblical principles are not held as precious. It seems that political and religious pressures make it easy to jettison Christian compassion, as if the faith we ascribe to is simply a cloak we put on and take off. We should view biblical principles as ideals to strive for. Instead, we allow fear of ISIS and terrorism to overtake our emotional response. We dehumanize refugees and others who’ve been traumatized. In Ghana and the US, Christians can be so harsh, strident, and stingy in helping others. I see this fear more in older generations who grew up in monocultural communities.

The younger generations feel more interconnected. They give me hope—but it also scares me that they feel they have to give up Christianity to treat others with dignity. When we don’t model diversity within unity, then younger people believe that giving up Christianity is the price they must pay to become more accepting of differences.

These resources by John A. Azumah will help you learn more about Islam:

This Christianity Today article honors the late Lamin Sanneh, who, like John A. Azumah, converted from Islam and became an expert on Islam and African Christianity. Azumah is executive director of The Sanneh Institute at the University of Ghana. 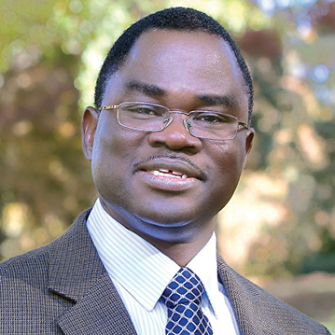