The Micah Groups program brings together pastors from diverse denominational, theological and ethnic contexts, all who desire to become empowered wise preachers. They seek justice, love mercy and walk humbly with God. Over time, they build enough trust to have courageous conversations about worship, preaching and justice.

Jennifer Ackerman is ordained in the Presbyterian Church (U.S.A.). She directs the Micah Groups program with the Ogilvie Institute of Preaching at Fuller Theological Seminary in Pasadena, California. Ackerman oversees recruitment, training and support of nearly 100 Micah Groups across the US, Canada and abroad. In this edited conversation, she talks about why it’s so important for those in ministry to talk with people who are not like them.

How are Micah Groups similar to or different from other peer learning groups for pastors?

The book So Much Better: How Thousands of Pastors Help Each Other Thrive brings together studies on how peer learning creates measurable growth in pastors, their families and their ministries. The best results come when peer groups have trained facilitators, a set curriculum, a group covenant and a commitment to meet together for at least two years. Micah Groups have all those elements.

Often, clergy peer groups are affinity groups, for example being all one gender, culture or denomination. We added a focus on diversity to Micah Groups, because we want them to be more than a support group, though members do find support in each other. This diversity lets group members hear God’s voice in new ways. We aim to strengthen church leaders as they try to address pressing societal needs in the worship and preaching lives of their ministry communities. We believe the only way this can happen is to step courageously into cross-denominational, multiethnic relationships.

In what ways are Micah Groups diverse?

Each group has 10 to 12 men and women from different denominational, theological, cultural, ethnic and socioeconomic contexts. Not all members are preachers. They may be pastors, worship leaders, chaplains, lay leaders or active in another form of ministry. Each group has two facilitators who receive training in Pasadena to lead our curriculum, First Things, written by Mark Labberton. As the first Ogilvie Institute Director, he founded the Micah Groups program and is now Fuller Seminary’s president.

What do groups do—and for how long?

Micah Groups meet 12 times, over 18-24 months. (The First Things curriculum is hosted on our custom-designed online eReader.) Before each meeting, members explore one of 12 topical lessons. Each lesson has an essay and embedded video, audio and other resources. The eReader is interactive, so members can highlight, make notes and share comments with other members of their Micah Group. At each meeting members worship, pray, discuss and have courageous conversations about the lesson topic.

The first topic, “Communion,”­ explores how we are called to live in communion with God, the world and, especially, those different from us. Another topic asks people to consider “Home”; this discussion tends to be very profound because so many of us are longing for a sense of home. Yet it’s not something we often talk about. The final topic is “Courage,” so you end with fresh eyes and an expanded vision of God’s heart for the world, which hopefully leads to renewed energy for engaging with needs in our communities. Groups often meet all day for the first and last meetings but just for a morning or afternoon for the 10 meetings in between.

Have you experienced a courageous Micah Group conversation?

Yes, during a meeting on “Vision” in a Micah Group that I help lead in Pasadena. That meeting was hosted by a Filipino member on staff at a wealthy white church. My co-facilitator asked us to describe what we actually saw in the time from waking up in our home and neighborhood and driving to this clearly affluent neighborhood. The last person to share was an African American woman. She talked about growing up on “the wrong side of the tracks,” where her parents and neighbors would bus in to this neighborhood to work as maids or gardeners.

Then she told us how discouraging it is to know that history has not changed in the decades since then, which became clear when she arrived at our meeting that morning. After she parked her car, a white man parked nearby and followed her all the way to the church, never saying a word to her. He joined another white man and woman talking together outdoors, and the three continued to look her up and down. They didn’t greet her, but simply stared at her as she found her way into the church. Our Filipino member was deeply grieved to learn that these were likely church staff members who’d treated her this way. A white man in our group wanted to fix it by saying, “This will all be redeemed in the new heaven and earth.”

How did that conversation affect you?

It was very emotional for me because it forced me to confront my white privilege. I have no idea what it feels like to be judged, feared or ostracized simply because of the way I look. It makes me angry that this happens every day for so many, and I feel guilty that it never happens to me. It’s a learning experience to sit with pain. Our Micah Group has continued to have strong conversations about race. I’ve discovered that it’s especially hard for white people to simply hold brokenness and grow in understanding, without trying to fix it.

Can everyone afford to join a Micah Group?

The actual cost per Micah Group member is  $1,200 to $1,500, but we only ask for $400 per person. The learning is equivalent to a four-unit course at Fuller Seminary, which costs $1,600 or more. Even this greatly reduced cost is more than some members can afford, so we are very happy to grant scholarships to make the Micah Group experience available to leaders from all socioeconomic contexts.

What else happens as a result of Micah Groups?

Members describe truly transformational growth when they sit at the feet of leaders outside their own context and find out how others are preaching, or not, on justice issues like Syrian refugees or killings of unarmed persons of color. It really does take courage to step out in faith when your vision is broadened like this. A Baptist minister in Toronto felt called to lead his church in a new direction, which made many congregants uncomfortable. He joked that he was going to write a book called How to Grow Your Church from 400 to 200.

One group rented theater space so their people from black, multiracial and white churches could watch and discuss the film Selma together. Another group started a joint youth program between a black church and a white church. We’re also working on a Micah 2 curriculum that will help Micah Groups dialogue about specific justice topics, such as gun violence or immigration, and will make a plan together to work toward real change in their community.

Contact Jennifer Ackerman about joining a Micah Group or starting one in your area. Read Mark Labberton’s books Called: The Crisis and Promise of Following Jesus Today, The Dangerous Act of Worship: Living God’s Call to Justice and The Dangerous Act of Loving Your Neighbor: Seeing Others Through the Eyes of Jesus. 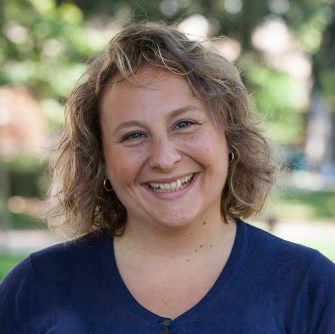 From Isolation to Encirclement: Finding the Preaching Voice Among Peers
By preaching to trusted peers and hearing their reflections, even veteran pastors can find transformation in the practice of preaching.
Read more »