Newly trained as a homiletic peer coach, a veteran pastor builds on the experiences that had the greatest impact on his formation as a preacher: mutual reflection with colleagues.

I was not required to take homiletics courses in seminary. The one I chose to take was an elective on using humor in the pulpit, taught by one of my favorite professors. I had preached in several small congregations before going to seminary, so I thought I knew what a good sermon sounded like and how it should be delivered. Of course, I was woefully wrong.

My lack of academic formation has been more than made up for by what I have learned about preaching from mentors and peers along the way in my ministry. Looking back, I realize I have been shaped by something more like the apprenticeship model in African-American preaching traditions than the standard academic model through which most Anglo preachers are trained. Over the years, my preaching craft has continually been reformed by opportunities to exchange insights with colleagues on what it means to be a preacher and what makes for an effective and faithful sermon.

My real preaching formation began with my first call as an associate pastor. The church’s head of staff was an excellent preacher and mentor—an all-too-rare combination. Listening to him preach shaped the way I began to think about my role as preacher. He recognized my incipient gifts for preaching and invited me to engage in a process of mutual reflection and critique to “help both of us improve our preaching.”

I knew how much more that conversation was meant to improve my preaching than his, but I deeply appreciated the way he framed the process as a reflection between colleagues rather than as a teaching opportunity.

Though I have attended preaching conferences over the years, their effect on me was akin to eating really good candy—a quick sugar rush, but no lasting nutrition. I would come home with a few new tricks to try out over the next couple of months, but they didn’t result in any long-term formation.

Talking with other preachers—especially my peers—has had a far more lasting impact on my preaching.

Because of my experiences with peer formation, I was elated when John McClure and Dale Andrews invited me to be part of the David G. Buttrick Certificate Program in Homiletic Peer Coachingat Vanderbilt Divinity School.

McClure became a member of the Presbyterian church in Nashville where I served as pastor when he first came to Vanderbilt. He heard me preach for several years and was always an encouraging colleague. Andrews, his long-time colleague, was an African-American scholar who provided a helpful theoretical bridge into the apprenticeship model and gave me new language to describe my own experience of having been shaped by peers over time.

The Vanderbilt program seeks to foster an intentionally peer-based approach to coaching preachers. Rather than training me to be an “expert coach” whose task it is to teach other preachers how to be better at their craft, it focused on helping me learn how to encourage a community of preachers to strengthen one another.

The program’s client-based approach and its inductive methodology have also been important for me. Rather than starting with issues the coach might want to raise, the coach asks preachers to identify the issues with which they want the group’s help.

Members are asked to refrain from offering “fixes” or suggesting preaching strategies. Rather, they act much like a Quaker clearness committee, posing questions that help the preachers reflect more deeply on the issues with which they are wrestling. It’s an “I wonder” approach rather than an “I think” one. This inductive approach provides more room for the Holy Spirit to emerge in the midst of the conversation, often enabling preachers to discern insights they had never before considered.

Over time, each member of the group gets to sit in the “preacher’s chair” more than once. Peers who sit in the circle around the featured preacher often gain insights into their own preaching process simply by listening and observing.

Being part of a collaborative group focused on helping members grow in their understanding of how they preach has made my own preaching more faithful and effective. As a coach in training, I’ve been changed along with the other members of the group. The loving assessment and mutual encouragement I have experienced in this process encourages me to take more risks in my own preaching and to learn from the successes and failures I experience in taking those risks.

As my training at Vanderbilt nears an end, I look forward to forming my first cohort of peer-coaching preachers in northern California. Programs like this have a multiplier effect because participants are encouraged to form new groups in their own communities and judicatories. My goal is to encourage the preachers with whom I work to form their own groups as they become comfortable with the methodology and experience its benefits.

A word to young pastors

Here’s what I want to say to young pastors beginning their preaching ministry (something I wish someone had said to me years ago): The craft of preaching can be honed only over time, and it is best honed through reflection with other practitioners. Faithfulness to our ordination vows calls us to commit ourselves to continue to grow as preachers. Working with a peer preaching cohort is one of the best ways you can become a more faithful and effective communicator of the gospel.

One last thought: As models of preparation for ministry continue to change, peer preaching models will become even more important. With denominations opening more paths for people to lead congregations without earning an MDiv, the need for pastors to support, encourage, and learn with one another will only become more important. I am thankful to the Lilly Endowment for supporting the Calvin Institute of Christian Worship, the Buttrick Certificate Program, and other initiatives that strengthen the quality of preaching in all our traditions.

Read So Much Better: How Thousands of Pastors Help Each Other Thrive, an examination of the impact of pastor peer groups.

Learn more about the Quaker clearness committee concept from the Center for Courage & Renewal.

Explore preaching and ministry resources from the Center for Excellence in Preaching. 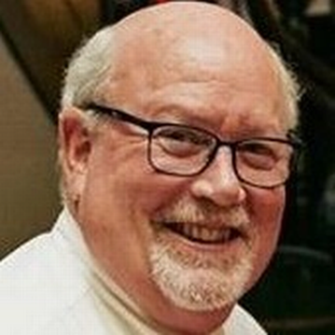 Reading for Preaching: The Preacher in Conversation with Storytellers, Biographers, Poets, and Journalists (Book Excerpt)
Though aimed especially at preachers, this beautifully written book will benefit anyone interested in the wisdom to be derived from reading.
Read more »

Stephanie Smith on Raising Lay Leaders from the Margins
Those who experience homelessness, poverty, physical or mental illness, or addiction understand things that more privileged people may never know. Raising up peer chaplains from within this group can lead to renewal in both outdoor and building-based Christian communities.
Read more »

From Isolation to Encirclement: Finding the Preaching Voice Among Peers
By preaching to trusted peers and hearing their reflections, even veteran pastors can find transformation in the practice of preaching.
Read more »