Frank Thomas on the Power of African-American Preaching

“How is it that you can take a group of people who are in despair and when you get finished preaching the gospel, they have hope?” This question sent Frank Thomas down a path that led him nearly forty years later to create the first PhD program in African-American preaching.

In this Strengthening Preaching blog series, preachers from a range of Christian traditions and denominations reflect on their growth as preachers through their involvement in the Strengthening Preaching initiative of Lilly Endowment Inc., which is coordinated by the Calvin Institute of Christian Worship. At the heart of the initiative are preaching peer groups, sponsored by various seminaries, which engage preachers in reading, discussion, preaching, and feedback—all within a collegial circle of support.

In this edited conversation, Frank A. Thomas discusses how he came to see the need for African-American preaching to spark a preaching renaissance and revive American Christianity.

Tell us a little about your life story and what has led to your interest in African-American preaching.

I didn’t have a traditional church upbringing. My family, they were pragmatic—church on Mother’s Day, Christmas, Easter. And my background is eclectic. I started in a Catholic school and then went to a public school. My mother moved me to a Lutheran school in eighth grade, and I went to a Lutheran high school. My girlfriend at the time, now my wife, was a member of the United Methodist Church, so I joined the Methodist Church.

Later, in seminary in Chicago, I ended up being introduced to Jeremiah Wright Jr., and I became a member of Trinity United Church of Christ. He taught me a lot about pastoring people and social justice ministry. I was ordained UCC, and from there I became the pastor of a Baptist church for eighteen years. After that I was called to a Disciples of Christ congregation, which I served for thirteen years. Now I’m at a Disciples of Christ seminary where I’m a homiletics professor. So I’m ecclesiastically diverse.

I became interested in preaching because of an incident in my junior year of college. I grew up on the south side of Chicago, and one of my friends there was working in a shoe store part time. There was a botched robbery, and he was shot and killed.

The Rev L. K. Curry did his funeral. We were a distraught group of young people, and we were grieving very hard. And it was amazing to me, but after the preacher got through, I felt better. When he finished, I had some hope. And I’m like, “How in the world did he do that? How is it that you can take a group of people who are in despair and when you get finished preaching the gospel, they have hope?” I know it’s the gospel. But it’s also a faithful messenger and a skilled preacher.

So that was my beginning—what is this thing called preaching? And how can it be such a powerful force both in the social lives and in the personal lives of people? Those questions lingered and set me on a journey.

In college, I joined the campus ministry of the Lutheran church, and the pastor tried hard to get me to go to seminary in St. Louis. He did everything he could; I just couldn’t see it. So when I graduated from college, I went home and went back to my United Methodist church. The Father’s Day speaker cancelled, so the pastor asked me if I would be willing to speak that Sunday morning. My answer came up out of nowhere: “Yes, I’ll do it.”

So there I was, with no training. But I put my message together, and afterward, the old mother of the church said to me, “You were good—but you were long.” And I was. I went from Genesis to Revelation—there was nothing I did not cover.

The next week, the pastor met with me, and he took me to the Chicago Theological Seminary and said, “This is where you ought to be. You have gifts.” From there I ended up pastoring two congregations.

In 1982 I became a pastor and began to preach every Sunday, but I didn’t have confidence in my preaching skills. So I started reading to improve my preaching, and I ran across a book by Henry Mitchell called The Recovery of Preaching. Mitchell talked about the genius of African-American preaching. He talked about celebration as a part of African-American preaching, and as a pastor I adopted that model. I began to preach in the celebrative model of preaching every Sunday.

So we got to class, and I studied. One of Mitchell’s main tenets was to read the whole field of homiletics—we’re not going to be pigeonholed as African-American preachers who don’t know the whole field. And I took to it, and he encouraged me and said, “You have gifts for the teaching of it.”

He had a book coming out called Celebration and Experience in Preaching and he asked the class to critique it. I went home and wrote a five-page critique. I said, “Dr. Mitchell, you have ‘celebration’ in the title, but you never define it.” And he said, “You define it.” So I worked on it, and it became a book called They Like to Never Quit Praisin’ God: The Role of Celebration in Preaching.

That’s how I got so deeply embedded in African-American preaching—the mentorship of Henry Mitchell, plus They Like to Never Quit Praising God, an extension of Mitchell’s thought. From that book I began to teach preaching classes. I went on to pastor a church in Memphis and landed, quite to my surprise, in a PhD program in communications and rhetoric that allowed me to study black preaching. My dissertation was on Martin Luther King Jr.

After thirty-one years of preaching, I became a professor at Christian Theological Seminary, and the president asked me what vision I had. I said I would like to develop the very first PhD program in African-American preaching. And lo and behold, we formed the Academy of Preaching and Celebration. Through the vehicle of this academy, we developed a PhD in African American Preaching and Sacred Rhetoric. We hope to soon graduate the program’s first ten PhDs.

As you look at the North American church and society today, what particular gifts and strengths does African-American preaching offer the broader ecology of Christian preaching?

We desperately need it. Many of the people in our culture, they need high-quality preaching to confront the myriad of issues we’re being confronted with, from wealth inequality to poverty to voter suppression to access to health care. These are moral issues, and I believe people need direction from the Bible, from the pulpit, to give them fresh ways to think about these concerns.

What are some of the basic features of African-American preaching that give it this genius and power and potential for renewing American Christianity?

Another feature is a fidelity to Scripture that says the Bible doesn’t just happen back then, there. When the preacher really preaches, there’s an immediacy that makes it come alive, that closes the distance between now and then. And once it comes alive, you have to respond to it. You have to say yes or no. Without that immediacy, it’s easier to ignore the demand of the gospel.

Celebration and hope is another a tremendous aspect—that regardless of the situation and circumstances, the preacher is able to find hope and celebrate it and lift and encourage. If you can’t bring the people hope, why get up and preach?

Also, I’d say, there’s a close observation of life—an ability to observe, to take a normal experience of life and infuse the gospel with it. African-American preaching has always had an ability to make it real through images and stories and poems that make the gospel come alive.

Embodiment has always been a part of African-American preaching. The way that I articulate this is that evil is felt on our bodies. So when African-American people were chattel slaves, they would be whipped. If women were molested and sexually assaulted as slaves, that’s an experience of the body. Even if it’s the psychological assault upon your sense of personhood that for centuries we were subjected to—all these things are felt on the body. So if evil is received on the body, it seems to me that the hope has to be embodied as well.

I think that African-American preachers through the generations, and African-American people, have always embodied the hope. Sin and suffering are not just an intellectual concept; they actually debilitate bodies. So the hope has to inspire and lift bodies.

I lament the loss of belief in the effectiveness of preaching. I lament that the culture doesn’t give the preacher the authority that it once did, and we allow that to affect our preaching. The realities that we face on a daily basis—and the moral crisis that we are in as a culture and as a nation and as a world—demand that the preacher stand for God, stand for truth. And here we are in a corner cowering.

I also lament the lack of creativity in many churches, in many preachers, in many theological schools. We haven’t found yet the creativity to address these things. Rather than following the culture, I think we should be providing an alternative to the culture. The preacher should rise and speak for God. So I think this is a great preaching moment.

Read an interview with Frank Thomas in the Indianapolis Star.

Learn about the first PhD in African American Preaching and Sacred Rhetoric, a program of Christian Theological Seminary in Indianapolis, Indiana. 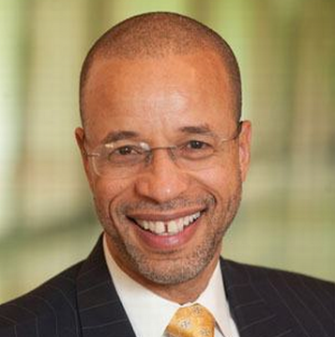 Preaching As Celebration
This workshop explored celebration as the distinct perspective and genius the African American Church has brought to the preaching task.
Read more »