Deborah Sokolove is director of the Henry Luce III Center for the Arts and Religion at Wesley Theological Seminary, Washington, D.C., where she  also is professor of art and worship. She is the author of Sanctifying Art, co-author of Calling on God: Inclusive Christian Prayers for Three Years of Sundays, and an artist with many interests. In this edited conversation, she talks about how God works through art and artmaking.

Where did you get these images of liturgical season visual art in different congregations?

The seasons and special days of the church year are often marked visually by artworks that come and go. These take their place in the worship space alongside permanent elements. Before the 2016 Calvin Symposium on Worship, I invited participants to submit examples for my symposium workshop “Marking Time: Dressing the Church for the Liturgical Year.” In the workshop, we examined art as a congregational practice in which both adults and children produce banners, paraments, installations and other occasional artworks. The images below came from three congregations that sent me many examples from many seasons.

What’s an example of how art helps worshipers experience a theological concept?

The Lenten cocoons and Easter butterflies images came from lay leaders via their senior pastor, Hilary J. Barrett, at Pleasantville United Church of Christ in Chalfont, Pennsylvania. During Lent, these mysterious cocoons hung outside the worship space, maybe in the social hall or narthex. They unrolled into Easter butterflies. In the symposium workshop, Barrett said that the art was well received because it was very child friendly and helped people to talk and laugh. She described the project as “the story of how the people of our church became artists.” Laypeople, some who identified themselves as artists and many who didn’t, created the visuals. Their guide was Michigan artist Gail Hollinger, who was the congregation’s artist in residence during Lent 2014.

We can argue about whether a cocoon and butterfly are appropriate images of resurrection, since the resurrection is a one-time event and butterflies are cyclical. But there’s a difference between talking about things theologically or experientially. The caterpillar has to do something that sure looks to him or her like dying. I like how these cocoons and butterflies are, on one level, big, fun and silly. Yet they are beautiful in the sense that they evoke so much joy and laughter. They helped the congregation feel the joy of Easter in a way that is immediate and physical, rather than intellectual and abstractly metaphorical. And the silliness is appropriate in that it can be hard for some of us to believe that Christ is risen today, but we can believe that joy is risen.

I received great Advent examples from Willoughby Christian Reformed Church in Langley, British Columbia. Their way of counting weeks had so much more presence than a candle wreath. I can imagine that the congregation could respond to the art in the first week of Advent as a little scary. It’s so stark, with all those jagged edges—but many Advent readings are stark and apocalyptic.

Each week, they added a length of cloth in a different color, so that the hanging becomes more beautiful, more graceful. Yet they’re still tied up in knots, just as Advent readings such as Mary’s Magnificat can be scary for middle-class people who take time to think about them. For Christmas they added wonderful gold fabrics to show God’s glory, yet that glory is tucked through the first week of Advent.

The images were submitted by Liz Tolkamp, Willoughby’s children’s pastor. She says that most visuals are created by a small team led by worship and arts coordinator Grace Groot and Sue Contant. I really like this church’s ability to depict something without using words. You see this as well in their Tenebrae and Easter art. Christian worship services are often so wordy. So it’s a gift when a congregation has an artist who’s sensitive to symbols that people can understand without putting words around it.

What do you think about visuals on the altar?

Some of my liturgical colleagues would say you should have nothing on the altar except for what is needed for the sacraments. And yet, looking at this Thanksgiving image from Willoughby CRC, I would say that everything is needed for the sacrament of thanksgiving. We must bring everything to the altar and lay it at Christ’s feet. What is the Eucharist if not giving thanks? This abundant Thanksgiving visually images how God loads us to overflowing with blessings. Especially when the rest of the church year visuals in this congregation are really restrained, this image of overflowing abundance changes everything.

I really admire how Waterloo Christian Reformed Church in Waterloo, Ontario, isn’t afraid of change in marking the liturgical year. They don’t just reserve art for high holy days, nor do they buy stuff off store shelves. Instead they use and reuse similar materials at different times of the year. I advocate for every church arts committee to have a huge props closet. This lets you bring back some of the same objects but in a different way—to show that things change and congregations evolve in understanding God’s big story. You see the idea of change in how Advent images build and build.

Photographs tell us how important the Word and sacraments are here, because everything is framed around the altar, font and pulpit, and the pulpit is often adorned. Even though everything is centered on the pulpit, they often add streamers to and from the ceiling, which visually brings the whole congregation into the tent of heaven. They’ve done this in different years at Epiphany, Easter and Pentecost.

Nelda Looyenga submitted the photos and was one of six Waterloo CRC members in my workshop. She is the church administrative assistant and on the worship ministry team. A subcommittee headed by visual arts coordinator Wilma Vanderleeuw is informally known as “the banner group.” Nelda says they come up with ideas either as a team or as individuals and execute them as worship visuals.

What first steps might churches take to creating visual art for liturgical seasons?

Every church should have a group that plans worship together. You might assign teams to different seasons and maybe divide Ordinary Time among four teams. If you’re just getting started, then begin with Advent or Lent. Involve as many people as you can.

In my worship planning group at Seekers Church in Washington, D.C., we read all the lections for the upcoming season. We prayerfully read alone with lectio divina and then come together and see what is fresh to us this cycle. Three years ago, the world was different, and we were different.

It’s too hard and choppy to plan week by week. Maybe the pastor can be part of each group to get them started, and then give them the blessing to proceed on their own. The pastor shouldn’t lead the worship planning teams. But she or he should attend at least some of the meetings, and so should the music ministers. It’s important to coordinate visual arts, preaching and music so that worship services and liturgical seasons have a sense of unity.

My biggest advice is  always to say, “This is just an experiment.” Many congregations don’t think they like change, so it’s important to explain how long the experiment will last. You should invite as many people as possible to participate. And be sure to gather feedback through surveys, meetings or other methods.

Deborah Sokolove is one of several artists at Seekers Church, an intentional Christian congregation in the tradition of the Church of the Saviour. She is a church steward, serves on the worship and arts planning group and frequently preaches and leads worship. 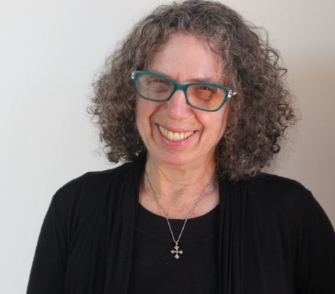