Challenges of Women in Ministry

Symposium on Worship 2020 hosted a global panel of women ministry leaders from Australia, the Middle East, and North and South America.

In a story about Martha and Mary, two sisters who were friends of Jesus, Luke 10:38-42 shows Jesus blessing and showing support for women to take on roles in church leadership, said Elizabeth Conde-Frazier during a panel discussion at the Calvin Symposium on Worship.

The symposium, which ran Jan. 30 - Feb. 1 on the campus of Calvin University and Calvin Theological Seminary, offered times of worship, plenary sessions, and seminars on a range of topics.

As one of the participants in a discussion titled “Women in Leadership and Ministry,” Conde-Frazier sketched how Jesus and his disciples came to the home of Mary and Martha for a visit. “Mary sits at the feet of Jesus, but Martha is out of her mind” trying to prepare a meal for their guests while Mary listens to what Jesus has to say, said Conde-Frazier. 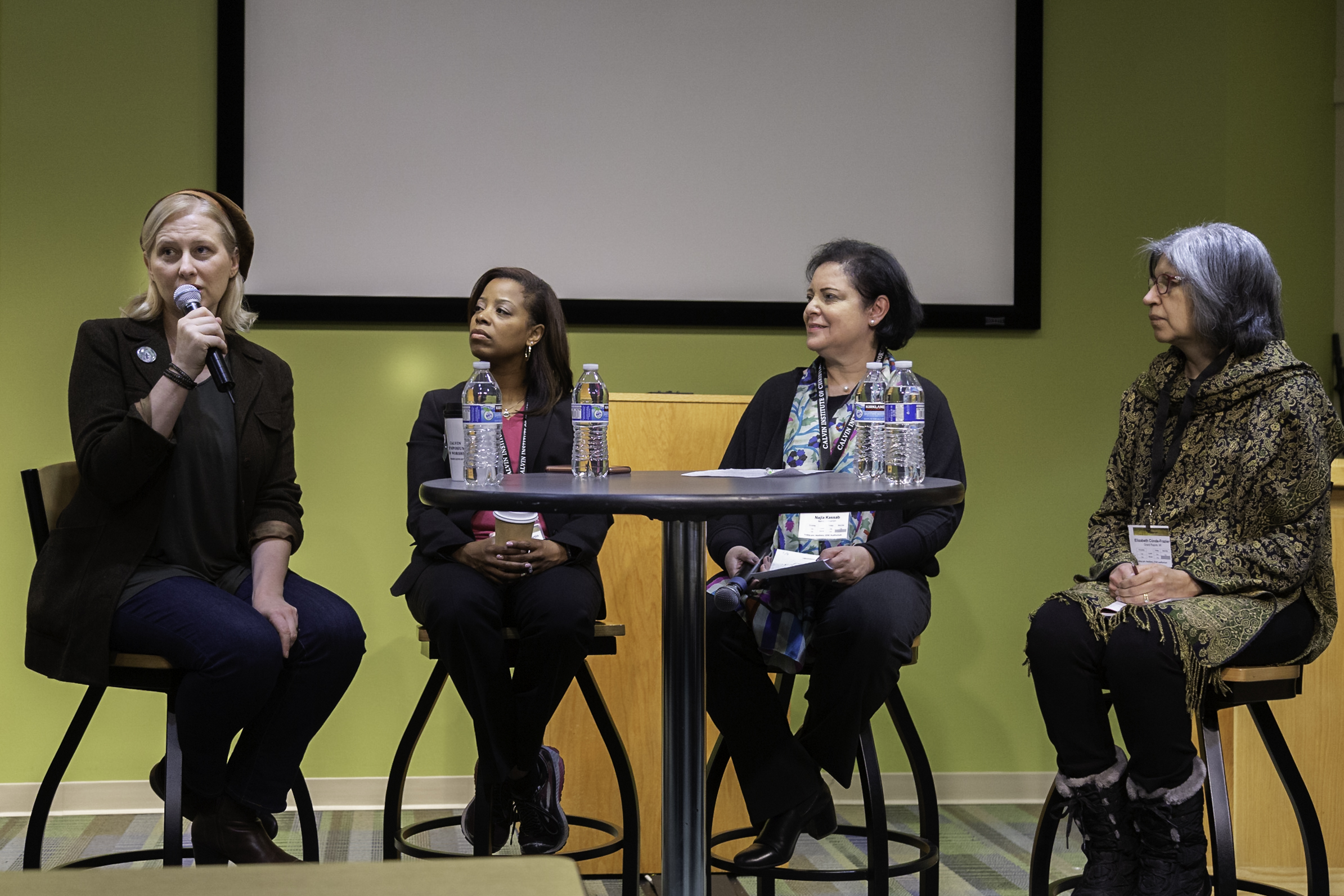 When Martha complains about this to Jesus, venting her frustration over how her sister was not conforming to a more traditional role, Jesus said not to be worried. Instead, he explained, “Few things are needed—or indeed only one. Mary has chosen what is better, and it will not be taken away from her.”

“In front of all the disciples, Mary shows she is equal to them and can share the company of men,” said Conde-Frazier. By accepting her there at his feet, “Jesus has changed the paradigm.” 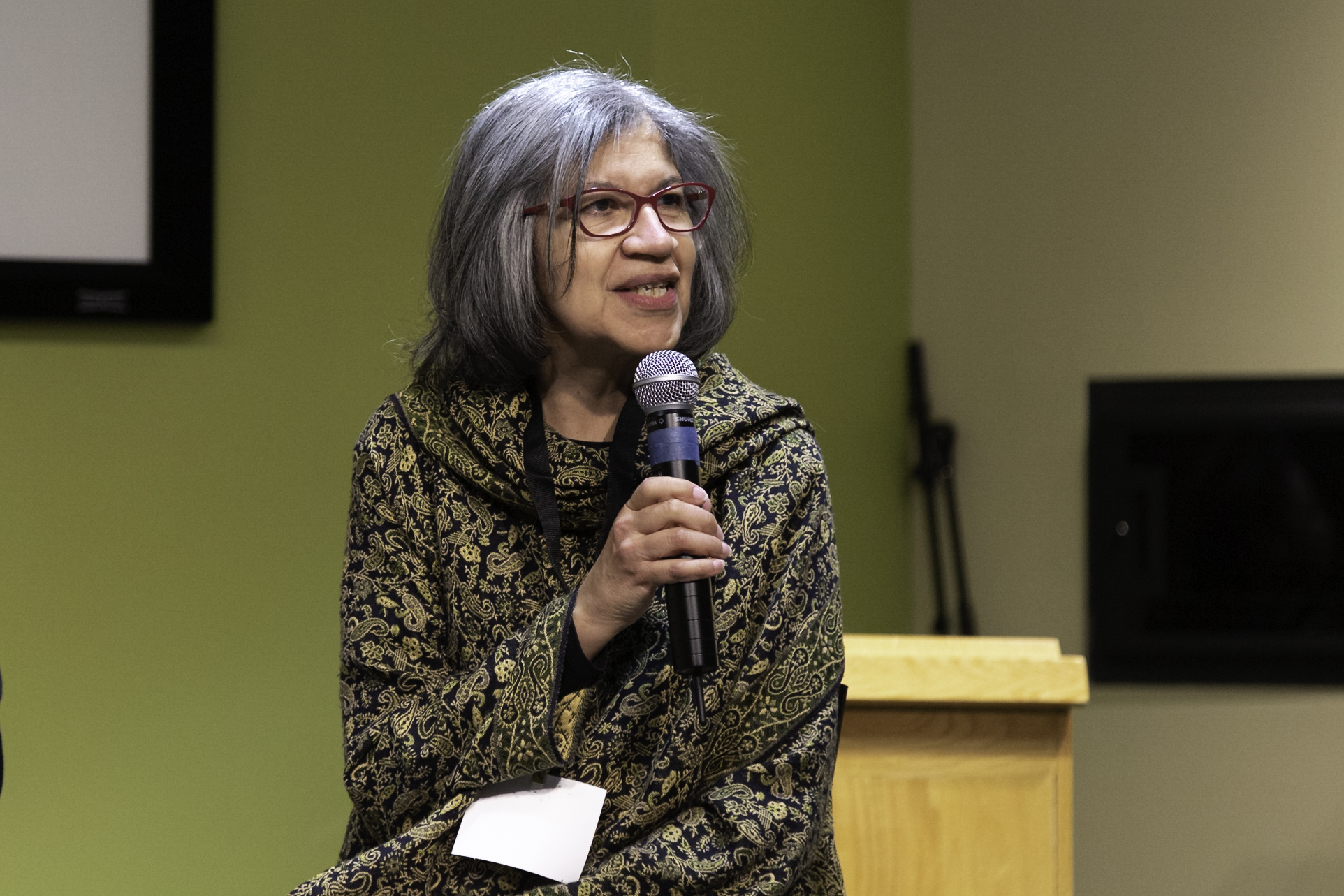 Although Christ invited women into his ministry, the church itself has not always agreed about what this should look like. Even within the CRCNA, the official position statement says that “there are two different perspectives and convictions on [the issue of women in ecclesiastical office], both of which honor the Scriptures as the infallible Word of God.”

Around the world and across the CRCNA, recent years have seen women achieving more freedom and taking on leadership roles, but the journey has been hard, and many roadblocks remain. And some of the barriers are overt while others are subtle but show the same message, said panelists.

During the discussion, the panel of female pastors shared some of their experiences.

Nichole Massie Martin, founder and director of Soulfire International Ministries and an assistant professor at Gordon Conwell Theological Seminary, said that being a woman, a wife, and a mother along with balancing academic and ministry duties can be rough and disorienting. 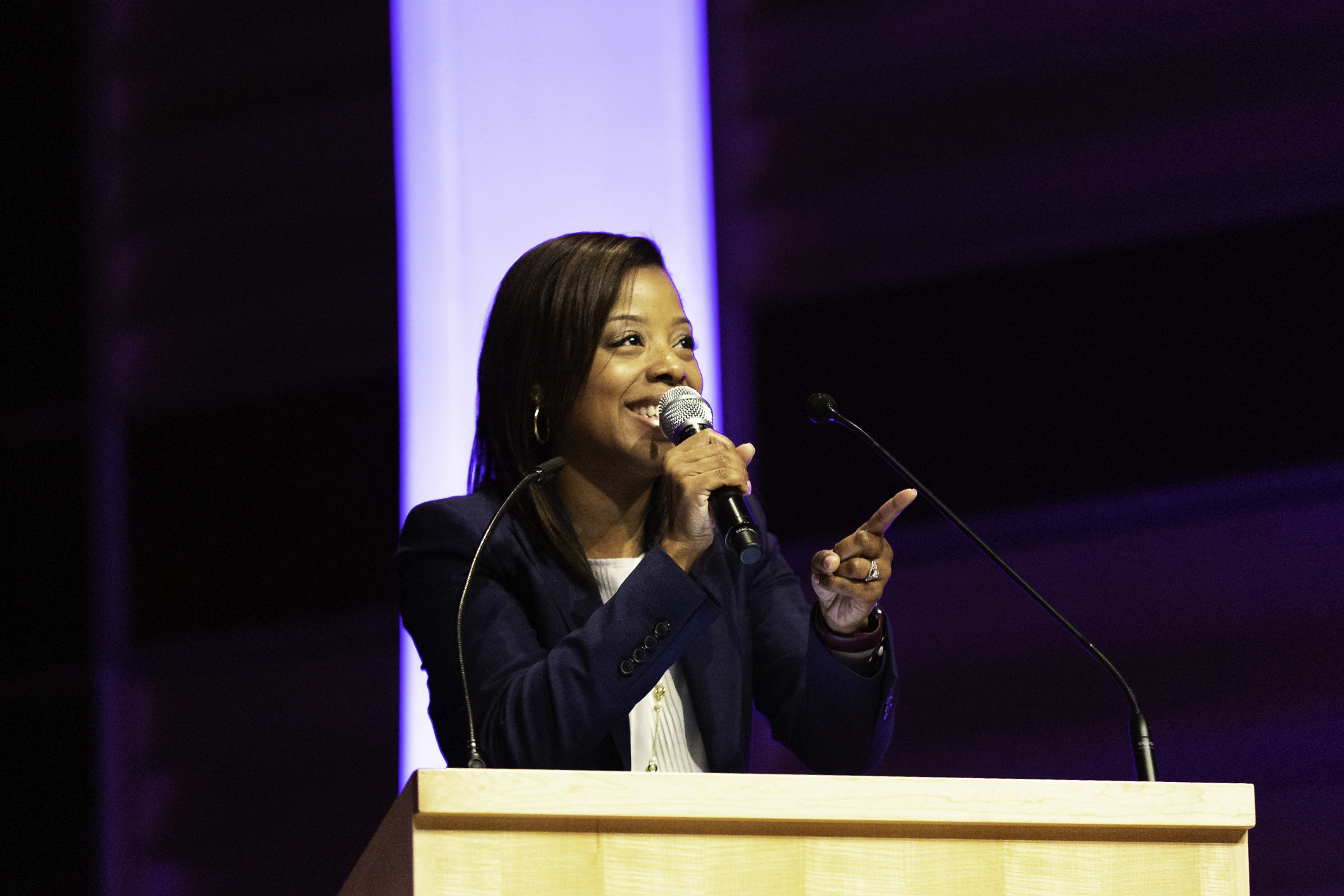 “How odd it can feel to preach a sermon and go home to make dinner,” she said.

But she can deal with handling that kind of responsibility, she said. What is especially hard is coping with how male pastors can disregard and even demean women.

On one occasion when she was asked to preach at a church, she said, she stopped by the pastor’s office to see if he could give her a brief profile of the congregation. As she stood in the doorway, he checked her out and said: “I like the length of your skirt.”

Kathy Smith, who teaches at Calvin Theological Seminary, had a different story to tell — hinting at a change in attitudes. She was asked to preach for a congregation and learned only after she arrived that two congregations were gathered for a combined worship service — and that the visiting congregation, with whom she was unfamiliar, opposed having women in the pulpit. 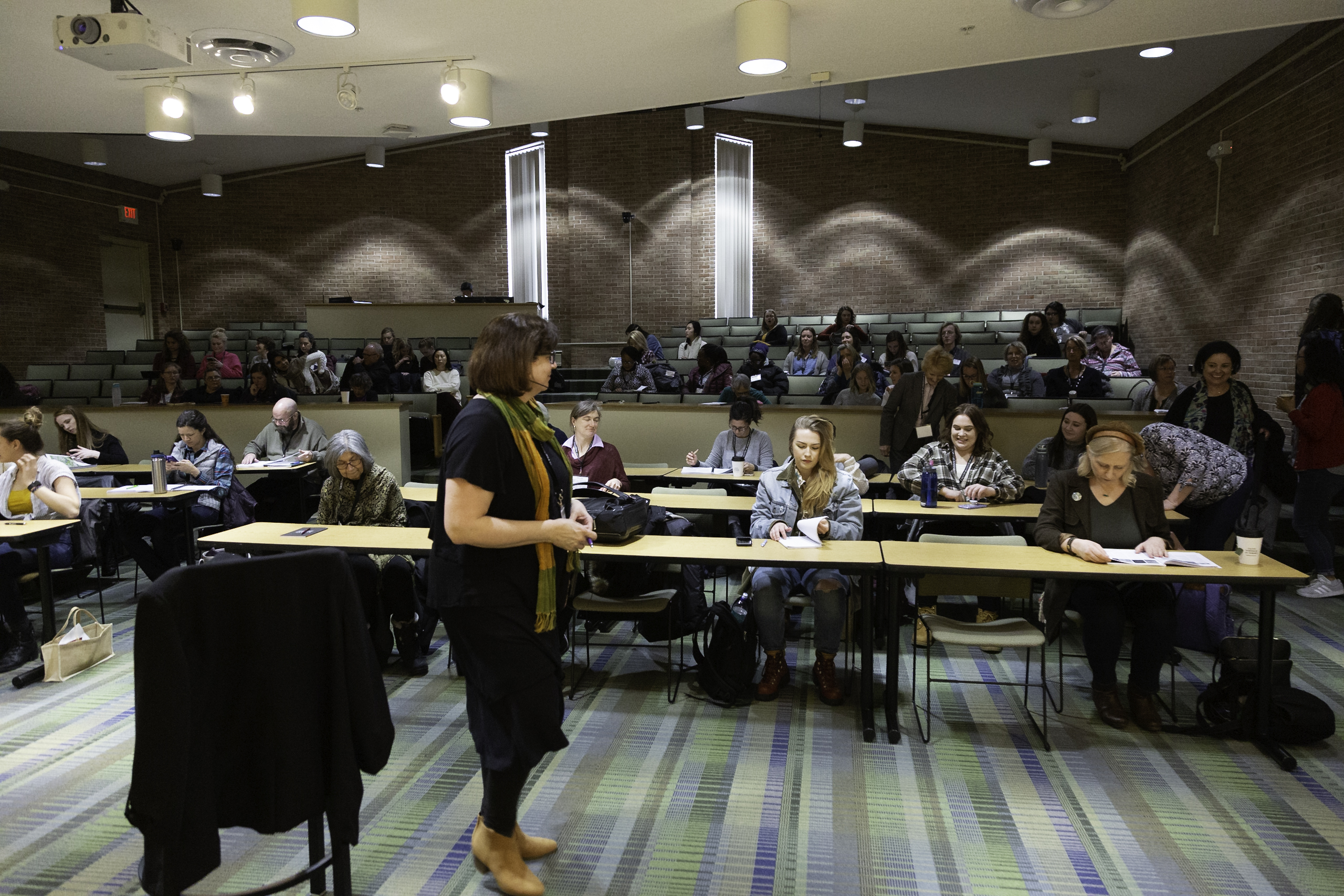 “I was worried, but no one walked out when I preached,” she recalled. Afterward, she said, her husband overheard a conversation in the back of the church between two elderly men. One of the men said to the other: “Well, we got snookered into having a woman preacher, but it wasn’t too bad.”

Everyone laughed, many shaking their heads, pleased with the outcome of this story.

Mandy Smith, who pastors University Christian Church, a neighborhood congregation and campus ministry in Cincinnati, Ohio, had a hard time fitting in as a woman leading her church, which had not had a woman as pastor before. One of the first times she preached, she said, she tried to use a lower-pitched, masculine-sounding voice, hoping that might help smooth the way. 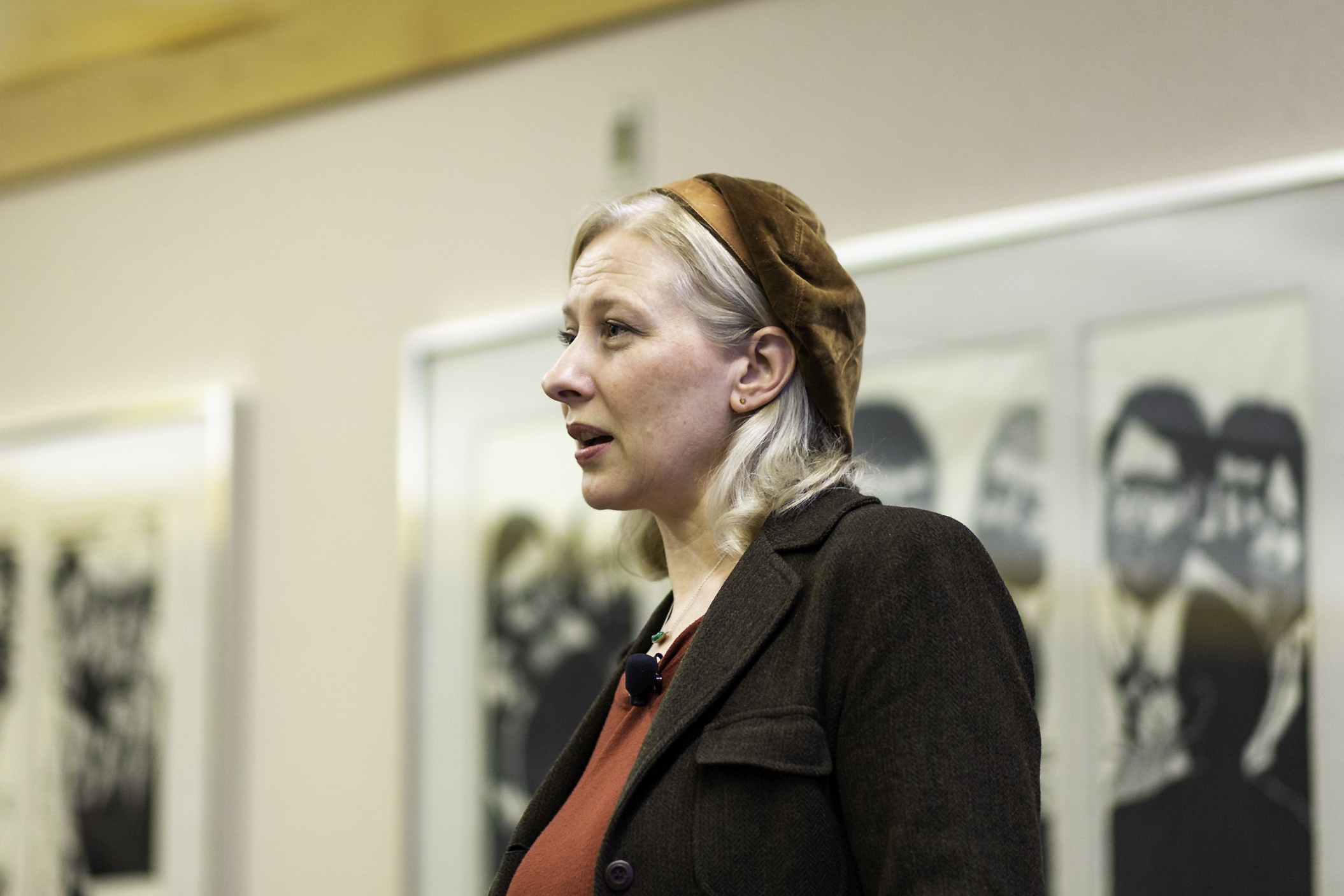 “My voice hurt afterwards. The truth is that my voice sounds like a girl’s. I felt I needed to act like someone else. I was trying to be who I am not,” she said.

When she began serving at the church, she said, she knew people were taking a risk to have a woman leading them. But as her ministry has unfolded, sometimes painfully, she added, people have stood beside her, including the men. “Just being who I am has given me a real voice. I’ve been able to include my whole self in ministry,” she said.

Najla Kassab, president of the World Communion of Reformed Churches and one of the first women to be ordained in the National Evangelical Synod of Syria and Lebanon, said the journey for women in ministry has been long, going back many years.

Still, women in many Protestant denominations have made their way through the resistance, breaking down restrictions that are often more cultural than biblical, she said.

“It is an act of injustice not allowing women to preach. Women are needed; they enrich the church in many ways,” said Kassab. “We present a new way of leadership. We aren’t carbon copies of a man.” 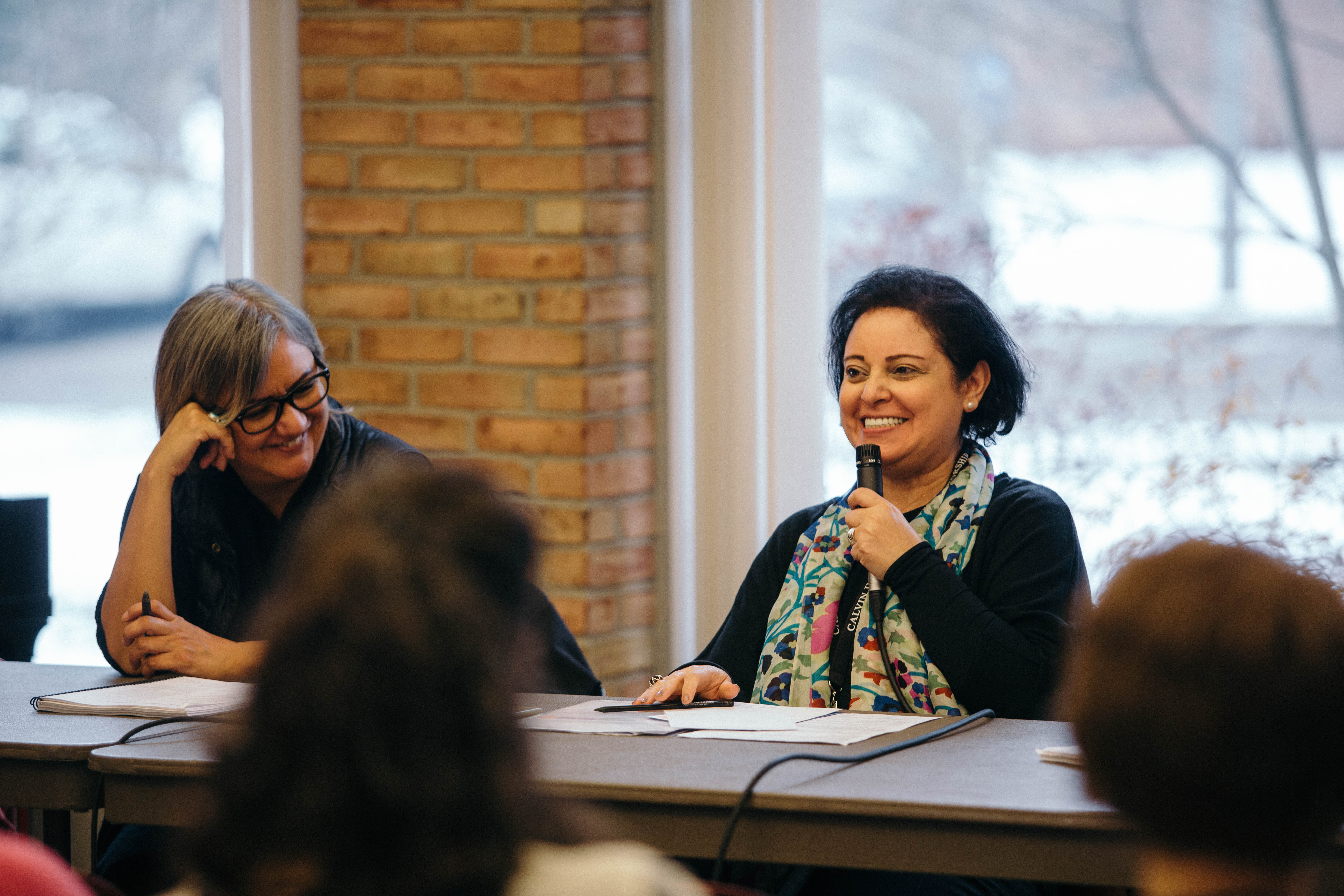 However, she noted a common emotional tension: if you are at a meeting and speak out forcefully, even showing anger, you are branded as not being feminine.

At the same time, she said, if you don’t push your way forward and “act with power, they think you are weak.” Even then, though, you are in a double bind, she said, because men think you are being too “manly.”

But trying to figure out whether you should make your point forcefully or take a more gentle route is a waste of time, said Kassab. “Be who you are. Work hard, even if as a woman you have to work doubly hard, to make the statement that women are moving forward.”

Elizabeth Conde-Frazier added: “Be bold in your calling. Love for the sake of the Spirit.”

Anyone interested in learning more about women serving in ministry may visit: https://www.crcna.org/womensministry Karoline Lewis on the Power of Women in Ministry
Women navigating life in ministry face unique challenges. Naming these realities is the first step to helping women and men recognize them and respond proactively.
Read more »

Mandy Smith on The Vulnerable Pastor
Christian leaders, especially pastors, sometimes feel bad about the gap between their ideal of Christlike ministry and the reality. Pastor Mandy Smith explains that honestly accepting vulnerabilities and human limitations makes room for God’s strength to be revealed in people and congregations.
Read more »