Joel Stamoolis acknowledges it was challenging to help his church sing through the entire Psalter. But during 171 consecutive Sundays of doing so, he gathered a wealth of tips and resources. You can use them to help your congregation begin singing more psalms in worship.

Wasilla Bible Church (WBC) in Wasilla, Alaska, began its Psalms Project on Pentecost Sunday in 2015. They used a Psalm 1 versification from The Book of Psalms for Worship sung to a melody they already knew written by their worship pastor, Joel Stamoolis.

“We sang one psalm a week in canonical order,” Stamoolis says. “For Psalm 119, the longest, we sang one stanza per week for 22 weeks. We ended with Psalm 150 on September 2, 2018.” The experience was so formative that sung psalms have remained an important part of Sunday worship at Wasilla Bible Church (WBC).

“The greatest challenge of our project,” Stamoolis says, “was the press of finding or creating a psalm setting for each upcoming Sunday. Many times I had to remind myself that God had led us into this project and that I could trust him to lead us through it.”

Just weeks after completing the Psalms Project, Stamoolis attended Sing!, the annual Getty Music Worship Conference, in Nashville, Tennessee. There he heard John D. Witvliet, director of the Calvin Institute of Christian Worship, speak on John Calvin and the Genevan Psalter. Stamoolis realized that WBC’s Psalms Project had followed the same criteria Calvin did in overseeing the Genevan Psalter: biblical faithfulness and accessibility.

These two values helped Stamoolis evaluate resources, lyrical content, chant options, and musical settings as he planned psalms for the WBC congregation to sing each Sunday.

The Case for the Psalms: Why They Are Essential by N. T. Wright. “This book beautifully articulated what we were doing and why,” Stamoolis says. He especially appreciated Wright’s insight that people sometimes think of the psalms as “important songs that we should use and try to understand . . . as though the psalms are the problem, and we should try to fit them into our world.” The better question, Wright says, is “how we can find our way into their world, into the faith and hope that shine out in one psalm after another.”

Stamoolis says, “By God’s grace, we are finding our way into the psalmists’ world so that our faith is being strengthened and our hope firmly fixed.”

The Biblical Psalms in Christian Worship: A Brief Introduction and Guide to Worship by John D. Witvliet. Stamoolis highly recommends this guide to more intentionally reading, singing, praying, studying, and sharing the psalms in worship. The book explains psalm structures and genres, how to use them in intergenerational worship, and how to choose texts, speaking formats, and musical settings. It also has testimonies from early church fathers, the Reformers, and contemporary Christians.

Psalms for All Seasons (PfAS) and ESV Study Bible. PfAS provides the New Revised Standard Version text for each psalm formatted for responsive readings or psalm chanting; a Christian prayer paired with each psalm; a brief footnote about the psalm’s genre or type and suggested uses in worship; and one or more musical settings for each psalm. The introduction to Psalms in the ESV (English Standard Version) Study Bible charts which psalms relate to the historical narrative of 1 and 2 Samuel. Notes for each psalm describe its themes, musical terms, literary features, and structure. It also explains curses in imprecatory psalms.

Stamoolis finds both resources “very helpful in thinking through each psalm and its place in Christian worship.”

N.T. Wright on praying the psalms. Stamoolis says that discovering an online video of British theologian N. T. Wright’s plenary address at the 2012 Calvin Symposium on Worship in Grand Rapids, Michigan, was one of his final motivators for beginning the Psalms Project.

You might think of a psalm as a single set of words, but every psalm looks different depending on which Bible version you’re reading. See, for example, these biblical versions of Psalm 1:1. It’s rare for the words of a sung psalm to exactly match the psalm text in any Bible version. That’s because music follows rhythmic or syllabic patterns.

Stamoolis looked for lyrics that were faithful to biblical versions. Where possible, he chose sung psalms that included the whole psalm, not just a verse or two. Still, he sought biblical faithfulness in choosing lyrics “not so much to sing every verse of the psalm (though we often did), [but] to sing through the content and story of each psalm. At times we used settings that were, as [18th-century hymnwriter] Isaac Watts would say, ‘interpreted in the language of the New Testament.’”

Sing Psalms: New Metrical Versions of the Book of Psalms. Around a quarter of the lyrics Stamoolis used came from this psalter by the Free Church of Scotland. “Sing Psalms is lyrically both faithful to the Hebrew text and clear and easy to sing. In trying to cover every verse, it at times employs lyrical padding to make the psalm lines fit the poetic meter,” he says.

Sing Psalms includes musical notation, but the Free Church of Scotland also offers a free 451-page download of tunes. You can search Hymnary.org to find tunes by meter or specific name.

Praise! is a British hymnal that includes 788 psalm-based songs in contemporary language, including settings of all 150 psalms. When a sung psalm is much longer than the biblical psalm, singers can lose track of its meaning. That’s why Stamoolis appreciates how the metrical psalms in Praise! maintain the entire psalm’s narrative flow but at times condense the words to make the lines fit the meter.

“I learned about the Praise! hymnal through an encouraging email from Christopher Idle, a pastor, hymnwriter, and psalm versifier who promotes psalm singing in England. I’m particularly grateful for David G. Preston’s excellent metrical paraphrases in Praise!” Stamoolis says. Praise! Online offers access to hymns and songs added after the print edition was published.

“Early on,” Stamoolis says, “we experimented with chant. We used Psalms for All Seasons to chant Psalms 5 and 8, and it inspired how we chanted Psalm 14. Many of our people enjoyed chanting psalms, but most found it easier to focus on the words if we were singing a metrical setting.

“We revisited chant for Psalm 50, alternating between a metered congregational refrain and a four-part chant by the choir. Now that the psalms themselves are more familiar, perhaps we could pick up chant more easily. I have not given up on this form of psalm singing for our church,” Stamoolis says.

Singing and praying through psalters devotionally have helped Joel and Naomi Stamoolis get to know the psalms musically. They recommend The Plainsong Psalter and The Anglican Chant Psalter, both by Church Publishing, and the New Genevan Psalter.

Accessibility was key as Stamoolis looked each week for musical settings that the congregation could sing and that the scheduled worship musicians could play. He also considered where the weekly psalm fit within the church season and how the congregation might engage with the psalm text.

“We intentionally started with familiar melodies to encourage the congregation that it is possible for our church to sing the psalms.”
—Joel Stamoolis

The Psalm 2 lyrics from Sing Psalms is set to the common 8.8.8.8 D. meter (long meter double). The WBC congregation didn’t know any of the three tunes Sing Psalms suggested for Psalm 2. So Stamoolis chose the melody from a song they already knew in that meter—“In Christ Alone” by Keith Getty and Stuart Townend. Here’s how Psalm 2 sounded at WBC.

“We intentionally started with familiar melodies to encourage the congregation that it is possible for our church to sing the psalms,” Stamoolis says. “When we revisit some of these earlier psalms, I may use some different settings now that we are more comfortable singing psalms.

“Most of our rotating worship teams have a rhythm section with other instruments, such as a string quartet or horn section. One worship team has a bluegrass band instrumentation. They were scheduled to lead the Sunday we sang Psalm 74. They don’t do four-part harmony well, but they can lead well in a mournful folk style, so I wrote a metered setting of the tonus peregrinus chant tone,” he says.

Psalm 31 fell in Advent, so he paraphrased the text to bring out the theme of waiting. He used the melody of the familiar carol “O come, O Come, Emmanuel.”

Each week he considered whether the psalm was asking worshipers to do something, such as kneel, clap hands, raise hands, cry out, remember, or dance. Psalm 149 calls on people to praise the Lord with dancing. “I used the melody of the East African chorus ‘Hakuna Mungu Kama Wewe,’ a familiar song for us, to make it easier for our people to dance as they sang,” Stamoolis says. 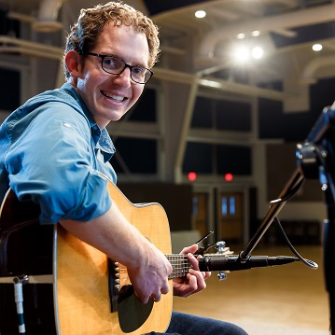 How Singing through the Psalms Reveals the Excellence of Jesus
Singing through the entire book of Psalms helped Wasilla Bible Church expand its lyrical breadth. This shared Scriptural repertoire is pointing people of all ages toward Jesus.
Read more »

Singing Psalms: An Outpouring of Contemporary Song for Congregational Use
Remarkably, even since the publication of Psalms for All Seasons just a few years ago, over 30 new Psalm-based songwriting and recording projects have emerged from a variety of contemporary worship leaders across North America and beyond. While some of these settings are designed for solo voices, many are well-suited to congregational use, and are worthy heirs to the legacy of congregation-based Psalms re-established by Luther and Calvin.
Read more »