What I Learned through Preaching Partnerships

Fred Provencher has participated in two preaching peer groups in his twenty-plus years of ministry. Read his reflections along with his advice for younger preachers.

In this Strengthening Preaching blog series, preachers from a range of Christian traditions and denominations reflect on their growth as preachers through their involvement in the Strengthening Preaching initiative of Lilly Endowment Inc., which is coordinated by the Calvin Institute of Christian Worship. At the heart of the initiative are preaching peer groups, sponsored by various seminaries, which engage preachers in reading, discussion, preaching, and feedback—all within a collegial circle of support. Fred Provencher participated in a peer learning group sponsored by Gordon-Conwell Theological Seminary.

I have been the primary preaching pastor in a middle-class suburban church in northern New Jersey for more than twenty years. Our church is majority Anglo with significant numbers of Hispanics and Asians. Theologically we are broadly evangelical and baptistic, though we have no denominational affiliation.

In the last twenty years, we have grown from about 300 to 900 members, with most of that growth happening in the first ten years of my pastorate. When I started preaching every week, I was 32 and part of a staff of three. Now I am 54 and the church has a much larger staff, which enables me to continue to concentrate on preaching.

I have had two significant preaching partnership experiences. The first was part of a Doctor of Ministry degree at Gordon-Conwell Seminary. My cohort included four other preachers, who served in three corners of the continental United States and in Hong Kong. We worked together on structured educational requirements, including shared assignments, over a three-year period.

The second preaching group is local, less formal, and ongoing. In this group we are united by geography and a commitment to preaching. I have learned much from both groups.

What I learned from the DMin group

In the first group, one of our assignments was to exegete a passage together and then each preach a sermon on it. Agreeing on the central idea of the passage was not hard, but preaching on the passage was a different story.

We were given the narrative in John 2 of Jesus turning water into wine. Three of my group members were Chinese. One was part of a pastoral staff at a large Chinese church in Houston, another served in Hong Kong, and the third served among American-born Chinese in California. All of them affirmed the need to explain that Jesus was not being disrespectful when he called his mother “woman.” In their culture, Jesus cannot be morally perfect if he is disrespectful. As preachers, they would address that question.

I had a different issue to deal with. I was preaching in a Roman Catholic area and would need to explain Mary’s relationship to Jesus. Is she superior to him? Does he do whatever she asks, and if so, should we venerate and pray to her today?

Our exegesis showed that this miracle revealed Jesus’ glory and caused his disciples to believe in him. But to help people to see Jesus’ glory, I would need to deal with Mary as the mother of God.

Another preacher in our group served a small Southern Baptist church in rural Georgia. He knew that in his teetotaling congregation he would need to address the issue of alcoholic beverages and why Jesus would make so much wine.

Our group discussions reminded me of the incarnational nature of preaching. We preach the Scriptures and explain each passage’s historical setting even as we address people who live in a different cultural context. Our job is to reveal the gospel’s relevance to twenty-first-century lives. Each sermon is specific to a congregation and addresses the issues and questions that grow from properly understanding the Word of God in that community.

This preaching group was also valuable because preachers can spot weak points in a sermon quickly. Laypeople may find a sermon boring or confusing, but rarely can they identify specifically what is wrong. Preachers spot problems immediately, and in a trusting, safe community their critique is invaluable.

What I learned from the local group

The second preaching group first gathered to discuss Tim Keller’s book Preaching. As pastors from the same area, we had similar cultural contexts but represented different generations. Some of us had been preaching for decades and others for only a few years.

Keller’s book challenged us to preach the gospel from every part of the Bible by connecting each passage back to the overarching narrative of God’s plan to redeem creation. For some of us this represented a new challenge, which led to a conversation about the differences in our homiletical training. Pastors often work only from the conclusions they drew in seminary, and this discussion reminded me that to be effective preachers we must continue to learn. We must even challenge the assumptions in our hermeneutic and continue to grow rather than be threatened by new scholarship.

This conversation also reminded us that while we serve in close proximity to each other, we are not rivals or competitors but brothers and sisters in Christ. This sense of unity not only pleases God, but it is good for the soul.

Beyond advocating for preaching partnerships, I have two simple yet important pieces of advice for young preachers. First, for about a decade, preach through books of the Bible or portions of the books of Scripture rather than topically. Preaching exegetically rather than topically helps us understand Scripture at a deeper level and protects us from teaching only our favorite passages.

It’s not always necessary to preach every verse in a book—often we preach a portion of a book, like the Sermon on the Mount rather than all of Matthew. But exegetical teaching brings balance to our preaching. And the truth is, most of us will not know enough about the Bible to preach topically until we have done ministry for many years.

Second, get out of the habit of using your marriage and family for sermon illustrations. Personal illustrations are usually vivid and easy to tell. They are better than warmed-over apocryphal tales from the distant past. But talking about your kids puts too much pressure on the people you love. It is easy to use your infant son in a story. It is not so much fun when he is 12. Stop it now. Work harder to find other ways to illustrate biblical truth.

Read Preaching That Unleashes the Bible’s Power by Tim Keller at christianitytoday.com.

Read So Much Better: How Thousands of Pastors Help Each Other Thrive, an examination of the impact of pastor peer groups.

Explore preaching and ministry resources from the Center for Excellence in Preaching. 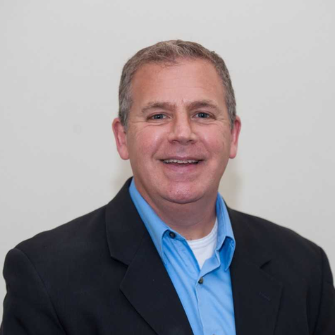 Three Reasons to Join a Preaching Peer Group
Sermon preparation is a recurring task that can be lonely and draining. A Texas pastor describes how a peer learning group revitalized her preaching.
Read more »

Reading for Preaching: The Preacher in Conversation with Storytellers, Biographers, Poets, and Journalists (Book Excerpt)
Though aimed especially at preachers, this beautifully written book will benefit anyone interested in the wisdom to be derived from reading.
Read more »