Trauma-Informed Congregations and Worship: Being Made Whole

Becoming a trauma-informed congregation means helping people learn, talk, and grieve about what happened to them. Worship can provide a safe space for people to nurture trusting relationships and accept God's healing grace.

Major hurricanes—Irene, Matthew, and Florence—battered and flooded New Bern, North Carolina, in August 2011, October 2016, and September 2018. Hurricane Florence damaged dwellings of students, staff, and congregants at Peletah Academic Center for Excellence (PACE) and Peletah Ministries. “Our home was damaged too,” says Dawn Baldwin Gibson. She supervises the PACE school and pastors the Peletah church with her husband, Anthony Gibson.

So when Hurricane Michael lumbered in a month after Florence, people were already carrying trauma in their bodies, brains, and behaviors. “Some students heard the rain and started jumping out of their seats,” Gibson says. One student talked about Florence’s “klunk! klunk!” sound and said, “That storm broke my house!” Another student reflected on huddling with family members on their second floor, waiting all night to be rescued by boat.

The bright spot for Gibson is that students were able to say, “That was traumatizing,” and they recognized their jumping as a physical reaction to trauma. A 2017 Vital Worship Grant from the Calvin Institute of Christian Worship helped Peletah Ministries to become a trauma-informed congregation and inspired the church to found PACE.

“Trauma is something we see in the Bible and experience in our lives. Trauma is anything you’ve gone through that's made an imprint or, to use the young people’s vernacular, makes you feel negative, sketchy, or ‘some kind of way,’” Gibson says.

Like many congregations, Peletah experienced anxiety after a white supremacist murdered and injured people at Emanuel African Methodist Episcopal Church in Charleston, South Carolina in June 2015. The Obama administration responded by offering a national conference called Building a Trauma-Informed Nation: Moving from Conversation to Action. Peletah was one of eighty-three amplifier sites that convened people to join the conference via a web platform.

“After participating in the trauma-informed nation project, we realized at Peletah that we needed to do more work on being a trauma-informed congregation,” Gibson says. “We listened to people begin to share about painful childhood experiences, about life hurts and injuries, and overcoming natural disasters.” That’s why Peletah applied for the Vital Worship Grant.

During the grant year, students of all ages met monthly to learn about how and why people respond differently to traumatic events. They began with the research on adverse childhood experiences (ACEs). These include physical, sexual, or psychological abuse and family dysfunction, such as a depressed, addicted, absent, or abused parent. “It can also include going through a hurricane,” Gibson adds.

ACEs create toxic chemicals that change brains. Affected children often respond to stress by fighting, fleeing, or freezing. The more ACEs someone has, the harder it is for them to learn in school and form trusting relationships. Adults with four or more ACEs are more likely to use risky substances or behaviors to quell their pain, shame, guilt, and anxiety. They're more likely to experience chronic health problems.

Gibson notes that the earliest ACE research, done mainly among middle-class white people, showed that nearly two-thirds had at least one ACE. Later research across racial and socioeconomic demographics showed that bullying, racism, and poverty can compound trauma.

"We've learned to ask
not what is wrong with you
but what happened to you."

People experience secondary trauma when they feel guilty for knowing people whose trauma was even worse. After Hurricane Florence, for example, New Bern’s more affluent neighborhoods got cleaned up and rebuilt quickly. Neighbors who lost everything and have little or no financial ability to replace and rebuild didn’t get much government help, especially if they were renters. “Nearly a year later, some are still living in their cars,” Gibson says. “Others are getting sick from black mold in their dwellings.”

Learning the language of trauma makes a huge difference. “We’ve learned to ask not “What is wrong with you but “What happened to you,” Gibson explains.

Gibson describes cultural barriers that made it hard for the Peletah community to own up to trauma.

“Church people often think that if you feel stressed or traumatized, it means you just have to pray more, be in the Word more. We still battle folks that don’t believe trauma exists. We get pushback from some African Americans who say, ‘You’re putting our dirty laundry out there!’

“I was raised with ‘children are to be seen not heard’ and ‘what goes on in this house stays in this house.’ Dr. Joy DeGruy’s milestone research on post-traumatic slave syndrome helped me understand why I never saw my maternal grandfather laugh or play. Both his parents were slaves. The only time my grandmother ever spanked me was because I did not tell a white store owner ‘Yessir.’ She took me out of the store and whipped me with a switch in front of the store window, as if to show that I was being taught a lesson of respect. My grandmother had a keen sense that children must be kept in their place or danger could be realized. If children were not kept in line, you could be hurt or even killed,” she says.

During its grant year, Peletah hosted a dancer and singer who shared her story of trauma and healing. The congregation explored art therapy and drama therapy. It referred congregants and paid for individual therapy. It also discovered the American Bible Society’s Healing Trauma Institute. “Seeing the impact of their Healing Hearts Club curriculum among our church youth was part of the impetus to start our PACE school,” she says.

Observing boundaries is crucial to creating safe space. “People have to know others won’t spread their secrets. We had to develop protocols surrounding privacy and referrals for helping those in crisis. We have sat folks down after they violate the privacy protocols of safe space and said, ‘This may not be the right place for you. We’ll help you find a new church . . . because we’re all part of the kingdom of God,’” Gibson says.

Strength to discuss trauma in worship

“Many kids and adults in our school and church see God through the prism of childhood trauma,” Gibson says. “They may not have realized God in a loving manner if he was always presented in a punitive way. For example, they may have heard of God only in connection with what you cannot do, and you will be punished for everything.”

Gibson and her husband preach about trauma in the Bible to show that God cares about our suffering. She notes, “Trauma has been going on for thousands of years. Joseph with the many-colored coat made for him by his father that loved and favored him was despised by his brothers—so much that they wanted to kill him. David had ACEs. Why was he not called in by his father to meet Samuel the prophet along with David’s older brothers when determining who might be king? Where were Esther’s mom and dad? Why was her Uncle Mordecai the adult who was there for her?”

Though churches often avoid Bible stories such as how Tamar’s in-laws mistreated her, the Peletah congregation includes children as they address trauma. “We used to send our kids to little Bible groups while the adults stayed in worship. We realized it made kids feel like they were not a part of the church,” Gibson says.

During its grant year, Peletah focused on two psalms per month in weekly Bible studies. These psalms shaped what people wrote in their journals and expressed in monthly creative arts events. Each month they had a group soaking-prayer event to practice resting in God’s love.

“John 4:24 calls us to worship in spirit and truth,” Gibson says. “I have disclosed that I was hospitalized for a suicide attempt after our daughter Hannah died. Being as truthful and authentic as the psalm writers were allows for real worship that empowers us to be whole in him.”

“One of my favorite passages is John 5, about the man Jesus healed at the pool of Bethesda. Jesus asked him, ‘Wilt thou be made whole?’ We’re often afraid to take up our mats of ACEs, trauma, and oppression and move on,” she says. Before the grant year, people had said they wanted to participate in music, dance, mime, and spoken word. Yet their past issues kept them from doing so. Now many more worshipers participate in the arts, testimony, and prayer.

Trauma-informed congregations talk about trauma but also create and change practices that resist re-traumatization. Traumatized people feel powerless, so Peletah works to give back power that can make worshipers whole. Hugging and music were the first issues they dealt with in worship.

The Gibsons adopted their daughter knowing she'd been abused before she could talk. Their daughter, now 14, often resisted going to church. She didn’t say why. “But at our first congregational meeting during the grant year, she spoke up: ‘I don't like people hugging me.’ Half the church said they didn’t like it either. Someone said they’d always felt like God didn’t care about what they’d gone through as a child, which started with hugging.

“We had no idea! We’d always thought that hugging members and guests during the greeting time was a way to show love and care. Now we say you have many choices in how to greet each other—wave, fist bump, high five. If you want a hug, say so. We gave people the power to be welcomed in their own ways. People told us that this worship change made them feel like their voices have meaning and purpose. And now our daughter is glad to go to church,” Gibson says.

People living with trauma vary in their responses to music. “Some love loud music. It makes others flinch. But in music that is slow and quiet, you can see depression come down in still others. We’ve found that having prophetic instrumental music has been an amazing addition to our worship experience,” Gibson says.

Peletah music leaders work to balance song styles and volume. They release song sets list early in the week, so people can meditate on the songs before coming together for Sunday worship.

As a result of becoming a trauma-informed congregation, Gibson says, “We pray more for one another. We give each other more grace and request the grace of forgiveness. This deeper unity comes at a price, because it’s difficult to see and hear how much brothers and sisters in Christ have endured and still struggle with. But there has been an authenticity birthed through relationship that has fostered a strong bond in our worship experience.”

The American Bible Society’s excellent Trauma Healing Institute offers brochures, videos, and books in many languages for youth and adults. Read the book Healing the Wounds of Trauma: How the Church Can Help by Harriet Hill, Margaret Hill, Dick Baggé, and Pat Miersma.

It’s important to speak out when the media seem to normalize traumatizing images. In June 2019, a county newspaper in eastern North Carolina ran a photo of a noose with its weekly column on Donald Trump. 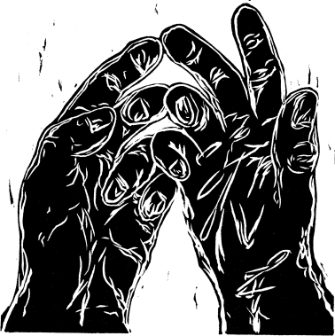