Tim Shapiro on How Your Congregation Learns

Many congregations suspect they need to change but don’t know how. Tim Shapiro’s book describes eight steps that healthy congregations can take to learn together. These learning journey stages have parallels to elements of Christian worship.

Tim Shapiro is president of the Indianapolis Center for Congregations, which helps congregations in Indiana find and use resources. He served 18 years as a Presbyterian (PCUSA) church pastor and is interested in how congregations learn new things. In this edited conversation, he talks about the worship-related themes in his book How Your Congregation Learns: The Learning Journey from Challenge to Achievement.

What’s the difference between talking about how a congregation “needs to change” and what it is “learning together”?

Congregants that hear they need to change often hear such words as command. Or they hear such words to mean that there is something wrong with them. An alternative is to frame change as “learning something new.” This alternative frame is more accurate. Most change requires learning. The edict to change builds resistance. The invitation to learn builds curiosity.

What worship practices can reinforce one or more of your eight stages of a healthy congregational learning journey?

The different stages or phases of a congregational learning journey have parallels to liturgy. Experiencing worship often opens the heart to new discoveries. For example, the first phase of a congregation’s learning journey is defining the challenge. The second phase is exploring how to respond to that challenge. This second stage parallels the reading and interpretation of Scripture.

The next stage, disappointment, might be expressed in worship during intercessory prayer, as we acknowledge our life challenges to God. In the eighth learning journey stage, validation, a congregation celebrates what it has learned together. Validation is a form of blessing. So the declaration of pardon after a confession of sin, a blessing in a baptism liturgy, or the benediction can all function as validation in worship.

What’s an example of how another phase can enrich congregational worship?

To implement what it’s learning, a congregation must take on and let go of different things. I’ve witnessed how a congregation, when it takes on something new, lets go of an activity, program, or even a belief that is no longer helpful.

Articulating all that we let go of in life could be a deeper, even redemptive experience if more congregants had the opportunity to acknowledge loss during Lord’s Day worship. Certainly there are many blessed things to celebrate during worship, including light and salvation offered by God. At the same time, worshipers experience many kinds of loss—loss of jobs, parents, and things soul-deep and otherwise unspoken.

How might a congregation acknowledge loss or the inevitable task of letting go during worship?

The best ideas come from the congregational leaders themselves. Such leaders are in the best position to create a ritual that is congruent with their context. One idea includes inviting people in the congregation who have led programs or projects to their completion to come forward on a Lord’s Day in January and be recognized (perhaps with a book gift) along with an accompanying prayer of thanksgiving for their service.

Or clergy and musicians might choose a particular hymn to be sung in worship to commemorate the end of an endeavor. When the daycare closes to make room for a lunch ministry for the homeless, the congregation sings “Seek Ye First the Kingdom of God.” Congregations can create a ritual of singing a specific hymn at various times during the year to commemorate a transition. Doing so would provide a community an expression of faith during times of change.

Please share a story of how validation, blessing, or rites of passage—within the context of a worship service—helped a congregation accomplish new things.

This story comes from Westminster Presbyterian Church in Xenia, Ohio, where I served for fourteen years.  A congregation bears witness to the death of it oldest member. This person was beloved. She consistently, and often with whimsy, invited others to be in relationship with Christ. At her funeral, clearly noted as a witness to the resurrection, eight friends testified to how she carried them to Christ.

Not long after the service, the governing board had a discussion about how their oldest member, the deceased, had not been able to go upstairs for fellowship after worship. She could no longer manage the stairs. So, this congregation, which had not done any significant building projects for almost thirty years, started a project. They learned how to dream, design, and fund a building project that resulted in installing an elevator. The energy from the funeral worship service turned into action steps to make their building more accessible.

You’ve written that it’s crucial for congregations to experience congruence between what they do, what they learn, and the theological world they claim to live in. How might a congregation recognize incongruence?

Congregants can tell when their way of worship isn’t congruent with their religious claims. Such awareness grows when congregants become more focused on church operations than on adherents’ lives and local community flourishing. Of course, congregations need to pay attention to how they are organized to make decisions. After all, bills need to be paid. However, lack of congruence (between religious claims and commitments and actual behavior) often reveals itself as an almost obsessive attention toward internal operations rather than to worship or participants’ vocations.

One congregation experienced the welcome and goodbye of five clergy over an eight-year period. With each transition, the new clergyperson changed the committee structure. Each time pastors said the change would result in better communication. During this time, so much energy was spent on figuring out what committees existed and who staffed them that the congregation had little energy left to attend to worship and members’ vocations, let alone to establish an outward focus.

Read Tim Shapiro’s book How Your Congregation Learns: The Learning Journey from Challenge to Achievement. Here’s an excerpt of that book. The Indianapolis Center shares its learning with national audiences through the Congregational Resource Guide. Its “Getting the Help You Deserve” article describes how congregations can take the first step of a learning journey: defining the challenge. 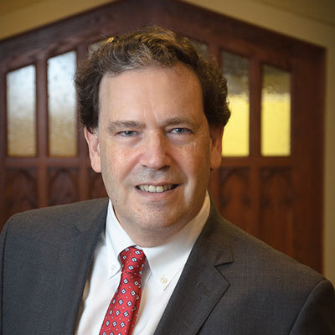 Teaching and Learning in Christian Congregations and Ministries
This session featured insights from a variety of people who love to teach in ways that help people in ordinary congregations learn about worship, the arts, inclusion, and, ultimately, Jesus himself.
Read more »

Leadership in Times of Change
Change is always happening in the church, whether we like it or not! The challenge for leaders is to manage that change in ways that lead to greater health in their congregations, rather than conflict and discontent.
Read more »