Robert Feduccia is a speaker, retreat leader, and writer who lives in Nashville, Tennessee. He launched the One Bread, One Cup summer liturgical leadership conference for Catholic youth at Saint Meinrad Seminary and School of Theology in St. Meinrad, Indiana. He has worked as an editor for Saint Mary’s Press and general manager for OCP’s Spirit & Song, a digital hymnal for contemporary Catholic liturgy. In this edited conversation, Feduccia talks about his role in CCLI Song Select’s new liturgy section.

What’s the common thread in the various ways you have served the church?

I approach everything from a liturgical and renewal perspective. For example, as the vice-president for Declan Weir Productions, Inc., an events-based ministry, I try to make worship as inspirational as possible so that baptized people identify as both disciples and missionaries.

How and why did CCLI Song Select start its liturgy section?

CCLI (Christian Copyright Licensing, Inc.) now licenses songs worldwide. It saw that a number of its Song Select subscribers were Catholic or from liturgical traditions like Anglican and Lutheran. These subscribers were already using contemporary songs in worship, so CCLI did intentional outreach to serve them better. The liturgy section launched in the 2018 Advent season (Year C) to help guide churches in using contemporary worship songs that fit specific elements in liturgical worship.

What is your responsibility for this section?

I’m the one who curates the CCLI song list for the liturgy calendar, and I post content at least eight weeks ahead of a given Sunday. The goal is to choose theologically sound contemporary songs that express the sentiments and language of the daily and weekly lectionary readings. So I lean on tradition but also include new artists. Song suggestions cover every space in the Roman Catholic liturgy. I usually recommend four songs each for the four parts of liturgical worship where composed songs may be included: 1) entrance or gathering; 2) preparation of gifts and altar; 3) the communion rite; and 4) dismissal.

Each week I draw inspiration from both the antiphons and the Scripture readings, which change according to the week in which we celebrate. Several texts remain the same each week, such as “Alleluia” or “Holy, Holy, Holy” or “Kyrie Eleison/Lord Have Mercy,” but we now have musical re-arrangements by contemporary musicians, including Catholics such as Ike Ndolo, Matt Maher, and Tam Le.

Can you say a bit more about antiphons?

Just as each liturgy has Scriptural readings assigned to it, the liturgy also has texts that are to be set to music. These texts are called the antiphons. They are assigned in two places in the liturgy. The first is the entrance or the gathering, and the second is to be used during the communion rite. Antiphons have been part of worship for centuries. In traditional chant, the antiphon is set to music and acts as a refrain between verses of a psalm that is chanted. Most people have heard of Gregorian chant. This mode of music dates to the time of Pope Gregory the Great in the late-sixth and early seventh centuries.

While this mode of music is actually part of the liturgy, the Second Vatican Council in the mid-1960s called the faithful to full, active, conscious participation in the liturgy. We are currently striving to be faithful to the authentic tradition of worship and also to engage a new generation in the ancient liturgy. Singing these antiphons reminds us that we are a universal church and that we are attached to the generations that have come before us. Yet each congregation has its own unique character and pastoral needs, so we have to choose music that engages these people in particular.

Will the liturgy section eventually have content for Years A, B, and C?

Yes. And I hope that CCLI will have me revisit and update the content each year. I imagine there’s a core of songs that will hold through several years, but we’ll also want to introduce new music that guides faith formation and adds rich texture to the liturgy. I hope we’ll broaden our reach in the music we use. When I was in Ghana with Catholic Relief Services, I was so inspired by the music in Catholic churches there.

Whom do you consider to be your primary and secondary audiences for the liturgy section?

We primarily have in mind Catholic parishes that are trying to include contemporary music. When I was at Oregon Catholic Press (OCP) as general manager of their Spirit & Song division, we were trying to get a handle on Catholic parishes that use modern worship songs. We found that contemporary music may not be the exclusive repertoire in many parishes, but it’s often part of a blended worship approach. In many places, having at least some modern music in Mass really resonates, because the soundtrack of so many people’s faith is found on the radio. For example, the Hillsong hit “Oceans (Where Feet May Fall)” is widely used in Catholic parishes.

Our secondary audience is other liturgical churches. From CCLI Song Select subscriber statistics and social media comments, we know that churches in Australia, Europe, and the UK are licensing songs. Many are in the Anglican Communion.

How and why might those from self-described “non-liturgical” churches use the liturgy section?

I have friends in their 20s and 30s who are really trying to incorporate liturgical elements. A Bible church in Irving, Texas, wants to do more ritualistic repentance, so they are using the Kyrie. This ritual song of confession dates back to early Greek Christian liturgies.

Ecclesia Houston, where Chris Seay is lead pastor, has seen the need to be more connected to ancient Christian sources. They are doing the four elements of liturgy—gathering, word, communion, dismissal—though they’re not quite as ritualistic as in traditionally liturgical denominations. Imago Dei Church in Portland, Oregon, has a particular outreach to artist communities and those who are marginalized, however that’s defined. They’ve discovered that artists really connect with liturgical worship.

What resources can you suggest to churches that don’t follow the liturgical calendar or lectionary?

Read the Road to Emmaus account in Luke 24:13–35. It holds a template for Christian worship that’s reflected pretty clearly in early Christian sources: that communion is the way for Christians to fellowship with Jesus Christ and each other.

Much of our worship heritage in the US has come from England. People who find Catholicism a bit too foreign can access that heritage online through the Episcopal Book of Common Prayer and the Revised Common Lectionary.

Watch these two-minute videos from CCLI to learn more about copyright issues in church music. 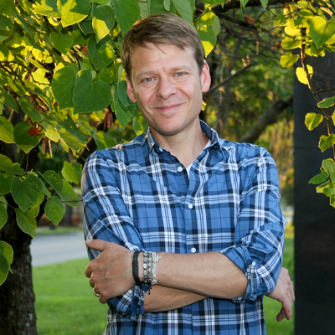 Best Contemporary Worship Music You May Not Know
In the age of the internet, we all have access to hundreds of thousands of songs. Hundreds more are written each week. There are dozens of remarkable songs written that are biblically faithful, musically excellent, theologically robust, liturgically fitting, and singable by ordinary people—but they can be hard to find!
Read more »

Kevin Adams on the Mission at the Heart of Classic Worship
An ancient pattern at the heart of classic Christian worship helps welcome and orient people into life in the body of Christ.
Read more »