Teaching an intensive songwriting class in a North Carolina prison for women made Susannah Long and Michael Conner reflect on gaps in what churches sing about.

Susannah “Sus” Long is an associate pastor at Union Grove UMC in Hillsborough, North Carolina, and the online marketing director for Local 506, a concert venue in Chapel Hill. Michael "Mike" Conner is a licensed local pastor in the United Methodist Church, appointed to four small rural congregations in Bahama, North Carolina. They founded the Hardworker band. In this edited conversation, they talk about what would make worship music more authentic.

Can you briefly describe your prison songwriting project?

In the summer of 2016, we taught a 10-week songwriting class for eight women incarcerated at North Carolina Correctional Institute for Women (NCCIW) in Raleigh. We studied scripture, listened to a variety of worship and religious music, and taught the basics of writing song texts and setting them to music. The women wrote over two dozen songs. Hardworker band members arranged and performed the songs for congregations and groups engaged in prison ministry in the Raleigh-Durham-Chapel Hill Triangle.

We partnered with Interfaith Prison Ministry for Women (IPMW), which has a congregation inside NCCIW. The songwriting project was made possible by the Calvin Institute of Christian Worship Vital Worship Grants Program.

Why did you want to teach incarcerated women to write songs for congregational worship?

During seminary, we both took graduate level Project TURN courses onsite at a prison, where we studied the Bible as incarcerated and unincarcerated people together. These became our favorite spaces for academics and theology. We met true and dear friends.

When we started leading worship occasionally on Sunday evenings in the NCCIW chapel, we had trouble finding songs appropriate to what these women experienced. It’s as if they don’t exist in the canon of hymnals or contemporary Christian music. We began to wonder what this prison congregation needs to sing about and what we are missing out on in worship in our unincarcerated congregations.

What are we allowed to sing about in church?

We are allowed to sing about stories, emotions, and themes that elevate us out of the messiness of life. We are discouraged from singing songs that look honestly at life’s brokenness and try to process it. The contemporary worship movement is full of songs of confidence, romantic-like intimacy, existential freedom, and trust—abstractions that frame life in terms of God’s ultimate victory.

God is almost always gendered as male, and the Bible stories we tell are about men. It is rare to hear songs that honestly name the traumas, losses, and questions that mark our lives. There is a glaring absence of songs about women from the Bible. We are allowed to sing, “My chains are gone,” but not about actual prisons.

What’s in the Bible that you never hear in a song?

Bible stories of violence and trauma or memories of women rarely make their way into congregational songs. When we read about David slaying Goliath, we are quick to laud him as a hero of faith and man of virtue. But when we read about Yael [aka Jael] slaying Sisera with the tent peg in Judges 4 and 5, we minimize or apologize for her recourse to violence. One story is comfortable, one story is uncomfortable. Both are stories of war. We sing about David, we whisper about Yael. Both took up arms against an enemy.

Some of the women we worked with are in prison for murdering their abusers, for taking action in the most constrained conditions. Studying the story of Yael, for example, offered a space for these women to see and name their own experiences.

Which part of your own spiritual lives do you not hear reflected during musical worship?

The struggle for meaning and the reality of grief. The voices that echo through the Bible are often honest and particular in their speech to God in ways that worship music is not. These voices lament, grieve, and plead for God’s mercy and healing. They argue with God, naming society’s gross imbalances of power, wealth, and wellbeing. Where are our songs of lament, pleading, and resistance to systemic evil? To be clear, many class participants wrote songs of faith, hope, joy, and trust. But, crucially, these were balanced with honest songs about loss.

Why might congregations consider teaching members to write songs?

The songs written in prison humanize their writers, and so they build bridges of empathy between insiders and outsiders. The songs reveal that anyone can offer a testimony in song to God. American Christians have outsourced the responsibility of crafting spiritual art to experts. We believe that it is the job of the community to determine its worship. These songs remind folks on the outside that they too have a story worth telling and a faith worth expressing.

One gift that incarcerated congregations can give is that they have learned how to worship in interdenominational and even interfaith ways. They incorporate a wide variety of worship practices and music to create worship spaces that invite and challenge the gathered people. Because there is one Sunday worship service for all who will come, incarcerated people are forced to worship together across race, class, tradition, and belief. By contrast, the free church allows itself to split according to theological divisions, aesthetic differences, and social sins.

We’ve also noticed that incarcerated congregations are steeped in scriptural knowledge that is deeper than anything we have ever seen in a free church. 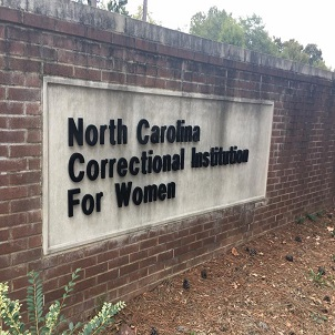 Your Song Menu
Whether you are eating in or dining out, a menu is desirable. When you are ordering your songs for worship a menu is no less valuable. In this workshop we looked through various menus for songs, check our song diet, and found out how to order the best for our worship gatherings.
Read more »