Mentors to the Next Generation of Leaders

In Imagining Multiple Models of Ministry with Youth series, pastoral leaders from a range of Christian traditions and denominations reflect on their ministry work with and for youth through the lens of several key values: youth agency, theological practices, role of parents, intergenerational relationships, and multiple pathways.

I have had the blessing of working in the local Roman Catholic Church in the Archdiocese of Los Angeles for more than a decade. In 2010, I was invited to work for the largest congregation in the archdiocese: St. Monica in Santa Monica, Calif., which is also one of the largest Catholic congregations in the country. God brought me to this community through a somewhat circuitous route: from South Dakota to The Catholic University of Louvain in Belgium, back to South Dakota in pastoral ministry, then to Rome for doctoral studies at the Pontifical Institute of Liturgy at the Atheneum of San Anselmo (founded in the early twentieth century to assist with the spread of the liturgical movement that has brought so much increase to the life of the church), some time in the corporate world, and then a return to ecclesial ministry.

When I began ministry here, many wondered what I would do and what I would change in the parish.  Liturgy is the work of the holy people of God. So I listened. I watched. I participated. I worshiped. And I began to see how this community gives thanks and praise. I learned how this community lifts up their hearts—because, as my friend and mentor James Field wrote, “No one can lift up their hearts for them!” I sat with each of the five choir directors and listened. I invited more than thirty liturgy committee members to visit, and I listened. The archbishop invited me to serve on the Liturgical Commission for the largest Archdiocese in the U.S. I saw how the worship life of this awe-inspiring community known far beyond Los Angeles could grow. But I also saw a need far surpassing any immediate concern, and that was the future.

What would the future of liturgical music and worship expression look like in twenty years if there was no investment in youth?

St. Monica  had a benefactor who helped many of our young people attend a music camp. I wondered about the other churches in our archdiocese.  How would they be able to survive liturgically, musically, worshipfully, if there was no investment in and mentoring of young worship leaders?

Concurrent with my recruitment to Los Angeles was the announcement of a new and somewhat controversial translation of the Roman Missal (the Liturgy book out of which the Eucharist and other liturgical services are organized and led). The Office for Divine Worship for the Archdiocese recommended I speak to parishes preparing to receive this new translation. In a year and a half I visited around thirty communities and spoke with numerous parish directors of liturgy and music, and a dream began to take shape: a liturgy and music mentorship program that would walk with young musicians and liturgical leaders and equip them with tools for strengthening their leadership in their communities, becoming part of campus ministries, serving on parish and regional liturgy communities, and perhaps going on to become full time pastoral music leaders.

Having attended a liturgy and music camp as a teen myself, I knew the impact such a program could have. Our community in Los Angeles had been nurturing future parish musicians by sending them to a camp halfway across the country, but not many communities could afford that. What would it take to create such a program locally?

In the summer of 2014 I initiated some conversations and helped to organize a gathering of liturgy professionals, musicians, and youth ministers with a talk by Ruffino Zarragosa, a Franciscan friar and a multicultural liturgical practitioner who frequently spoke about liturgical inculturation.   I was introduced to John Flaherty, director of liturgy and music on the campus ministry team at Loyola Marymount University in Los Angeles; he would become a key partner in this enterprise.

I had become aware of Calvin Institute of Christian Worship’s Vital Worship Grants Program and asked board member Joyce Ann Zimmerman if there might be interest to help start this mentorship program. With her initial encouragement, I prepared a grant proposal, and the programming phase was launched with the name LAMP SoCal (The Liturgical Arts Ministry Project of Southern California). I collaborated with John Flaherty, associate director of campus ministry at Loyola Marymount and liturgy director for the Los Angeles Religious Education Congress, and Ed Archer, St. Monica’s music director. We planned, we discussed, and we argued, but we continued over the next several months to flesh out the vision for this summer camp experience.

We assembled a team of twenty liturgy and music professionals from the archdiocese—the “next generation” the three of us had mentored—and engaged them and guided them to inspire and help form the next generation: our high schoolers.

Over three years of the summer camp, we welcomed a hundred students to learn, pray, worship, lead worship, and grow in understanding about how the church prays and sings together. We taught them how to “lift up their hearts” and how to “give thanks and praise.”

We ultimately developed a three-year program, intentionally calling it “mentoring” rather than “teaching” because a mentor forms people in a different way: first by showing, then by doing ministry alongside, and then stepping aside and participating as the mentee leads. The three-year program consists of Liturgical Fundamentals (#LAMPIsLit) Sacraments and the Eucharist (#LAMPServes), and The Psalms in Worship (#TheresAPsalmForThat).

Due to increasing responsibilities and special projects taken on by the leadership team, the program has been on hiatus since 2018 awaiting the appropriate moment to resume, all conditions (including health) taken into consideration.

Results: Fulfillment of Goals and Objectives.

Many of our alumni immediately began to serve their communities in new and vibrant ways. One student from the program’s first year began the week as a drummer but was given the opportunity to work with a vocal coach and prepare a sung setting of a psalm for Morning Prayer. Upon returning to his community, the young liturgical leader asked his choir director (one of our team) if he could proclaim the sung Responsorial Psalm that Sunday! This young man went on to much success in leading his community.

Many of our new junior liturgical leaders helped their communities to continue worshiping in the challenging months of closed church buildings at the beginning of the pandemic. Some were able to get their community’s worship online by livestreaming from an iPhone before they could get their communities better equipment. St. Monica was blessed with a virtual choir production featuring several alumni. Recently two of our student alumni became full-time music directors for their home parishes.

With a grateful and humble heart, I am very proud of our program, the team, and the awesome and amazing generous benefactors (named and anonymous) who brought this dream to fruition. We built it; students came, participated, grew, and flourished; and God’s grace granted the increase. A.M.D.G. Ad majorem Dei gloriam.

Dr. Dale Sieverding has been director of liturgy and music, director of worship, and coordinator of special events at St. Monica Catholic Community since 2010. 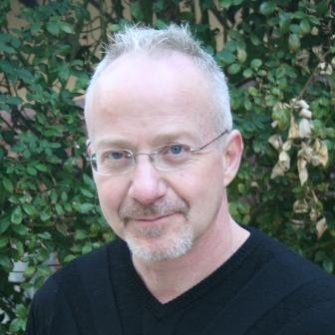 Cultural Intelligence and Youth Ministry: Creating Safe Spaces for Questions and Community
A youth minister reflects on the necessity of cultural intelligence in ministry alongside youth in order to create safe spaces to ask questions, wrestle with biblical concepts, and hear thoughts from people different from them, all with the purpose of loving God and others better.
Read more »

Worship in the Big Tent
Playwriter and worship pastor Christopher Greco reflects on the effective use of interruption, surprise, spontaneity, narrative eclecticism, motivated participation, and intergenerational collaboration as tools to engage congregants in worship in the face of significant disparities in age, culture, and Christian tradition, or lack thereof.
Read more »

Co-creating with Diverse Youth
Proskuneo Ministries, a Jesus-centered multicultural worshiping community, provides multiple spaces for the diverse youth of this town to experience safety, a sense of belonging, and individual and collective agency.
Read more »