Who is the “forgotten woman” in your book’s title?

The title has two meanings. First, it plays off of Elizabeth Cady Stanton’s well-known Woman’s Bible, published in the 1890s. Conservative Christians were outraged at her methods, because her Woman’s Bible was a commentary, not a Bible. Stanton freely rejected or altered any passages she didn’t like, or spun them in creative, unorthodox ways. It gave a bad name to any ventures in what became known as feminist theology. Bushnell’s book God’s Word to Women is much more of a woman’s Bible than Stanton’s project. It deserves to be better known in the history of feminist theology and women’s theological reflection. Then, too, Bushnell seemed a “forgotten woman,” to most historians and Christians alike, and so the title plays both ways.

What’s your nutshell explanation of your book?

Although I find much of Bushnell’s theology fascinating, my primary role is to describe her work and contextualize it historically. She lived from 1855 to 1946. Her work in foreign missions and on behalf of prostitutes in America and the British Empire convinced her that the Christianity of her day amounted to a misogynistic distortion of the true gospel. She was disturbed to find “respectable” Christians responsible for instituting and perpetuating the abuse of women—sanctioning brothels, for example, or supporting a moral and legal system that entrapped vulnerable women in “lives of shame.”

She knew Hebrew and Greek and sought to uncover biblical truth in God’s Word to Women. She believed that only with Scriptural translations stripped of their male bias could the church begin to discover God’s will for women and men alike. Bushnell upheld the authority of Scripture, and, in the 1920s, placed herself on the fundamentalist side of the theological divide. Yet her translations and revisions are radical. She’s being read today by women and men the world over who adhere to a conservative view of biblical authority but believe the Spirit and Word promise true liberation for women. Her work helps disrupt conservative and liberal categories and allows for fresh conversations on important topics.

Who do you hope will read it, and what changes do you hope your book will help bring about?

The book is academic, but I’m working to keep it lively and readable for popular appeal as well. There has been an upsurge in interest about Bushnell. While talking with someone writing a novel on Bushnell, I learned that a screenplay has been written about her. Some of her work is online and is being translated into different languages. She has become an inspiration to Christian organizations working to battle human trafficking.

What’s an example of gender bias in biblical translation?

Bushnell has so many. In her reading of the first chapters of Genesis, she finds that only Adam sinned in the Garden of Eden. The sin was not in eating the fruit, but in blaming God, as Adam did. Eve rightly blamed the Serpent. Eve sinned, however, in turning to her husband and following him out of Eden. Today women continue in Eve’s sin when they submit to men rather than to God. She identifies several instances where the very same word in Hebrew or Greek is translated one way when applied to men, and another way when applied to women. Thus, women are instructed to be “virtuous” or “modest” and men “courageous.” Given her context—trying to undo the “sexual double standard” that condemned prostitutes but expected far less virtue in men—this issue was extremely important.

What effect would gender neutral translations have for Christians and congregations?

Her work was passed along to biblical translation committees in the 1940s, and some of her revisions are reflected in modern translations. Bushnell provides extremely detailed analyses of all passages addressing male headship and female authority, but she keeps coming back to the passage in Matthew and Luke, where Christ declares (in the KJV): “No man can serve two masters.” But that’s precisely what theologians had been commanding women to do for centuries, through their translations and interpretations of passages on male headship. Bushnell asks how women could serve and submit to both God and their husbands. She wonders what difference it might have made if women had been able to read “no one can serve two masters.” How might that have kept notions of headship from developing in a way that stripped women of their spiritual power and authority? 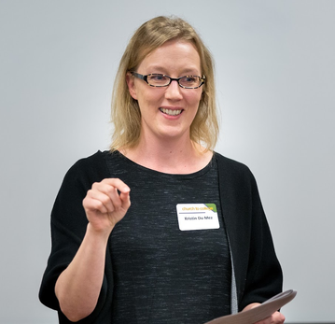 Why We Need to Know the History of Our Churches
The fact remains that most American Christians remain startlingly ignorant of critical aspects of their church’s history. Learning this history can help us more faithfully know ourselves, love others, and follow Christ.
Read more »