Usually teachers give the homily during daily worship at Mustard Seed School in Hoboken, New Jersey. When the school asked every eighth grader to give a homily, the results surprised and blessed the whole community.

Kathy Hanson, director of grades 2-8 at Mustard Seed School, directed a Vital Worship grant that immersed the entire PreK-8 school in the Psalms. Hearing Walter Brueggemann describe the Psalms as offering “an alternative reality” to the “worlds we inhabit” encouraged Hanson to have youth give homilies (messages) on psalms.

Why did you want eighth graders to do homilies?

I was highly moved by John Westerhoff in his book Will Our Children Have Faith? He makes the point that every child of God has insight. We always think about adults nurturing children in faith, but it’s also true that the Spirit is working in children. They have something to say to us.

Hearing Walter Brueggemann speak at a Calvin Symposium on Worship made me want eighth graders to do their homilies on the Psalms. I ordered several of his books and was struck by how he says there are psalms that we never read, though they are part of God’s Word. The whole idea of reading parts of the Bible that no one else does really appealed to eighth graders.

Some psalms seem hard for adults to grasp. Why did you think young teens could explain them?

I talked with them about Brueggemann’s idea that the psalms address our common life experiences of orientation, disorientation and reorientation. They totally got it, because, as adolescents, they experience life in a gritty way. They live loud. They can go from extreme happiness to deep despair, like “darkness is my only friend” (Psalm 88:18). This group of eighth graders really appreciated the poetry of the Psalms.

Did they have to give a homily?

We expected everyone to do this as part of their major service and leadership exhibition, which is a graduation requirement. They worked in pairs and could deliver a homily alone or with their partners, as drama, video, spoken message or reflection. Everyone had to memorize their chosen psalm and then either recite it in worship or read it in worship and write it from memory; create art; and write an essay.

All fall, we covered many psalms in worship, and teachers talked about psalms in class. Before Christmas, I gave the eighth graders a syllabus that listed possible psalms to choose from. I didn’t include psalms that were too long or that are often done at school, like Psalm 23. We went through the various types of psalms together, such as laments and victorious prayers.

Before they returned for school in January, each pair chose a psalm and created an online document to keep notes. Cindy de Jong [now pastor of Lakeside Church in Ludington, Michigan] communicated with students online before visiting us. She commented on each psalm’s meaning and tricky points. Cindy gave each pair great ideas on which mode of expression might match their psalm. Students then started delivering homilies in February.

What did students think about doing homilies for 80 to 100 people?

We teachers count giving homilies as the deepest and most challenging part of our jobs. The children felt a deep responsibility to be true to scripture and deliver authentically meaningful homilies. They chose the music, closed in prayer, did the whole leadership thing. This class was very gifted in music and visual arts, though some had anxiety or academic challenges. I said to those students, “I think you’ll be able to share this like no one else.”

Can you give examples?

Two girls worked on Psalm 51. One plays the clarinet beautifully. She found a German piece that, in English, means night. She recorded herself playing that piece as the background for a video of her partner painting an image. They speeded up the video so you could see the scene progress from gray clouds to greenery along a flowing river. They also made paper maché hands covered with the words of Psalm 51.

One young man, who is in a questioning phase of his faith, was resistant at first, because he didn’t want to be phony. I said, “You don’t want to be something you’re not. We don’t either. But the words of Psalm 13 might honestly reflect your feelings.” He found visual art online and made a black and white video slideshow that reflected the psalm’s questions simply and powerfully. He did his homily in Lent.

What did you notice when youth gave homilies?

The audience consisted of students and teachers from grades 4-8, plus any family members or pastors who came. Our fourth graders are the most vocal of the students, but they listened to the eighth graders more than they listen to us. These students connect with and understand each other. What eighth graders said really mattered to them. The attentiveness was palpable.

I still get choked up thinking about how beautiful those homilies were. They weren’t equally articulate, but what they said was from the heart and a gift that expressed what only they could. Teachers often commented afterwards, “I just heard the Word of God speaking to me” or “They really did stay true to the Word.”

Was this project just for your grant year?

No. We absolutely will have a Psalmfest again, and we’ll keep having eighth graders give homilies in community worship. This will be a tradition, part of our school fabric. I envision a three-year cycle of homily themes, with Psalms as one year.

Do your students’ pastors and congregations know what these kids can do?

We did not succeed in getting many pastors to come in and hear homilies. Some came. I think they should all come to hear the children from their congregations, because they would be beautifully surprised and profoundly changed to see what’s possible. We teachers know and worship with these students each day, and even we were surprised. In the future, we may require kids who attend church regularly to interview their pastors while preparing homilies. 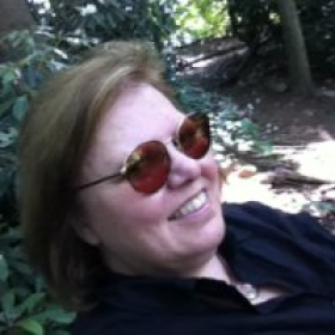 First Steps for Including Teens in Planning and Leading Worship
Integrating youth leadership throughout the church is a new paradigm. But churches are reaping the benefits of mentoring youth to plan and lead worship.
Read more »