Whether you observe Halloween, All Saints’ Day or Reformation Sunday, you probably know that Martin Luther nailed his 95 theses to a church door on October 31, 1517 and that John Calvin promoted the Reformation in Geneva, Switzerland. Here’s why that still matters.

Karin Maag is director of the H. Henry Meeter Center for Calvin Studies and professor of history at Calvin College in Grand Rapids, Mich. In this edited conversation, Maag discusses her next book, Lifting Hearts to the Lord: Worship with John Calvin in Sixteenth-Century Geneva (Eerdmans, 2016), preparing to remember the Reformation and more.

Why does your forthcoming book on 16th century Geneva have a title that refers to ancient Christian communion liturgies?

The title Lifting Hearts to the Lord echoes early-church liturgies but looks directly to the Genevan liturgy of the Lord’s Supper. By the mid-1540s, that liturgy included this line by the pastor: “Let us lift our souls and hearts on high where Jesus Christ dwells in the glory of his Father.”

Your book quotes from primary sources newly translated into English. Which was your favorite?

My favorite newly translated sources include letters by Calvin, especially one dealing with the ex-Carmelite monk who wanted to become a Reformed pastor right away, without going through any training or examination. Reading between the lines, it is clear that this person was a difficult character—definitely not someone whose gifts appear to lie in ministry. It is instructive to watch how pastorally the Genevan clergy handled the situation.

I’d like to highlight the Genevan pastors’ confidence in preaching in the prophetic mode. They did not offer easy listening sermons or pop psychology aimed at affirming their hearers’ way of life and decisions. Their preaching was challenging and often controversial. I am not saying that I fully endorse their approach, but they did present their hearers with clear articulations of what it means to follow Christ.

Can you give examples from prophetic sermons?

They preached very pointedly on what it meant to faithfully follow God’s commandments. Calvin’s sermons survived because they were recorded by a hired note-taker in the congregation. He preached against corruption, avarice, laziness and Genevan sharp business practices, like butchers surreptitiously adding weight to their scales so they could charge customers more for meat. Calvin preached against hypocrisy of all kinds. He said some people attended church to show off their clothes or their importance, rather than coming to worship. Others thought they were serving God when they attended church, knew the Bible a bit, corrected others harshly and made small faults into major sins. This last part comes from Calvin’s sermon on Isaiah 56:1-2.

In essence, Calvin and his fellow pastors never let anyone get comfortable in their role as a “good Christian.” Today pastors might preach against the sins of the world and often congregations can comfortably feel that the pastor is talking about other people, not them. Calvin never let his hearers off the hook.

Why should churches consider observing the 500th anniversary of the Protestant Reformation?

Increasingly, contemporary church members are losing their awareness of church history. Anniversary occasions such as 2017 can help congregations reflect on what past generations of Christians believed and why. Sixteenth-century Christians confronted issues that still face us today. These questions include what it means to follow Christ, how to hold to the truth and yet still co-exist with neighbors who hold different views, and, in many cases, how to live as a religious minority. Examining previous generations’ approaches can offer today’s Christians a richer and deeper understanding of possible ways forward.

What cautions would you offer to churches that want to remember the Protestant Reformation?

Marking the 500th anniversary of the Reformation in 2017 is a challenge. Some fear that we will turn Luther into a super hero of faith and lose sight of his complex context and fellow Reformers. Others worry that 1517 is being overly magnified. They say the Reformation started in 1520 or 1521 at the Diet of Worms. Also, it’s important to observe the 2017 anniversary cross confessionally, including Catholics, Lutherans, Reformed and others to discuss and assess the Reformation’s impact over the last 500 years.

How will the H. Henry Meeter Center for Calvin Studies and Calvin College observe the anniversary?

We’ll have special lectures, including a slot in the 2017 Calvin College January Series, and exhibitions in the Meeter Center and the college’s Center Art Gallery. There will be a Reformation-sites tour for alumni, at least one musical event, class visits to the Meeter Center, adult education sessions and more. 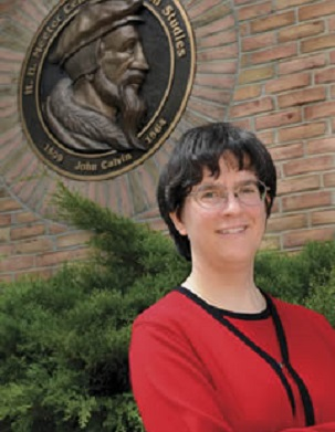 The Impact of History on Worship Today: Commemorating the 400th Anniversary of the Synod of Dort
2019 Calvin Symposium on Worship | Workshop
Read more »

Scholars Suggest How to Remember the Reformation
Seven scholars, pastors and musicians discuss how Protestants and Catholics can and should together observe the 500th anniversary of the Protestant Reformation in 2017.
Read more »

Shaping a Reformation Commemoration Prayer or Worship Service
This workshop explores the ways we can prepare to commemorate this significant anniversary with both grace and truth, acknowledging both the insights and limitations of the Reformers, expressing gratitude for Christ-centered renewal and lament for divisions and even violence within Christ’s body.
Read more »