John Huizinga is pastor of Lombard Christian Reformed Church in Lombard, Illinois, a Chicago suburb. He works to develop leaders within the congregation to take ownership of various church ministries. 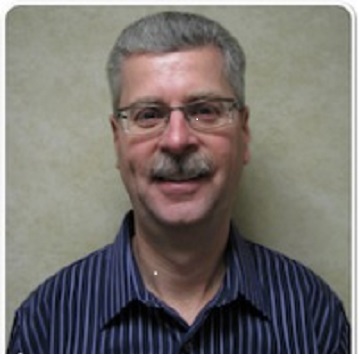 Lombard Christian Reformed Church (CRC) received a Vital Worship grant in 2013. In this edited interview, based on email and phone conversations in July 2014, Huizinga talks about the importance of being clear on who has authority and responsibility to make and evaluate worship change in a congregation.

How did you decide who was allowed to make which kinds of worship changes?

Depending on a church’s governance and management structure, time must be taken to clearly determine who has authority and responsibility for what decisions. In our church we have to continue to make clear the role of elders, pastor, worship director, planning team and support ministries regarding worship decisions.

The elders made the decision to move to a combined service because (in the CRC) elders are responsible for worship. Elders gave responsibility for direction to the worship renewal team, which was made up of the grant team plus others, such as younger and older people to help us keep hearing many voices. The worship renewal team told the worship planning team which worship principles and elements to focus on.

What’s an example of how this decision process unfolded?

How and when did worshipers get introduced to the prayer postures idea?

We prepare the congregation by letting people know where we’re going to travel. We studied Wise Church: Exploring Faith and Worship with Christians around the World in our small groups. We also explain changes in our quarterly “Roadmap to Renewal” and weekly Friday “Prepare Your Heart” email.

When we introduced prayer postures (standing, raising hands, opening palms and folding hands), we noted it in the bulletin that Sunday and the week before. In worship I said, “As we go into prayer, we will…” And then, during the prayer, I’d say, “We raise our hands in praise” or “We fold our hands, because we trust you, God.”

We recognize that new things can feel awkward or forced, but that our task as worshipers is to exercise grace by being open to trying new worship actions. The elders needed to learn not to micromanage. They wondered what should happen when people respond to worship change with the old language of preference or right and wrong. We reminded elders that they aren’t the complaint department. They don’t have to fix everything. Before introducing something new, we often had to go back to the elders and say, “We’re doing this. If you hear feedback, then please direct people to where the responsibility and authority is—the worship director, who is head of the worship planning team.”

Was it hard for elders to, in a sense, give away their power by delegating to the worship renewal and worship planning teams?

We stumbled sometimes, as when deciding on how to present Scripture so people actively engage with it. We really want to work at how we present Scripture, because God’s Word is at the center of our worship. More and more people bring in Bibles on their phones or tablets. We had the 1984 NIV in our pews, and some copies were worn out, but that version is no longer for sale. We think the 2011 NIV is less readable, but Biblica holds the copyright for the NIV and says you have to use the 2011 version if you project the text on screen in worship.

We weren’t ready to invest in all new Bibles. But we couldn’t have words on the screen that don’t match the words in the pew Bibles. We decided to pull out all the pew Bibles and put them on racks by the doors, so people could take them if they wanted them. The elders wanted to change that decision and put Bibles back in pews. But, of course, now we no longer had enough Bibles for everyone. We had to talk with the elders about giving authority away and taking it back. For now we say, “If you’re sitting somewhere and there’s no Bible nearby, please ask a neighbor to share.”

Despite your clear process for making and evaluating worship change, what other issues are you still dealing with?

We’ve really worked on crafting a service in which all the elements flow together. For example, before a song, we want the worship leader to say, “Scripture says this, so our praise is this song” instead of “We’ll sing this song next.” Most church teams in our congregation use PlanningCenterOnline.com to schedule and link volunteers and participants. The worship director uses it to print out an agenda of who will do what in each service.

We’ve noticed that the flow is often interrupted during the offering. Our tradition is that a deacon comes forward before the offering. He or she says something about the offering and says a prayer. Some are more comfortable with this than others. The offering is typically the congregation’s first action of thankfulness after the message, so we want to help deacons use their words more as a testimonial than an announcement. However, not all deacons are using PlanningCenterOnline.com, so we often don’t know which deacon will speak during the offering. I’ll be meeting with the worship director and deacons on this matter.

Do the people who aren’t designated decision makers get any say in worship changes?

Hearing from many voices is important, because when people know they have been heard, they are more open to giving something a chance. And the Holy Spirit works in all believers, so each must be valued on their own faith journey in what they say and do. We made sure to include lots of feedback opportunities and let people know when those would happen. Our grant is over, but we still plan to invite the congregation to occasional dessert discussions or lunch-and-learn events.

When this process started, we were most afraid of people’s reactions to musical selections and having more people up on stage. We also met early resistance when deciding on the Sunday schedule. To some degree those issues remain for a few. We lost one couple because of music. We have a few more whose attendance is spotty because of the 9:45 a.m. service time. But overall we’ve seen more enthusiasm in worship, more supportive foyer conversations, heightened awareness of stewardship, greater response to prayer—and members are inviting their friends to our worship services.