Children think differently from adults. Greater understanding of how children think can help parents, pastors and ministry leaders foster healthy faith in each stage of development.

What does it mean to reason like a child?  Here are some important things to know when working with children in various stages of development.

Babies don’t know how to count, but they can do math. One of the most important things they “compute” is the ratio of supportive to unsupportive caregiving experiences. This ratio is the basis for infants’ mental concept of close relationships and toddlers’ complementary concept of the self.

Back when primary caregivers were almost always mothers, a psychologist named Donald Winnicott said that our mother is our first mirror. In the same way that we look into a glass mirror to see if we are attractive, we look into our “mother-mirror” to see if we are worthy of love. If mom treats us well, we conclude that we are worth loving. If not, we doubt our worth.

Other psychologists have extended this process to another concept: God. The whole process looks like this:

Although children don’t generate a God-concept until the preschool years (when they have the language and imagination to develop concepts of things they cannot see), some psychologists believe that caregiving in the first few years of life is the best predictor of whether a child eventually develops a view of God as loving or not.

Preschoolers are better thinkers than toddlers, but they can only reason about one or two things at a time. This limitation in memory “slots” means that children often miss the main point of a Bible story. If you fill your two slots with baby Moses and a princess, for example, you’ve got none left to see how God is orchestrating an Israelite rescue plan.

Having just two slots also prompts preschoolers to order their social world into rigid, dichotomous categories like boys and girls, or good people who go to heaven and bad people who go to hell. Fear of being in the latter category makes some children reluctant to acknowledge any sin at all. Parents and teachers need to gently point out children’s sin along with children’s good behavior, being careful not to mistake a deficit in categories as hard-heartedness.

The ability to simultaneously consider three or four plot-elements permits later-elementary school children to understand cause and effect, extract the main point of a Bible story, and apply this point to their own lives. But this age group is still mentally hostage to the concrete world. Confronted with an abstract concept, they try to make sense of it in a literal, mechanistic way.

After hearing a sermon about Christ taking our sin on his body, one of my children drew a picture of God with pink hair. Asked to explain, he said, “It’s pink because it’s shooting out to the people. God shoots it out to the people and then it gets black because of all the sin and then God takes it back and eats it all. Then he makes it pink again and spits it back out so it can take more sin. God has to take the sin because otherwise it would just bag you down, you know.”

Middle childhood also brings much greater understanding of social relationships. Kids in elementary school understand that observable behavior is motivated by unobservable emotions and intentions. They spend a lot of time thinking about what makes a good friend, placing particular emphasis on fairness, loyalty and reciprocity (if I invited you to my birthday party, for instance, you have to invite me to yours). A benefit of this improved understanding of relationships is that children now view God not as a capricious superpower, but as a rational decision-making agent who knows and reckons their intentions. A risk of this improved understanding is that children also expect God to be fair, loyal and reciprocal. For some children, God exists primarily to keep track of good and bad and to mete out rewards and punishments accordingly. Recognizing this maturationally-based fixation on reciprocity, parents and teachers should intentionally work to counter this age group’s tendency toward works-righteousness theology.

The reasoning of early adolescents baffled psychologists for a long time. Prior to this point, the developing child just gets more and more logical. But puberty brings what some psychologists call the paradoxical adolescent brain. Academic logic continues to improve, but social logic seems to regress in some domains (a teen with the math skills to compute drunk-driving statistics might still ride with a drunk driver, for example). As it turns out, there is a biological reason for young teens’ poor social reasoning: A part of the brain involved in social decisions undergoes a major reconstruction that prompts a more feeling-based, logic-deficient reasoning somewhat reminiscent of the preschool years. Along with many other things in early adolescence, a relationship with God and confidence in one’s own beliefs are strongly felt rather than reasoned.

The quality and content of faith in early adolescence is largely a function of relationships with parents. Teens from happy families are often eager to accept their parents’ beliefs as a “whole package.” They may have difficulty understanding why anyone would not accept what (to them) seems obvious. This certainty of belief makes some teens eager to participate in membership rites like confirmation, profession of faith or baptism. Congregations who want such rites to serve as a marker of a more mature faith should provide some additional mechanism for younger teens to publically identify with their community. For example, teens who are not yet taking communion might be formally welcomed to the communion table. Teens can also be publicly presented as ready for service.

Teens who have experienced difficulties—particularly difficulties that can be viewed as a failure of faith such as divorce, adultery, substance or sexual abuse—may reject “whole packages.”  Sometimes these teens choose alternative whole packages (a teen raised Catholic has a Baptist salvation experience, for instance, and decides that Catholics aren’t even Christians). Sometimes these teens reject faith altogether.

Because young teens have enough memory slots to see the Bible as a single narrative rather than as a collection of stories, and because they have the reasoning capacity to think about concepts not easily reduced to concrete mechanisms, they are now ready for formal training in doctrines and catechisms. This training should include tests. Like many children of immigrant parents who grow up understanding their parents’ native language but don’t really speak it, teens not required to speak the language of faith are rarely fluent in it (Christian Smith and Melina Lundquist Denton, Soul Searching: The Religious and Spiritual Lives of American Teenagers [New York: Oxford University Press, 2005).

Although brain development is not “done” until one’s early 20s, most high school students have begun to think critically about what they believe. Healthy faith in the high school and college years is less emotion-based and typically includes:

The best way to foster a healthy faith in this age group is to surround youth with mentors who are committed to beliefs they acknowledge as faith. Teens grappling with the complexities of faith in a science-informed world need ongoing relationships with adults actively grappling with the same complexities. Mentors who are overconfident in overly simplistic worldviews are mentors that will be outgrown by contemporary youth.

Churches also need to provide opportunities for youth to develop a sense of competence in faith-based activities such as worship leading, event planning, and community service. (Carol E. Lytch, Choosing Church: What Makes a Difference for Teens [Louisville, KY: Westminster John Knox Press, 2004]). In my own research with adolescents, the best predictor of eight desirable outcomes (personal prayer, “desire for others to know of my faith commitment,” for example) was a lifetime count of the different ways youth had contributed to leading worship, such as reading scripture, playing an instrument, or collecting the offering (Marjorie Lindner Gunnoe and Claudia DeVries Beversluis, “Youth, Worship, and Faith Formation: Findings from a National Survey,” Reformed Worship 91 [2009]).

Finally, older teens who have not yet made a formal commitment to a specific faith tradition should be strongly encouraged to do so. High school is a good time for this. Older teens have the capacity for critical thinking and are still psychologically attached and accountable to a specific congregation. Once they leave this community, emerging adults often feel no urgency to commit to something they cannot be certain of anyway. 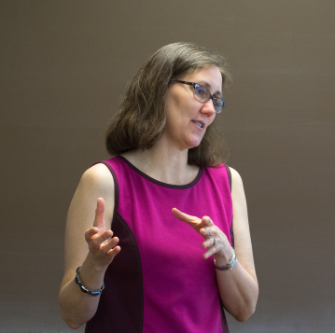 Faith Formation from Birth to Age 20
This fast-paced audio session is helpful for parents, teachers, mentors and anyone who cares about the faith formation of the next generation.
Read more »

Faith Formation, Cradle to Grave
Churches have a variety of faith forming activities. It can be difficult to see how they fit together to form the faith of young and older members of the congregation. Worship is one of the few activities that many churches do with all ages.
Read more »