I still remember being punished for something I didn’t do when I was a middle school student in South Korea. I thought it was unjust. But the message I received was clear: if one person does something wrong, the entire group is responsible.

The expectation to take care of each other formed in me a belief that my identity is deeply rooted in the group I belong to. Our collective success meant honor, and our failure meant shame.

But in an individualistic society like America, there’s no room for collective shame. Shame is considered toxic, something to be avoided at all costs. This is reflected in how many Americans view racism. If they don’t believe they’ve ever discriminated against someone because of their race, they reason, then they have no further responsibility, even if they benefit from a societal system of white supremacy.

Collective shame can be abused, though. Leaders might shame individuals or groups to gain what they want. I knew some master manipulators who used shame to harm and exploit those who were supposed to be under their care.

During the Korean War, my wife’s grandfather was falsely accused of ties to the North Korean army. The result was political oppression from the South Korean government upon his family, including his children. The whole family had to endure discrimination and harsh treatment from its own government. The message was clear: descendants will suffer if their ancestors committed treason.

Collective shame is a powerful force. It’s deeply embedded into the narratives of Korean families through multiple generations, including mine. But I was also deeply influenced by an individualistic approach to religious piety and personal salvation and considered shame to be totally unnecessary for the growth and flourishing of the church.

I’m reconsidering that now. I’ve begun to see the wisdom of my ancestors, who understood the benefit of collective shame for a better society, one in which members are accountable for and to each other. For my ancestors, shame was not only a moral compass, but a powerful inner resource that could cultivate a healthy self-governing society.

My grandmother was born in South Korea in 1927, during the Japanese colonization of Korea. Under Japanese occupation, Koreans were not allowed to speak their own language, and they were forced to take Japanese names to replace their Korean names. When my grandmother was 16, I’m told, she had to marry because of the fear that Japanese soldiers would take her as a sex slave. Though every Korean knows Japan used Korean young females as sex slave, it’s not easy for them to tell this story because to do so we must face collective shame about what was done to them and our inability to protect their people.

To this day, the Japanese government does not tell this story because it would mean facing the collective shame of what they did to others as cruel, inhumane oppressors. We all prefer to tell a sanitized version of our ancestors’ stories because embracing collective shame is hard.

As a Korean American, I also hold conflicting narratives. American missionaries came to Korea around the turn of the twentieth century to preach the gospel. At the same time, people of color in the United States were facing the harsh realities of racial discrimination and lynching. Black American soldiers fought during the Korean War for the idea of free democratic societies while in their own country they lived under Jim Crow laws.

As my wife and I began homeschooling our American-born Korean children a few years ago in the American South, we soon realized how only certain versions of history were told among Southern homeschool circles.

When there is no room for collective shame, we tell only a partial or twisted version of the story. How can we share the true and honest history of our people, whether our ancestors were the oppressors or the oppressed? In an honor-and-shame culture, there’s no story of honor if there’s no story of shame. You don’t bring honor to someone by erasing shame, but by bringing shame into the light.

Jesus said, “You will know the truth, and truth will make you free” (John 8:32). Yes, truth will set us free—but only if it is the whole truth, the whole story.

The Bible was written by people in collective cultures, and it uses collective shame effectively to edify the hearts and influence the behavior of God’s peopled. New Testament scholar Te-Li Lau writes:

As a moral emotion, shame functions as a critical component of our moral apparatus. It helps us discern what is noble and base and provides the motivational energy that impels us to do good and to avoid doing bad. As a social emotion, shame is the glue that holds relationships and communities together. It has the potential to construct a decorous and harmonious society—a society in which individuals are sensitive to the social norms of the community and who respect the honor of others. What we need is not the extirpation of shame but a nuanced understanding of the complexity of the shame that leads to human flourishing” (Defending Shame: Its Formative Power in Paul’s Letters, 6).

In the Korean Bible, the word “you” is almost always translated as a plural pronoun. Most of Paul’s epistles were written to the church (a group of people), and, Lau explains, “[Paul] considers shame as a necessary element in moral formation, and he clearly considers certain behavior to be shameful” (Defending Shame, 6).

We need to face collective shame to construct and tell the whole story without erasing or revising shameful parts. No matter how shameful our stories are, no matter if our stories are those of the oppressed or the oppressors, only the whole truth, not a partial truth, will set all of us free.

To face collective shame as a worshiping community, I encourage you to start by reflecting on and then discussing the following questions together:

At the end of your discussion, take time as a group to create your own liturgy to confess, lament, and repent together about the shameful stories you have considered.

You may also find it helpful to write your own worship songs. Below is an example written by Proskuneo Ministries. It’s designed with places for you to add your own verses expressing repentance and dependence on God for healing in ways specific to your particular worshiping community.

All of Us Together

Verse 1
For turning a blind eye,
For failing to see your tears,
For making excuses,
For hundreds and thousands of years,
We repent, we repent.

Verse 2
For hiding our weakness,
For turning your wisdom away
As if we don’t need you,
For twisting your glory to shame,
We repent, we repent.

Verse 4
For all that your voice brings,
For all of the parts of yourself,
Each gift and each story
You’ve poured out, and all that you’ve held
We depend, we depend. 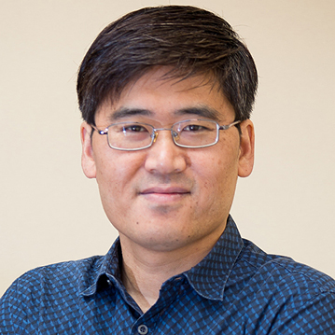 What Is Truth?
As a Christian I believe truth exists but I also find that there are many interpretations and varied opinions of what is truth.
Read more »