Sometimes it’s awkward for Christians of different cultures to talk together about God’s presence in slavery. Eric Washington provides a way forward.

Eric Washington teaches history and directs the African and American Diaspora Studies minor at Calvin College in Grand Rapids, Michigan. He researches African American church history and the growing “Black and Reformed” movement in North America. In this edited interview he talks about why some slaves found comfort in Reformed theology.

What surprises people when you talk with them about historical connections between Reformed theology and African American churches?

What surprises most people, including many African American Christians, is that there’s an historical connection that goes back to the 17th century or earlier. And it persisted through the 19th century, in Baptist churches especially. There were all-black Presbyterian congregations in the 1800s, especially in New York and Philadelphia, as well as all-black presbyteries in the South.

Why did Reformed theology appeal to slaves and former slaves?

How do you know that some slaves and former slaves had this view of redemptive suffering?

You can read it in the writing of former slaves and see it in songs and spirituals that come from the crucible of slavery. Phillis Wheatley, who was enslaved as a little girl, wrote a poem that begins: "’Twas mercy brought me from my Pagan land,/Taught my benighted soul to understand/That there’s a God, that there’s a Savior too…” She recognized that, through the medium of slavery, she became a Christian.

As a white person, I can’t imagine describing slavery as redemptive suffering…

It’s a very tricky and complicated intellectual idea, and it depends on whose mouth the idea comes from. You have to consider people’s words within their historical, social and theological contexts. Many white slave owners used slave conversions as a way to justify slavery. Yet, while acknowledging that Native Americans still suffer, it’s hard to think of anything in this country more horrific than 250 years of chattel slavery [treating people as property].

If you look more closely at Phillis Wheatley, you’ll see she also realizes she was an innocent and illegal victim. She wrote about African dignity. Several slave narratives talk about how coming to Christ gave them hope to become free of slavery. Absalom Jones refers to the story of Joseph being captured and sent to Egypt when trying to understand how God worked good out of great evil.

Weren’t some slaves already Christians back in Africa?

We know that some slaves from the Kingdom of Kongo [now part of Angola and Democratic Republic of Congo] were Christians, but we don’t know how many. Various 15th century popes said that Spanish and Portuguese merchants weren’t supposed to enslave Christians or Muslims…or could enslave Muslims or pagans but not Christians…or weren’t supposed to sell Christian slaves to non-Christian owners. However, as early as the 1520s, documentation shows that Kongolese leaders allowed local and Portuguese merchants to capture free Christians.

What can Christians today learn from slave narratives?

These narratives remind us that suffering within the body of Christ is ongoing. As Jesus said in John 16:33, in this life we will have trials. From slave narratives, songs and spirituals, we can all learn that God can work good from evil, and that when one part of Christ’s body suffers, we all suffer. 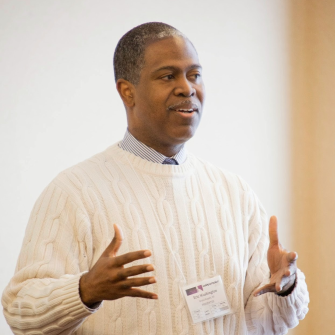