The older you get, the more likely you are to lose hearing. Most hearing aids and cochlear implants now come with telecoils. Your church can install hearing loop systems that deliver customized sound directly from microphones into T-coil hearing aids.

Social psychologist David G. Myers is known not only for his textbooks and general interest books, but also for his efforts to transform the way America provides assistive listening for people with hearing loss. He has received several awards for his advocacy, and he serves on the Advisory Council of the National Institute on Deafness and Other Communications Disorders. In this edited conversation, Myers talks about why churches should install hearing loop systems.

You started out teaching psychology at Hope College in Holland, Michigan. What made you such an advocate for hearing loop systems?

I started losing my hearing as a teen, due to a genetic condition that also made my mother completely deaf in her later life. For her, it was socially isolating. I earned a PhD in social psychology and loved teaching and research. I started using a hearing aid in my early 40s, but, even so, I had more and more trouble hearing students’ questions or participating in faculty discussions. By then, publishers were inviting me to write textbooks, so I switched from classroom teaching to writing.

In 1999, my wife and I were worshiping at Scotland’s Iona Abbey. It is a beautiful setting, but sound reverberates around those ancient stone walls, and I couldn’t hear any spoken words. Then my wife noticed a blue hearing assistance symbol on the wall. The sign had a white “T” to indicate that the abbey was wired with a hearing loop that could magnetically transmit sound from the PA system to the telecoils in my hearing aids. When I flipped my T-coil switches, it was like magic—crystal clear sound coming not from speakers high on the wall but in my ears, customized to the volume I needed.

That experience made me a hearing loop evangelist.

According to the latest National Center for Health Statistics, 1 in 6 (40 million) American adults report at least “a little trouble hearing.” According to a 2011 report based on audiometric testing of Americans age 12 and older in the National Health and Nutritional Examination Surveys (NHANES), 30 million Americans have at least a 25-decibel hearing loss in both ears and 48 million have loss in one or both ears.

I emphasize that hearing loops—which effectively put the ceiling speakers right in one’s ears—offer hearing assistance that people with hearing loss will actually use. Others have described hearing loops as like “wi-fi for hearing aids” (though it’s a magnetic signal). It’s a technology that effectively takes the hearing aid mic and puts it on the minister or lector.

In a church setting, why is loop technology better than infrared or FM assistive technology?

Unlike FM and IR (infrared) assistive listening systems (which deliver sound via headsets or earbuds), a loop system is hearing aid compatible. It delivers sound that is customized by one’s hearing aids for one’s own ears. This also means that, during worship, there is no need to juggle between a headset and wearing hearing aids. Additionally—and this is huge—hearing loops require no fuss locating and wearing extra equipment. When not hearing well, people need only activate their telecoils.

I’d invite your normal hearing readers to imagine being a person with hearing loss. You find yourself struggling to hear during worship. Which of these hearing solutions would you prefer? Would you want to take the initiative to locate, check out, wear and later return a receiver and conspicuous headset? Or would you prefer simply to inconspicuously push a hearing aid or cochlear implant button, whereupon your hearing instrument becomes a wireless speaker that broadcasts sound customized for your own ears.

Bluetooth enables my smart phone to broadcast to both my hearing aids. Very cool. But Bluetooth is useless for public assistive listening. It has a limited range of about 10 feet. And it is a private phone-to-hearing-aid connection, so no one else can eavesdrop on my calls. Hearing loops can cover an area as big as Michigan State’s basketball arena. And hearing aid wearers who have the essentially free telecoil receptor (since most do), can access the signal anywhere there’s a loop…in any place or country worldwide, from New York City’s new taxis to London’s Westminster Abbey.

Even when their worship space is looped, might people with hearing loss have problems in other areas of the church building or aspects of congregation life?

Yes, which is why many churches, including my own, have also looped their adult education room and have someone assigned to carry a mic around to people asking questions or commenting.

Is there a minimum number of people with hearing loss or annual church budget threshold that most churches need before they install a hearing loop system?

Is there a minimum number of people in wheelchairs that would cause a worship place to make its building accessible? Given that hearing loss is the great invisible disability, isn’t it time for the church to be optimally supportive both of people with motor and with hearing disabilities? (Hearing loops are the hard-of-hearing person’s equivalent to wheelchair ramps.) When I attend a lecture or worship service and cannot carve meaning out of the spoken word, I am (cognitively speaking) excluded from the event as much as a person who finds the facility physically inaccessible.

Hearing loop technology is widely used in northern Europe and parts of West Michigan, your own region. What prevents more churches from installing it?

Hearing loops cost more, especially if not installed during construction or recarpeting. But my experience is that so many more people use them that they typically cost less per user. And isn’t that the cost metric that should matter? And that’s before considering the amazing effectiveness, as shown in this study of nearly 900 people with hearing loss who reported on their experience with and without a hearing loop: 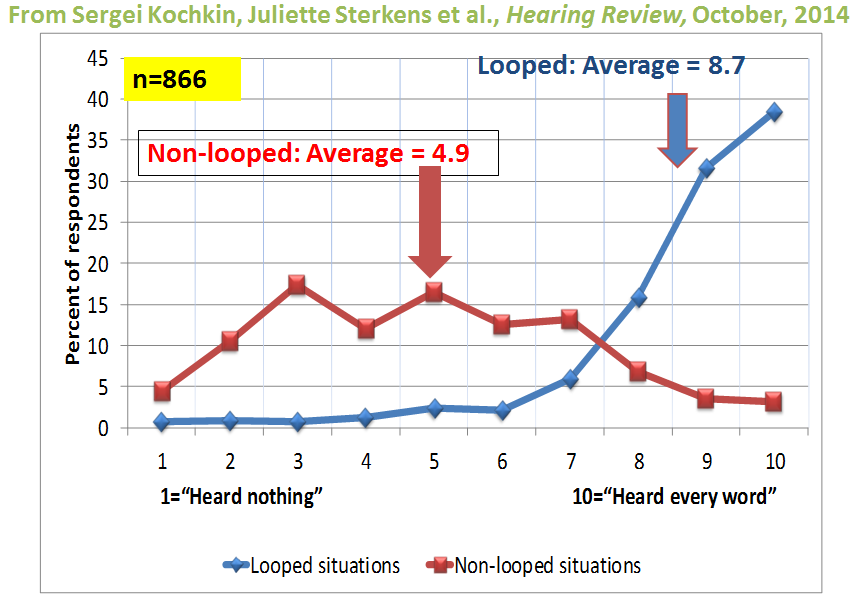 Small wonder that the move to hearing loops is accelerating. Just in West Michigan and across the lake in Wisconsin, some 1,000 facilities now have installed hearing loops. And the movement is spreading across the nation, thanks to support from the Hearing Loss Association of America, the American Academy of Audiology, hearing advocates nationwide and dozens of newly trained loop installers listed on HearingLoop.org.

What’s your favorite story about what happened in a church that installed a loop system?

I’ve collected so many quotes and testimonials. Here are two favorites. The first is from Kent Fry, minister of preaching and leadership at Third Reformed Church in Holland, Michigan: “We have a man in the congregation who took a bullet to the head in Vietnam. It has impacted his hearing to the point that he is completely deaf. Through the Veterans Administration he just got his hearing aids to access the loop system. A few weeks ago coming out of the sanctuary, he was filled with joy because he could hear every word. He was like the deaf man in the gospel healed by Jesus.”

Audiologist Juliette Sterkens shared this from a man at Algoma Boulevard United Methodist Church in Oshkosh, Wisconsin: “From the very first words our pastor spoke, I could understand every word. It was wonderful. I thought I would never again be able to experience a church service where I could hear every word and be able to follow along with the music knowing I was singing the correct note and verse. Usually my wife tells me what verses we are singing. Today I told her!”

This brief video lets you hear the difference a hearing loop makes to a person using a hearing aid. Myers started HearingLoop.org to advocate for loop systems in churches and public venues. His memoir, A Quiet World: Living with Hearing Loss, traces his journey from denying his hearing loss to accepting and exploring audio technologies. Check out Hearing Loss Association of America’s advice on hearing loops. 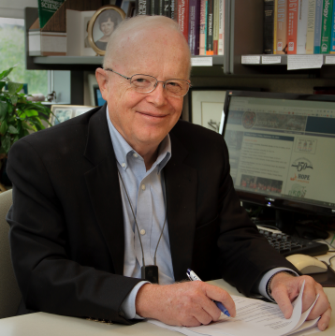 Barbara J. Newman on Visual Hospitality in Worship: More than Large Print
The older you get, the more likely you are to experience visual loss. Disability and advocacy expert Barbara J. Newman describes sight-related worship changes that benefit the church as a whole.
Read more »

How Loud Is Too Loud?
Volume in worship can be a touchy subject, one full of tensions. However, by looking at it through the lens of universal design and applying this principle to volume, we can see the many tensions in play and work together to glorify the Lord and lead God's people in song.
Read more »

Each Ability and Disability Reveals God
A new resource explains that the most disabling aspect of living with disabilities is the attitude of others.
Read more »