Wise Church: Exploring Faith and Worship with Christians Around the World

Wise Church: Exploring Faith and Worship with Christians Around the World

Based on the document "Worshiping the Triune God," a collection of proverbs on worship adopted by the World Communion of Reformed Churches, this book and study guide offers a global perspective on how and why we worship.

With pictures, testimonies, hymn texts, and reflections on the meaning of communal worship, this study will help any local congregation celebrate the larger body of Christ with whom they are joined every time they gather together. Each session includes an exploration of a section of "Worshiping the Triune God" and questions for reflection. 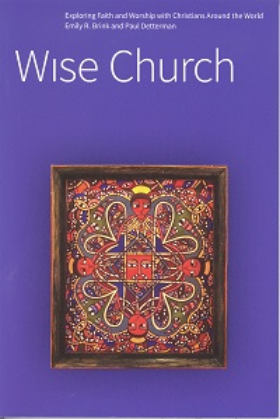 Christian Worship Worldwide
As Christianity has boomed in the non-Western world, several questions have emerged regarding how worship and culture relate. Charles Farhadian presents a timely investigation of their interaction.
Read more »

Worship Across the Racial Divide
Many scholars and church leaders believe that music and worship style are essential in stimulating diversity in congregations. Gerardo Marti draws on interviews with more than 170 congregational leaders and parishioners, as well as his experiences participating in worship services in a wide variety of Protestant, multiracial Southern Californian churches, to present this insightful study of the role of music in creating congregational diversity.
Read more »