Noticing and celebrating Palm Sunday’s allusions to Advent can enrich your congregation’s understanding of Holy Week and how Palm Sunday reflects both Christ’s humble first coming and his glorious return.

An exemplary mayor of a Roman city in the first century B.C. does not sit idly when he hears the tiding that the emperor is coming to his city. Such a guest calls for a welcome with the utmost grandeur. Upon hearing the news, the mayor rises up from his seat. With excitement and haste he prepares and orchestrates a formal reception of the emperor. The mayor scurries up a delegation of prominent citizens and celebrities residing in his city—religious leaders, university professors, veterans and soldiers, musicians and athletes, all dressed in their best attire. He and his delegation then travel outside the city wall to meet the coming emperor, sometimes journeying a great distance to do so. When they finally meet their king, they greet him “with shouts of praise and song, and then escort him on the final leg of his journey.” Upon the emperor’s arrival in the city, the citizens “would similarly welcome him with incessant shouts and applause” (Jeffrey A. D. Weima, 1–2 Thessalonians [Grand Rapids: Baker, 2014], 333–335. See also John Chrysostom, On the Ascension of Our Lord Jesus Christ, 50.450.57).

This formal reception of the emperor or king was a widely known custom in the Greco-Roman world. Greeks (and even Latin-speaking Romans) called it apantēsis, which in Greek literally means “reception.” The coming of the emperor or king, however, they called parousia, whose Latin cognate is adventus, from which we derive the word Advent.

There may be a bit of a debate about whether the Gospel writers intended to depict Jesus’ entry to Jerusalem as a formal Hellenistic reception, or whether the Israelites, who had gathered in Jerusalem for the upcoming Passover and heard tidings of the coming of their desired king after he had raised Lazarus from the dead, had this particular custom in mind as they “went out to meet him” with incessant shouts of praise (John 12:13–18). Regardless, this historical context of the crowd’s reception of Jesus into Jerusalem furthers our understanding and imagination of Palm Sunday, prompting us to commemorate the day as another adventus of Christ the King.

Why We Commemorate Palm Sunday as an Advent

Commemorating an Advent-oriented Palm Sunday has at least three benefits.

Worship planners and pastors may adopt Advent themes and liturgies into their Palm Sunday services and sermons. When we consider Advent not only as the commemoration of the nativity but also a foreshadowing of eschatology, a Palm Sunday service is full of opportunities. The service may begin with an Advent hymn. One that both recounts the birth of Christ and foretells his suffering would be most appropriate. “Hail to the Lord’s Anointed” by James Montgomery, for example, may be sung with an emphasis on the first stanza:

Hail to the Lord’s anointed, great David’s greater Son!
Hail, in the time appointed, your reign on earth begun!
You come to break oppression, to set the captive free,
to take away transgression, and rule in equity.

The service may end with a song that foretells Christ’s second coming. It is most appropriate when an Advent song within a Palm Sunday service—either at the beginning or at the end—captures the suffering and death of Christ, as the third stanza of Charles Wesley’s “Lo! He Comes, with Clouds Descending” does:

Those dear tokens of his passion
still his dazzling body bears,
cause of endless exultation
to his ransomed worshipers;
with what rapture, with what rapture,
gaze we on those glorious scars!

Some modern Christian poets have already glimpsed the Advent allusions in Jesus’ entry into Jerusalem and have written beautiful pieces that capture both the season and the day. Richard Wilbur’s “A Stable Lamp Is Lighted” is perhaps the most compelling among all. The second stanza says:

2. Advent themes add depth and solemnity to a Palm Sunday service by foreshadowing the suffering and death of Christ, thus setting the tone for the coming Holy Week.

Advent and Palm Sunday clearly contrast with one another. In one, Christ is to come in a silent night in a small town called Bethlehem. On the other, Christ comes in daylight into a bustling city, met with shouts of praise. In both, however, is the presaging of Christ’s passion. Both the manger and the donkey proclaim the manner and the purpose of his comings. The myrrh is given at his birth already for his burial, just as the cry of “Hosanna” so quickly turns into that of “Crucify him!” Palm Sunday is not merely a day of joyous celebration, with which the day may begin. As the final Sunday of Lent, Palm Sunday commemorates both Jesus’ triumphal entry to Jerusalem and his death on the cross, as the day’s full name is Palm Sunday of the Passion of Christ. It is a day that portrays a stark irony: outside the Jerusalem wall Jesus was welcomed, and outside the Jerusalem wall will he be taken and hung. The church heeds the call of the author of Hebrews:

The high priest carries the blood of animals into the Most Holy Place as a sin offering, but the bodies are burned outside the camp. And so Jesus also suffered outside the city gate to make the people holy through his own blood. Let us, then, go to him outside the camp, bearing the disgrace he bore. For here we do not have an enduring city, but we are looking for the city that is to come (Heb. 13:11–14).

3. Most importantly, commemorating an Advent-oriented Palm Sunday speaks to our struggle in the present day and strengthens our posture of active anticipation of our final salvation.

J. R. R. Tolkien’s The Return of the King, the third and final part of his trilogy The Lord of the Rings, tells of an epic adventus.

Behind the white walls of the impregnable citadel of Minas Tirith sat Denethor, Lord and Steward of Gondor. Tolkien depicts him as “a proud man, tall, valiant, and more kingly than any man that had appeared in Gondor.” He was beautiful and wise “like a great wizard,” and his deep, dark, shrewd eyes saw far, far away. He “[sat] alone in his high chamber in the Tower at night, and [bent] his thought this way and that, [and could] read somewhat of the future; and [he would] at times search even the mind of the Enemy, wrestling with him.” But when the Enemy’s army laid siege to the city and broke through its walls, destroying and killing all in their sight, Denethor, seeing no aid but the Enemy’s Black Fleet sailing toward his city, gave up all hope and chose to burn himself in fire, shouting, “Pride and despair!” (J. R. R. Tolkien, The Return of the King [New York: Mariner Books, 1994], 748, 1030).

Meanwhile, for those still fighting the Enemy’s army on the Pelennor Fields without any hope of victory, salvation came in the least expected way. Sailing toward the citadel on that Black Fleet was none other than Aragorn, the rightful heir of Gondor’s throne, who had passed through the Paths of the Dead and conquered the enemies on the corsairs. With his fierce host of both the living and the dead, Aragorn the King returned and drove the enemies from the fields outside the wall.

Tolkein would disapprove any attempt to turn his epic into a Christian allegory. Yet a Christian reader of The Return of the King cannot help but wonder where and who she would be in the story if her King returned today: A steward inside the wall, despairing, seeing no chance of victory? Or a soldier outside the wall, stricken by fear and wounded with sorrow, yet choosing to continue fighting despite the seeming absence of a savior?

Palm Sunday, in its best celebrations, is a day on which we the church gather—in body or in spirit—and are formed and sent out as a delegation, clad in our best robes of righteousness and courage. We are sent outside our walls of fear, doubt, and despair to meet the coming King in the midst of hopelessness. We are formed and sent out as a delegation to face troubles in this world and battle against the power of death, whether as an addict choosing to stand yet again and resist the sin that so easily entangles, or as a healthcare provider battling against a pandemic, or as one who suffers discrimination and mistreatment but chooses to forgive, lest hatred spread like disease. All presume the final coming of God's kingdom and act accordingly. On an Advent-oriented Palm Sunday, we know not only that we face fierce opposition and ridicule in this world, but that salvation comes in the least expected, most unforeseen way: a baby born of a virgin and laid in a manger, a man from Nazareth riding on a donkey, a “King of the Jews” crucified between thieves, an empty tomb, wind and fire, bread and wine, a trumpet call out of nowhere, yet heard in every ear. 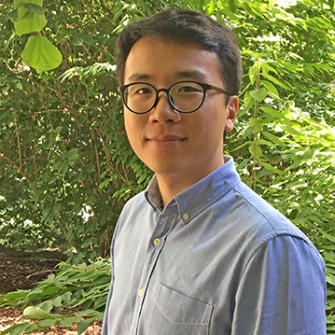