Oakdale Community Choir in Coralville, Iowa, meets in the prison where half its members live. Church choirs and congregations can learn from the principles and practices that make this choir so life-giving. It focuses as much on relationships and potential as on music.

Mary L. Cohen teaches music education at the University of Iowa in Iowa City. She researches the relationship between choral singing and well-being, especially in prisons. In 2009 she launched Oakdale Community Choir, which rehearses and performs inside a prison, so that “outside singers” and “inside singers” could make music together. In this edited conversation, Cohen shares research about how both incarcerated and free groups reconnect with their shared humanity through choral singing.

Where did you learn about prison choirs?

In 2002, while teaching music in an elementary school in Kansas, I read about Elvera Voth, who had started a choir with men in prison. This intrigued me because when I was on the debate team in high school we researched criminal court procedure, and I questioned the logic of putting people together behind bars with no chance for education or rehabilitation.

So I went to hear Voth’s choir sing with community members at a Lutheran church. It was amazing to watch “inside” members sing in harmony with “outside” members in the community in which they'd committed crimes. This inspired me to go back to school in 2003 to earn a PhD in music education. During those four years, I assisted Voth, directed prison choirs, and wrote my dissertation on choirs in prisons.

Why did you start the Oakdale Community Choir?

When I was hired to teach music education at the University of Iowa, I learned about the nearby Iowa Medical and Classification Center, familiarly known as Oakdale Prison. I started Oakdale Community Choir in February 2009 to provide choral singing experiences for men (inside singers) who are not restricted to their units and for women and men (outside singers) in the community who want to learn more about prison systems. Together we have formed a community of caring. We hope to increase awareness of problems in what I sometimes call our criminal injustice system.

People usually look at how to punish someone who has committed a crime. Instead, we can ask, “What harm has been committed, including harm by institutions, systems, and communities? How can the harm be healed?” We can think more creatively, productively, and humanely about restorative justice.

How does the choir work?

Our two annual choir seasons coincide with the spring and fall semesters. We rehearse for two hours every Tuesday evening. Each semester we choose a concert theme, such as changes we choose; evolving lives; truth, justice, and peace; and the “me” some people see. Each semester we perform two concerts in the prison gym, one for people who live and work in the prison and the other for invited guests. However, in the Fall 2018 season, we hosted a “Learning Exchange” with members of the Soweto Gospel Choir, Maggie Wheeler, and Sara Thomsen.

One inside member has been with us all but one season. For his 80th birthday, he got permission to have a sheet cake in the prison gym after choir rehearsal. We showered him with cards, and an outside songwriter sang two of his original songs.

In what ways do particular elements help heal harm and build community among choir members?

Compared to other kinds of musical education, choral singing is unique in two ways. First, the text is an integral part of the experience. One of our outside singers, rhetoric professor Mary Trachsel, started the Writers’ Workshop at Oakdale Prison in August 2009. She helped us get the choir’s reflective writing component started and has helped provide writing prompts for reflection on the semester’s theme and songs. Submitting reflections is optional, and they help us learn more about each other. Some people read their reflections as part of the concert program. We exchange writing reflections with one another, and that exchange provides new ways to build community. In summer 2010, I started the Songwriter’s Workshop. It has yielded 142 original songs that we’ve performed during rehearsals or at concerts.

Second, choral singing has what I have called the “somatic factor,” which means that the musical agent and instrument are one and the same. Singing together helps people combine individual energy with the good of the whole group. Internalizing a sense of group responsibility is especially important for people behind bars. Choir members develop human and musical relationships that positively affect their identities.

How do choir performances help heal harm and build community beyond the choir itself?

We record and archive each concert and also send concert CDs to those on the inside singers’ approved-visitor lists. Some inside singers hadn’t had any visits in six or seven years. But because of the concerts, their family members travel to the prison to hear them sing. Recordings help bridge the divide between incarcerated singers and their loved ones. Original songs such as “The Person I See” and “My Love Always” help people express regret, love, and hope for renewed family relationships. Seeing an inside relative engaged in positive actions makes it easier for family members to talk together.

We also specifically invite certain types of people—university administrators, parole officers, police officers, prosecuting attorneys, potential employers, property owners, community leaders, crime survivors who feel comfortable coming inside prisons—so they can see the humanity and giftedness of people behind bars. One crime survivor wrote a poem and allowed the choir to set it to music. After hearing them sing “Inside a Mother's Heart,” she realized that we are more than the worst things we’ve done and that she is more than a victim.

What research can you share about how Oakdale Community Choir affects people living in prisons?

My research indicates that choir gives inside singers more self-esteem and that writing and sharing original songs helps prisoners cope with incarceration. One man wrote that he had worried that outside singers would look down on him, but their grace and kindness showed him that people outside the prison care about him. Another inside singer wrote that getting to know outside singers can “wake more of us up . . . to who we have been and who we can be.”

Another positive effect I’ve measured is that being in our choir motivates inside singers to join other programs in the prison, such as Songwriters’ Workshop, parenting class, job club, book club, or a new University of Iowa Liberal Arts Beyond Bars program. Arts in Prison, founded by my mentor, Elvera Voth, reports on its website: “The recidivism rate among former East Hill Singers, our longest-running program, is 18 percent as compared to 32 percent for the state of Kansas and greater than 50 percent for the United States.”

What results do you see among community people who enter the prison to rehearse, perform, or attend a concert?

People tell me they entered the prison with stereotypes about prisoners. After talking with or listening to inside singers, many community members say this or something similar: “I quickly learned that the prisoners were human beings, had feelings, and wanted to sing.”

Daniel Kolen had been doing crime-based documentaries and was nervous that his mom was going inside Oakdale Prison each week for choir practice. So he drove from Chicago for a concert. That experience completely changed his perspective and inspired him to create The Inside Singers, a documentary now in post-production.

Have you noticed any ripple effects from this prison choir?

Reading about our choir in a Prison Fellowship newsletter inspired Johnathan Kana, who had been released from a Texas prison, to ask about writing a song for us. His “Life Within These Walls” song describes outside visitors, such as choir members or other volunteers, as forms of “stranger’s unseen grace.” Kana and some former or current inside singers such as Perry Miller and Richard Winemiller have been coauthors with me on papers I’ve presented at academic conferences or published in books or journals.

The Chicago Symphony Orchestra and violinist Yo-Yo Ma performed our song “May the Stars Remember Your Name.” Heartbeat Opera recorded our choir singing parts of “The Prisoner’s Chorus” in Beethoven's Fidelio. The audio and video were broadcast during a live performance of Fidelio in New York City. In 2020, to celebrate Beethoven’s 250th birthday, Heartbeat Opera will perform it again through the Live Met broadcast.

A former inside singer wrote the song “I Pray for You” to convey his love for his then-estranged family. How can the church on the outside pray for prisoners in general or for churches on the inside?

The best things the church on the outside can do are supporting returning citizens, learning more about prison system problems, and being activists for positive change. You can do this through reading books, watching documentaries, and making personal connections with people impacted by prison systems—family members, spouses, children, or neighborhoods.

To learn about racist prison system practices, watch the documentary 13th and be aware that the 13th amendment has not stopped slavery completely. Read Shane Bauer’s American Prison: The Business of Punishment and watch some of his videos about working undercover as a private prison guard. 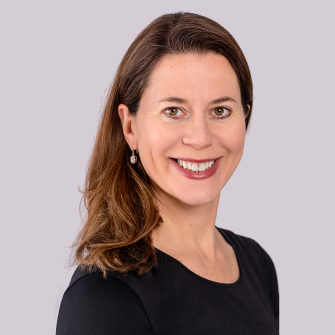 What Inside Songwriters Can Teach Outside Churches about Worship
A songwriting class in a North Carolina prison taught eight women to write biblical songs that touch congregations inside and outside prison walls.
Read more »