Ephesians 4 calls Christians to “one Lord, one faith, one baptism” unity. Yet many Christian traditions don’t allow full communion with other denominations. Kimberly Hope Belcher’s new book Eucharist and Receptive Ecumenism: From Thanksgiving to Communion, offers steps toward greater unity.

Kimberly Hope Belcher is an associate professor of theology at the University of Notre Dame. She researches sacramental and liturgical theology and rituals, and she serves on the Calvin Institute of Christian Worship’s Vital Worship Grants Advisory Board. In this edited conversation, she discusses her new book Eucharist and Receptive Ecumenism: From Thanksgiving to Communion.

Who is the audience for your new book?

In this book, I talk to theologians and church members who are already in ecumenical conversations with other churches, especially around the Eucharist. I’m writing for a Roman Catholic audience, but also for Episcopalians, Lutherans, Methodists, Reformed Christians, and others who explore the sacramental theology of baptism and the Eucharist.

Parts of Eucharist and Receptive Ecumenism may seem too academic for ordinary Christians. But I try to provide onramps for understanding as I did in my book Efficacious Engagement: Sacramental Participation in the Trinitarian Mystery.

Why did you write it?

I take part in many ecumenical conferences and conversations about the sacraments. I remember a Methodist-Catholic dialogue where it felt so painful for us to commune only Methodists in one worship service and only Catholics in another worship service. In canon law, Roman Catholics aren’t supposed to take communion in other churches. But some of us in ecumenical theology do.

Many ecumenical scholars say, “We need an open table. And we need it yesterday!” I don’t disagree. But I think we need intermediate steps to arrive at that goal.

What intermediate steps do you propose?

We can do at least three things. First, we can practice receptive ecumenism to focus more on what unites us than divides us in eucharistic practice. Second, although the Roman Catholic Church doesn’t normally commune Christians from other churches, there are pastoral exceptions. We can discern eschatological hope and hospitality in these exceptions. Finally, we can outdo one another in showing honor.

What is the “receptive ecumenism” mentioned in your book title?

The term comes from a conference hosted by Paul D. Murray, a Roman Catholic lay theologian at the University of Durham in England. Receptive ecumenism is about learning from each other and growing in unity rather than teaching each other about our theological differences. The latter approach uses our differences as litmus tests to keep us separate.

My book looks at different terms, models, and practices of the Eucharist as gifts we can share with each other. Eucharist means “thanksgiving.” Recovering the idea of thanksgiving at the heart of the Eucharist in the early church gives us a full, thick, positive understanding of communion as giving thanks to God. Rightly understood, the eucharistic prayer of thanksgiving safeguards the truths that God is sovereign, God gives, and we respond. That’s what really binds all Christians as a visible witness to Christ’s presence among us.

What gifts have you received from other traditions’ insights about communion?

Lots of Protestants are not comfortable using the terms “sacrifice” or “transubstantiation” in the eucharistic celebration. Luther objected to the language of sacrifice, and some Lutherans still think that Catholics believe Jesus had to be sacrificed to God to ameliorate God’s wrath. This would mean that in the Eucharist, we are offering this great gift, which is Jesus, to God. Contemporary Catholics’ writings don’t talk at all like that about sacrifice.

But I’m happy to receive a Lutheran critique because it gives us all a chance to reclaim a cosmological sense of the Eucharist. Christ is on our side of the table, offering creation back to God in thanksgiving as an act of stewardship.

I appreciate the Calvinist emphasis on communion as a memorial of Christ’s presence in the community. The Reformed emphasis on thanking God at daily meals reminds me of communion and our social responsibility to make sure that all people have enough to eat. At times, our high Catholic theology of the Eucharist can obscure those connections. Ratzinger (Pope Benedict XVI) wrote about how it’s problematic to talk about communion as a meal because, in human practice, meals have become downgraded to TV meals, grazing, and eating separately.

How does your book ask readers to practice receptive ecumenism?

I ask Roman Catholic readers to take seriously any critiques and implement Christian ministry differently. For example, consider the Presbyterian church down the street. When the whole assembly there prays together over the bread and wine (or juice), then they are doing a eucharistic prayer. We have to recognize the Holy Spirit at work in them. All of us, whether Roman Catholic or Presbyterian, are doing the work of the whole universal church to visibly manifest unity in Christ.

Scriptural language in the psalms depicts the world as a table spread for God’s people. I want us to connect this scripturally thick understanding to ordinary acts of thanksgiving in our own lives, the Eucharist, and creation as a whole. If the Eucharist helps us to embody Christ coming to dwell with us, then it should help us make discernments about hunger, poverty, and ecology.

When does the Roman Catholic Church allow pastoral exceptions to its ordinary eucharistic rites?

Roman Catholic clergy practice hospitality and hope when they commune people outside a regular Sunday eucharistic liturgy. This may happen during funerals, during the Paschal Triduum [Maundy Thursday through Holy Saturday], or in a hospital or war when someone is dying, even if they are not Catholic.

Brother Roger Schütz, a Swiss Reformed pastor who founded the ecumenical Taizé Community in France, received communion in daily Roman Catholic celebrations at Taizé, from Pope John Paul II in Rome, and from Cardinal Joseph Ratzinger at John Paul II’s funeral. By communing with Catholics while remaining Reformed, Brother Roger communicated the remembered call and prayer of Christ at the first communion (John 17:22) for all Christians to be one as he and the Father are one.

As I explain in Chapter 8, “Exceptional practices . . . bear witness . . . that the partial communion established between Christians by our baptism will be fulfilled in the kingdom. Full communion is our destiny, and if it is our destiny, it is also our task.” We must be willing to sacrifice some comforts to manifest our eschatological unity already in this world.

Can you explain the title of your chapter 9, “Outdo One Another in Showing Honor”?

I ask in my book that we take Romans 12:10 as our starting point and outdo one another in showing honor. Or, as the Rule of Benedict states, “All guests who present themselves are to be welcomed as Christ.” Rightly offering the eucharistic sacrifice obligates us to show ecumenical charity. We should consider other Christian churches’ flourishing or detriment as our own, because Jesus prayed that we would all be one, as he and the Father are one, so that the world would know God loves them.

This means we should spend less time drawing supposedly protective boundaries around communion. We should spend more time discerning practices that would contribute to visible unity without straining disciplinary or doctrinal differences. Besides recognizing the validity of baptism across Christian traditions, we can see our giving thanks during the eucharistic prayer as communing together around Christ’s heavenly altar. Christians sometimes experience this unity while realizing that many Protestant eucharistic prayers use language similar to Catholic eucharistic prayers.

Roman Catholic bishops should grant limited permission for Catholics engaged in ecumenical work to receive communion from our partners.

We can invite other Christians to preach, read the gospel, or celebrate communion on our altars. For now, however, canon law doesn’t allow clergy from other traditions to concelebrate the Eucharist with Catholic clergy.

As a practice in the meantime, we could adapt an old tradition, no longer used, of sending a fragment of the eucharistic host from the altar of one Christian church to another. By exchanging fragments of our communion bread, we could honor one another and express a eucharistic communion fuller than the “partial communion” we now acknowledge based on baptism, but still not full intercommunion.

Catholic churches could send a fragment to, say, an Episcopal altar, and receive a fragment in return to place in their own communion cup. That’s how we demonstrate mutuality and care and our respect for one another’s well-being.

Married couples and children of families from different churches should be granted dual church “citizenship.” Thanks to ecumenical dialogues, the Catholic church recognizes Reformed baptism as valid. So why are children eligible for Catholic communion only if they’ve been baptized in a Catholic church? It puts families in a tough spot.

In my Notre Dame undergraduate ecumenism classes, many kids who grew up in an ecumenical household express a sense of loss. They end up knowing more about one parent’s Christian tradition than the other’s. They often feel they were raised in the church that wasn’t for them. Instead of encouraging these kids to receive the wealth of both traditions, institutions often force them to choose. When someone comes to us from another tradition, we need to not reinforce their rejection of their former church. Instead we should encourage them to value what they learned—unless it was spiritually abusive. We should say, “The Holy Spirit was working in your former tradition and brought you to where you are now.”

But if canon law prevents Roman Catholics from communing in other churches, how can this all happen?

Like any law code, Roman Catholic canon law changes over time as our understanding and circumstances change. The current code was revised in 1983, so it reflects the situation of forty years ago. But as John Paul II said in Ut Unum Sint (1995), “As the Church turns her gaze to the new millennium, she asks the Spirit for the grace to strengthen her own unity and to make it grow towards full communion with other Christians” (paragraph 102). This growth will be reflected in our law as in every other aspect of our life together.

Catholics and Protestants have often observed the October 31 commemoration of the Protestant Reformation as either a separation from the one true church or an evangelical liberation from the Roman yoke. Kimberly Hope Belcher suggests ways to practice ecumenical unity in Eucharist and Receptive Ecumenism: From Thanksgiving to Communion. Her family uses this Liturgical Press Holy Week resource to “outdo one another in showing honor.” Read Belcher’s article “Can Catholicism Still Draw from Ecumenism’s Wells?”

Read a Taizé Community essay on sharing the Eucharist as a witness to solidarity in shared life with God. Gerard Kelly’s lecture “A New Ecumenical Wave” traces the rise of receptive ecumenism. 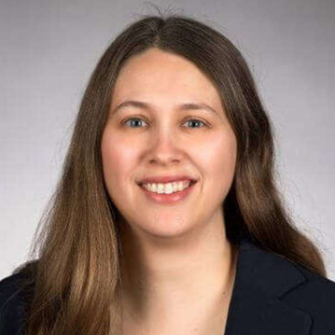 Worship Resources for the 500th Anniversary of the Protestant Reformation
Martin Luther posted his ninety-five theses on the door of the Wittenberg Castle Church on October 31, 1517. This worship resource guide will help your community plan services of grace and truth as you commemorate the five hundredth anniversary of the Protestant Reformation or plan worship for a Reformation Sunday.
Read more »