Sometimes it is easier to use the Bible to look back at what God has done than to see what God is working toward. First Baptist Church of McMinnville, Oregon, includes testimonies in worship so that people can see how their lives are part of a story God is still telling.

Erika Marksbury is senior pastor of First Baptist Church of McMinnville, Oregon. The church received a Calvin Institute of Christian Worship Vital Worship Grant, which helped develop a congregational practice of storytelling and testimony during its 150th anniversary year. In this edited conversation, Marksbury talks about how and why the congregation began using more testimonies in worship.

Why did you start asking congregants to tell stories as testimonies more often in worship?

After church, I often hear, “Your sermon reminded me of the time when….” And I think to myself, “I wish everyone could hear that story.” Also, we got a Vital Worship Grant the year before our 150th church anniversary so that we could explore how our lives are part of the story God is still telling.

Our congregants take part in so many small groups and ministries. They share rich experiences, but their stories often remain within their group or ministry. Telling those stories—in worship—invites more people into those ministry moments. The testimonies let the storytellers know we value their work and helps the gathered congregants be and feel a part of that work.

Why do you say that our lives are part of the story God is still telling?

During our grant year, we began talking about how the whole of our faith is a story. God is a storyteller, and we are part of the story that God is telling. The worship experience itself is a story we tell as a congregation. We come together and tell the story of who we believe God to be, how we have encountered God, and who we are called to be in light of that encounter. When we sing, read scripture and interpret it together, or pray for our needs and the world’s needs, we are shaping a communal story about being God's people,

How do you help your congregants see their stories as worth telling?

Our grant project brought people together in book groups, how-to workshops, and an intergenerational storytelling event. We experimented in worship with breaking into small groups to briefly share stories with each other. For example, on All Saints Day, we described those who had been saints in our lives. During a sermon series on the Prodigal Son, we broke into small groups, so people could share their own experiences with that scripture. Even people who don’t want to give a testimony to the whole congregation are often willing to share in small groups.

All this created in people a greater level of comfort and ease with their own sharing and encouraged them to trust that their story is worth telling. They began to see their lives as ways that God is alive in the world.

Do you use the Christian year or lectionary to plan worship?

As American Baptists, we move in rhythm with the liturgical seasons of the early Christians. We always do Advent and Lent. We don’t necessarily follow a lectionary. I usually preach five to eight sermons in a series, so I have the general themes and scriptures worked out weeks ahead of time. We plan songs a few weeks ahead.

How do you identify people who can give testimonies?

As a preacher, I know what I think I’m saying. Later, someone will tell me, “When you talked about this, I thought about that.” It’s surprising to learn how my stories spark new connections and stories. These conversations with congregants stick with me, and I sometimes ask people to tell those stories during a relevant sermon series. I also heard stories during our intergenerational storytelling event and through a story recording project we did for several months.

How do you prepare people to give testimonies?

We ask people at least two or three weeks ahead to share their testimony. We give them the scripture and sermon theme for that Sunday and say, “I wonder if you have a story that connects.” We ask them to speak for about five to seven minutes. We suggest they write it out and make the testimony personal, because that’s where people connect, more than sharing doctrine.

Do you always know ahead of time what a person will say?

We don’t vet or rehearse the testimonies, though some people volunteer information on what they’ll say. You never know how the story will turn out in worship, because people have different ways of articulating them. Many people keep to the requested time. One guy was up and down in two minutes. Other people have more to say, or they start talking extemporaneously. Our early service gets out just before Sunday school starts, so I make my sermons shorter on the Sundays that include a testimony. Someone shares a testimony in about a third of our services in a given year.

Is there a testimony that you especially remember?

Here are two stories, the first from a sermon series on “Opening to the Other.” We looked at scriptures about encounters Jesus has with “others” of his time, people who push some sort of boundary. We listened for how those encounters changed Jesus, such as in Luke 8:40, 43-48, where Jesus feels the power go out from him after the hemorrhaging woman reaches out to touch him and is healed.

A new father talked about his daughter’s birth as an experience of encountering the unknown and being changed, opened up by this other. He explained how holding his baby daughter, thinking about who she might grow up to be, made him understand for the first time that God’s love for him might be like that. It was really tender to hear his testimony.

The second testimony was from a woman scheduled to give her testimony after a sermon on the Good Samaritan. She talked about directing To Kill a Mockingbird at a local theater. Twenty years ago, she had dreamed of directing the play but had assumed that by the time she was mature enough to do so, issues of racial tension would be irrelevant. But, actually, her cast was in rehearsal during the Unite the Right rally, where three people were killed in Charlottesville, Virginia. African-American cast members shared stories that opened up and saddened her. She compared that experience and To Kill a Mockingbird to the ancient story of the Good Samaritan. It was meaningful to have all those layers connecting scripture and our communal life of faith.

Read Tell It Like It Is: Reclaiming the Practice of Testimony by Lillian Daniel. 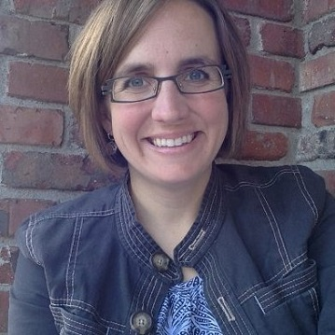 Speech Communication in Worship
A showcase featuring some thoughtful resources that can help all who participate in worship through public speaking do so hospitably, succinctly, wisely, and with imagination.
Read more »

Storytelling and Testimony in Christian Worship
Celebrating its 150th anniversary led First Baptist Church of McMinnville, Oregon, into a practice of storytelling and testimony in worship. They learned how stories cross boundaries and time and connect people with God’s big story.
Read more »

Isaac Wardell on Bringing Work into Worship
Daily work, paid and unpaid, consumes our lives, energy, and minds—even when we are in church. Here are ways to plan worship so people see themselves and their work as instruments of God.
Read more »