Praise and worship music can lift worshipers’ hearts to God and unite people across culture, religious tradition, and background. But the genre is not meant to be the only kind of music in a congregation’s repertoire.

Birgitta Johnson teaches world music, African American music, African music, and ethnomusicology at the University of South Carolina in Columbia, South Carolina. She publishes widely and for years has researched music in black megachurches and the rise of praise and worship in African American congregations. In this edited conversation, she addresses stereotypes about praise and worship music.

How is congregational singing different from other kinds of singing in church worship?

Imagine singing the classic hymns “Amazing Grace” or “O for a Thousand Tongues to Sing” with your whole congregation. If the choir leads the song or even if there is no choir, a congregation usually can join their voices to proclaim “how sweet the sound” and “spread through all the earth abroad” the honors of God’s name. Other genres that lend themselves to spotlighting skilled soloists or complex arrangements sometimes can put congregations in spectator roles during musical worship.

What distinguishes praise and worship music from other church music genres?

Some hymns and gospel songs have similar lyrical elements. However, the praise and worship genre removes barriers that might prevent people from joining in. The lyrics are simple and repetitive, often in a call-and-response style, so you can catch on even if you can’t read musical notation. The music often includes a lot of unison singing so that even the most inexperienced singers can easily join in. Praise and worship can use musical features of rock, folk, gospel (southern and black traditions), Latin, world music, rap, country, and pop genres. This stylistic diversity reaches across cultures to include more people in participatory worship.

But don’t some people think of praise and worship as a performance that you mainly watch?

Unfortunately, yes. That has become the case more and more in today’s churches. The industry popularity of praise and worship has flooded the airwaves with songs that have gotten away from the genre’s original intent. Praise and worship was formally developed by church ministries like Maranatha! Music and the Vineyard churches in southern California as well as Hillsong in Australia decades ago because they wanted to keep congregational singing alive and encourage worship and praise to God during services using music and prayer. Talented choirs and praise bands had often taken over much of the music making in many churches, leaving congregants as spectators or minimally involved in singing during church services.

Praise and worship exploded in the 1980s and 1990s because believers were not only being welcomed back into the music-making aspects of church worship but were being introduced to songs and styles that could be sung in groups or alone, in worship services, or during the week outside of church spaces. Unfortunately, today some music leaders and pastors select praise and worship songs that aren’t conducive to congregational singing. These songs have complicated rhythms, several-part harmonies, too many key changes, and vocal ranges that are wider than the average person can easily sing. In those situations, worshipers become anonymous spectators at best or even less spiritually engaged church members at worst .

How would you describe the ebb and flow of congregational singing in churches you’ve studied?

Congregational singing and emotive worship have always been hallmarks of the African American Christian worship experience. Black churches often view music as on par with or almost as important as preaching in church worship. In addition to singing passed down through oral tradition, publishing hymnals and song books to promote congregational singing has a long history in traditions ranging from African Methodist Episcopal Church and the African Methodist Episcopal Zion Church, to the National Baptist Convention, USA and the Church of God in Christ (COGIC).

As African Americans migrated from rural to urban areas, gospel music emerged and gained popularity alongside hymns and other sacred music. By the 1950s, black churches started using more gospel and sacred music written for church choirs and soloists. Since the 1960s, modern and contemporary gospel music has become more complex. Many black churches form multiple choirs, often specializing in particular genres to provide a variety of sacred music and engage members with different preferences. However, the rise of choirs and soloists can shift focus away from congregational singing in some contexts. Churches who want to keep congregational singing alive are finding that they have to be creative and intentional about it.

How has congregational singing rebounded in black churches?

Two parallel movements occurred during the 1980s and 1990s: the revival of hymns and the rise of praise and worship music that pulled from black gospel and black church music traditions. While gospel music dominated and still dominates the worship in many churches today, the revival of hymn singing by gospel artists, singing preachers, and even recording choirs introduced cherished hymns to new generations via new instrumental accompaniments or thematically organized medleys. Albums by Rev. Clay Evans and the Friendship Baptist Church Mass Choir, Bishop G.E. Patterson, Fred Hammond, John P. Kee, the West Angeles COGIC Mass Choir (Saints in Praise, Volumes 1, 2 & 3), and more gave second and third lives to hymns that have been essential to black church worship for generations.

Praise and worship music had become a mainstay in white Contemporary Christian Music (CCM) by the 1980s. However, in the late 1980s some pastors and church musicians pioneered using praise and worship in African American congregations. Gospel artists Andraé Crouch and Thomas Whitfield were pioneers in this vein during the 1970s, but, by the 1980s, churches started to experiment with modified CCM-produced praise and worship for black gospel contexts.

What can praise and worship music do for congregational singing perhaps even better than other genres can?

When the lyrics are explicitly God- and Christ-centered, it can help the congregation focus musically on praising and giving honor to God and God alone. You’re not singing a topical song about God. You’re not asking for anything from Him or singing a testimony to other believers about what God has done for you. You’re simply joining sisters and brothers in giving God honor with the fruit of your lips—musically.

That said, vertically oriented lyrics in hymns and gospel songs can also help us meditate on Christ and God. Some hymns and gospel songs have the same spiritual and emotional impact as praise and worship when they are arranged similarly with moderate tempos, comfortable singing ranges, and simple, straightforward lyrics. In the case of praise and worship, this pared-down aspect frees you from thinking about reading a hymnal or staring at screens for lyrics. You can just sing along and become more mindful of your relationship with God in the moment.

What, if anything, do churches miss out on when they mainly or only use praise and worship music for congregational singing?

The lyrical content of praise and worship is great but limited. It doesn’t often deal with mourning, grief, fear, or other aspects of the Christian experience. What happens when your congregation and community are dealing with catastrophic fires or hurricanes, for example? Many hymns and gospel songs deal with subject matter that praise and worship isn’t always equipped to touch head-on.

The congregation doesn’t get fed musically if you only sing praise and worship songs. It’s like going to a buffet and only choosing mashed potatoes. Many hymns, gospel songs, spirituals, and anthems have lasted because they spoke to people. In my research, I found some members wouldn’t respond to praise and worship music. Or they’d just come late so they could skip that segment. Many times people in our churches need musical encouragement for life challenges like caring for elderly parents. Focusing solely on praise and worship limits the reach and depths of music ministry in many of today’s churches. 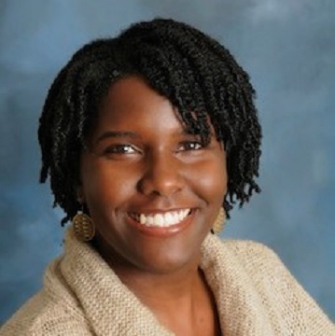