An Architecture of Immanence

An Architecture of Immanence

Modern architecture has heavily influenced the construction of new sacred spaces, producing a new way of building that emphasizes God's coming near to us.

Baroque, Gothic, Romanesque, Greek. These traditional architectural styles are easily recognizable in public buildings and especially in houses of worship. Each has a particular influence on sacred space, and all tend to highlight the utter transcendence of God.

In An Architecture of Immanence Mark Torgerson asserts that modern architecture has heavily influenced the construction of new sacred spaces, producing a new way of building that emphasizes God's coming near to us.

Torgerson begins by discussing a proper understanding of God's transcendence and immanence and showing how church architecture has traditionally interpreted these key concepts. He then traces the theological roots of immanence's priority from liberal theology and liturgical innovation to modern architecture. Next, Torgerson illustrates this new architecture of immanence through particular practitioners, focusing especially on the work of theologically savvy architect Edward Anders Sövik. Finally, he addresses the future of church architecture as congregations are buffeted by the twin forces of liturgical change and postmodernism.

A celebration and exploration of the modern conception of sacred space, An Architecture of Immanence will interest architects, liturgists, and all Christians who seek to read the sacred spaces of the recent past. 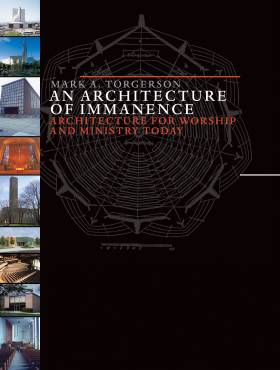 The Embrace of Buildings
In a culture long enamored of the suburban ideal, Lee Hardy invites readers to reconsider the many advantages of living and working in walkable city neighborhoods.
Read more »